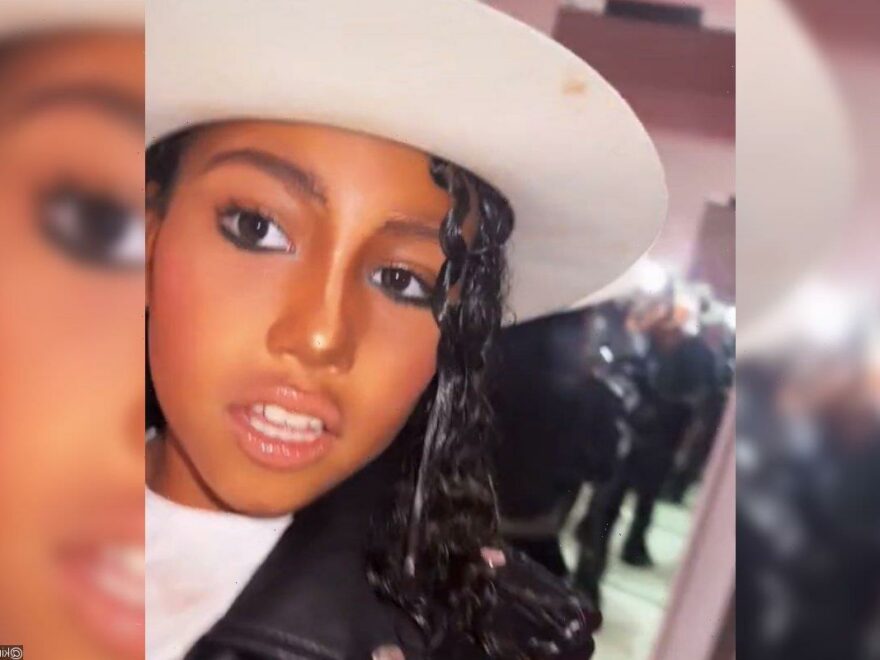 In a new TikTok video, the 9-year-old, whom the reality TV star shares with ex Kanye West, is seen dressing up as the King of Pop while wearing the music icon’s ‘Smooth Criminal’ hat.

AceShowbiz –Kim Kardashian‘s oldest daughter North West is showing off her second costume for 2022 Halloween. In a new TikTok video, the 9-year-old was seen dressing up as Michael Jackson while wearing the music icon’s hat.

The clip saw North, whom Kim shares with ex-husband Kanye West, having fun with her friends who were also dressing up for the festivity. Channeling the “Billie Jean” hitmaker, North rocked a white T-shirt and paired it with a black leather jacket. She completed her transformation with a pair of black gloves, spot-on makeup, curly hair and Michael’s actual “Smooth Criminal” hat.

Upon watching the TikTok clip, some fans revealed that they found it weird. “She just be buying dead ppl s**t,” one person said of Kim. Echoing the sentiment, another Instagram user wrote, “That’s weird asl leave that man hat alone.”

A person, meanwhile, went as far as accusing “The Kardashians” star of practicing “dark magic.” The person wrote, “I’m convinced they are into dark magic. What’s with wanting to possess dead celebs items? This one bothers me. Leave Michaels stuff alone, if anything it should be in the hands of his kids/family. And if not them, a museum. Probably can’t name more than one MJ song.”

Someone, meanwhile, was more concerned about North and her friends lip-syncing to Juicy J‘s verse on Katy Perry‘s “Dark Horse” that read, “She’s a beast, I call her Karma/ She eat your heart out like Jeffrey Dahmer.” The user said, “Not kids singing about Dahmer I’m disgusted.”

Kim gifted their daughter the fedora hat, which the King of Pop wore in his 1988 music video for “Smooth Criminal” from an auction back in 2019. She also got North one of Michael’s famous embellished jackets. “Along with jacket, North also got Michael’s Smooth Criminal hat. It still has his makeup on it,” the mom of four captioned the photo at the time.