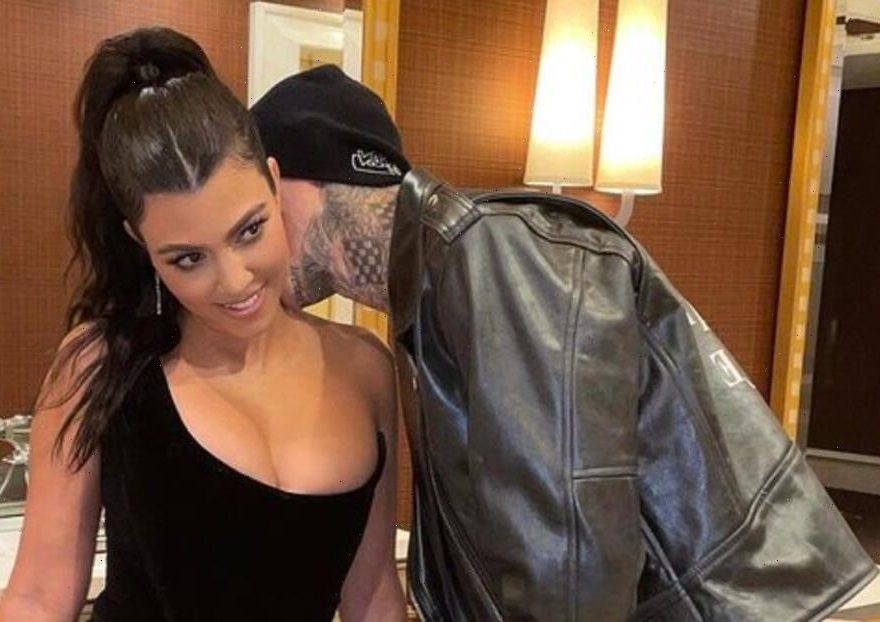 Did Kourtney Kardashian and Travis Barker just tie the knot in Vegas? Because there is some incriminating evidence from their trip this past weekend that sure makes it seem like they did.

Kravis had themselves a weekend in Vegas, complete with sexy couple shots, fake vampire fangs for Kourtney, and Jumbotron makeout sessions. And it may have been even more eventful than we thought.

Kardashian's hairstylist Glen Oropeza (a.k.a. @glencocoforhair) posted a series of photos to his Instagram of the seemingly happy couple writing, "…NOWWW I understand why ppl tie the knot in Vegas 💒🥲🖤 There's nothing like love AND a good time 🥳."

That post alone is pretty convincing, but according to Just Jared, Barker's daughter, Alabama Barker, also posted a photo to her Instagram story writing, "So happy for you guys." Kardashian also reposted Alabama's story.

What's more, the Poosh founder posted to her IG story a video of white roses from her sister Khloé Kardashian that were waiting for her when she arrived home from Vegas. And just last week, Kourtney was spotted at Disneyland wearing bridal Minnie Mouse ears complete with a veil and all, according to influencer and podcast host Amanda Hirsch (a.k.a. @notkkinnybutnotfat).

And if all that doesn't have you convinced, Kourtney and Travis have had marriage on the brain either way. A source close to Kourtney told E! News that the two are having serious conversations about the future.

"They are head over heels and never experienced love like this," the source said.  "Kourtney is the happiest. Travis adores her and treats her so well. It's very different than her other relationships and all positive."

The source added that the couple isn't "shy about talking about their future plans of being together. It's a special love and they want to celebrate that and enjoy it."