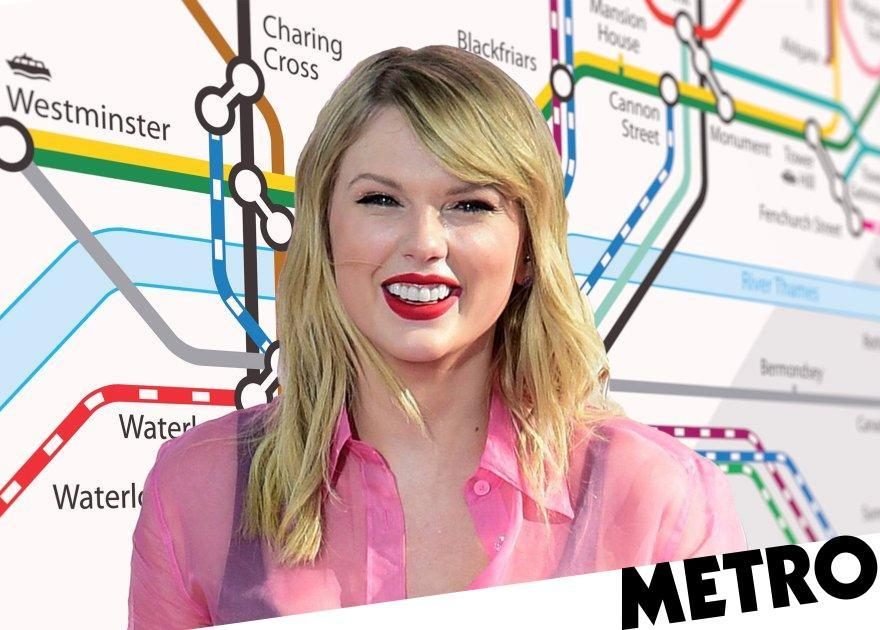 Taylor Swift’s love song to Joe Alwyn and London Town references all her favourite places in the city, but it looks like she’s set herself up for one heck of a commute, judging by the lyrics.

One fan has gone to the (frankly impressively detailed) effort of working out how much it would cost Taylor to travel between each of the locations mentioned in her song – and the fact it would take her over five hours to complete.

We’re going to ignore a few minor discrepancies (the daily fee cap on an Oyster card as well as the fact her boyfriend actually went to University of Bristol and not Imperial College) and just appreciate the level of effort this guy has gone to.

The Twitter user going by @EthanDuffmanB wrote: ‘I worked out every single commute Taylor Swift would need to do in her London Boy song. A VERY DETAILED THREAD.’

With locations ranging from Camden Market to Highgate, the West End, Bond Street and Hackney, it’s safe to say Taylor’s probably pretty au fait with the London Underground at this point (not that we could ever imagine TayTay sweating it out on the Central line…).

The thread concludes with the grand total of the whole journey being £24 (or like, £7-10 if it’s on an Oyster card) and a huge five hours and fifteen minutes trudging around on the tube (and a night bus chucked in for good measure).

Taylor’s definitely got to know London better since dating a host of British men (Harry Styles, Tom Hiddleston and Joe Alwyn please stand up), but we’re never going to be ok with hearing ‘I fancy you’ in an American accent.

She’s been dating Joe since around May 2016 and rumours recently surfaced that the couple could be engaged thanks to the lyrics to her song Lover.

The like in question says: ‘My heart’s been borrowed and yours has been blue. All’s well that ends well, to end up with you’.