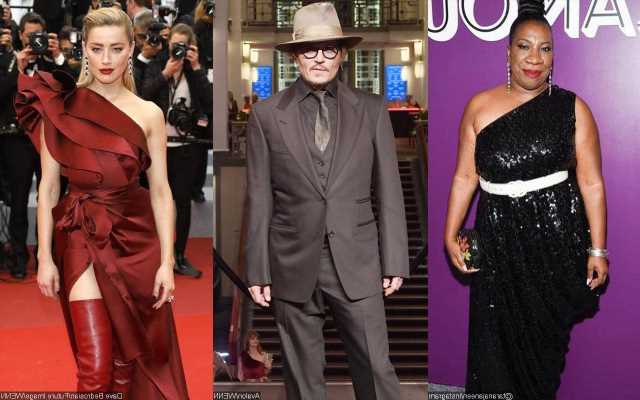 Posting a long statement in the wake of a jury verdict regarding the defamation case involving the ‘Pirates of Caribbean’ actor and the ‘Aquaman’ star, the 48-year-old activist insists that the ‘Me Too’ movement isn’t dead.

AceShowbiz -Tarana J. Burke has insisted the Me Too movement she founded is not dead in the wake of Johnny Depp‘s court victory over Amber Heard. The 48-year-old activist posted a long statement in the wake of a jury verdict on Wednesday, June 1 that decided the “Pirates of the Caribbean” actor had been defamed by his ex-wife and said she had falsely accused him of domestic abuse.

“The ‘me too’ movement isn’t dead, this system is dead,” Burke pointed out. “This is the same legal system that y’all have been relying on for justice and accountability for decades to no avail. When you get the verdict you want, ‘the movement works’ – when you don’t, it’s dead.”

Referencing the sex assault cases against Harvey Weinstein and Bill Cosby, she went on, “When Weinstein went to jail it was, ‘me too is winning!’ When Cosby came home it was, ‘What a blow, me too is losing!'”

“In the meantime – millions of people who have never been able to utter the words ‘it happened to me’ have released the shame that wasn’t theirs to carry in the first place,” she added, “we have built the country’s first political agenda created solely by Survivors.”

“And for the first time since Anita Hill took the stand three decades ago we’ve had a sustained national dialogue about, not just sexual harassment, but the spectrum of sexual violence in this country,” she continued reasoning. “That’s in addition to various laws and policies passed, etc. This movement is very much ALIVE.”

“You all want to play ping pong and have your way with the hashtag because it doesn’t mean anything to you so you try to kill it every few months. But it means something to millions and millions of folks,” she went on stressing. “It means freedom. It means community. It means safety. It means power. You can’t kill us. We are beyond the hashtag. We are a movement.”

Anita Hill became a national figure in 1991 when she accused U.S. Supreme Court nominee Clarence Thomas, who was her supervisor at the United States Department of Education and the Equal Employment Opportunity Commission, of sexual harassment, which he denied.

The “#MeToo” movement spread as a viral hashtag encouraging women to speak up about their sexual harassment experiences after a mass of rape allegations emerged against Hollywood producer Weinstein.

Comedian Cosby has propelled the movement into headlines again as he is currently facing sex abuse allegations in a civil trial, after a Pennsylvania appeals court threw out his criminal sexual assault conviction and freed him from prison 11 months ago.

Depp’s victory over Heard has led a mass of commentators and activists to say the jury’s verdict will discourage victims of domestic abuse from coming forward.