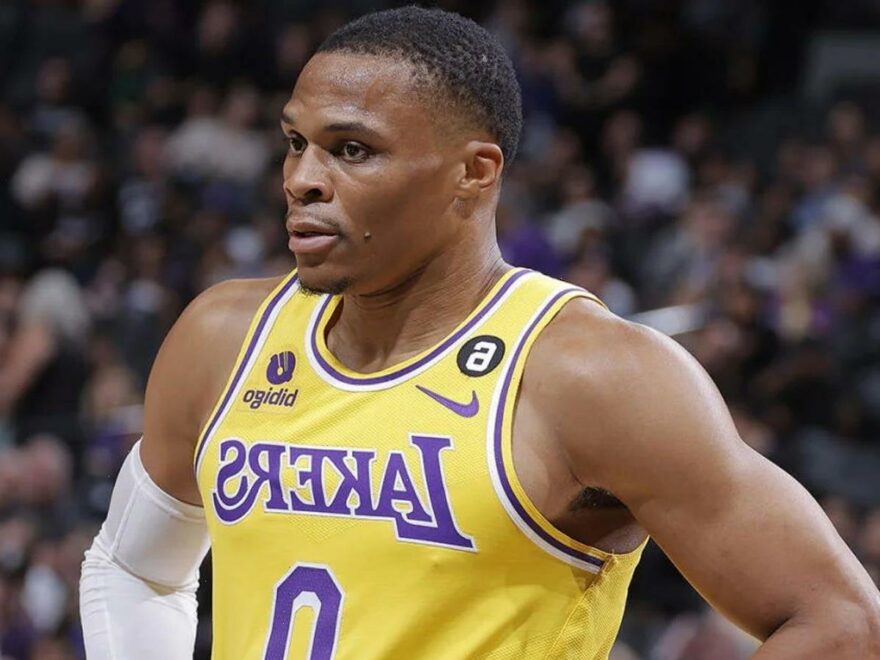 American professional basketball players for the Los Angeles Lakers of the National Basketball Association Russell Westbrook and LeBron James have had their fair share of struggles on the court. Now, let’s see how the two Lakers do as neighbors.

Roughly a month after Westbrook put his Los Angeles mansion on the market, he dropped $37 million on another bonkers Brentwood residence. The 13,500-square-foot home was formerly owned by Formula One heiress Petra Ecclestone and just so happens to be right across the street from James. Ecclestone and her husband, Sam Palmer, bought the estate back in 2019 for $22.7 million and made a slew of renovations over the years. Palmer, an agent at Hilton & Hyland, represented the transaction, per Robb Report.

“I am delighted to announce the off-market sale of our family home, Vita Nova, in Los Angeles,” Palmer said in an Instagram post. “In 2019, @petraecclestoneofficial and I purchased a modern farmhouse and spent several months redesigning, upgrading materials and finishes, and adjusting the floor plan to provide a better flow for our family living. We had a vision and strong belief that if we enhanced the design quality, we would create a beautiful home rarely seen in LA.”

Though his $30 million Brentwood Park mansion only just popped up for sale, NBA star point guard Russell Westbrook has already bounced into some pricey new digs! Also located on the Westside of Los Angeles, the new place just happens to be directly across the street from the main residence of his Lakers teammate LeBron James. Westbrook and his longtime wife Nina Earl paid London-born Formula One racing heiress Petra Ecclestone $37 million for the modern farmhouse-style mansion, as was first reported by the Sports Illustrated website The Spun. That’s around $14 million more than the youngest daughter of British billionaire Bernie Ecclestone and her husband Sam Palmer, a Hilton & Hyland real estate agent, doled out for the newly built place in summer 2019, mere days after selling the infamous Spelling Manor in Holmby Hills for a record $119.7 million in cash.

Tucked away behind gates and high hedges in a prime pocket of Brentwood — and affectionately christened Vita Nova (“new life”) by Ecclestone — the white and brown wood-sided structure rests on a nearly half-acre parcel of hillside land offering up views of the Pacific. Built on spec in 2018 by Cutting Edge Development, founded and owned by Santiago Arana of The Agency and his business partner David Herskowitz, the property features eight bedrooms and 13 baths filtered across 13,500 square feet of living space, according to Dirt.

Because the transaction took place off-market, photos and details are scarce. But some digging reveals that the three-story spread comes complete with an elevator and sliding glass doors spilling out to the backyard, which hosts an al fresco dining patio, plus a pool and spa surrounded by a sundeck. There’s also a two-car garage out front. During their tenure, Ecclestone and Palmer converted a detached 10-car garage on the premises into staff quarters holding several glass-walled offices, a break room and professional-grade laundry operation with dry-cleaning capabilities, per a 2021 New York Times article.

Ecclestone still maintains a lavish 18th-century Georgian mansion in London that will now serve as her primary residence, according to Palmer.