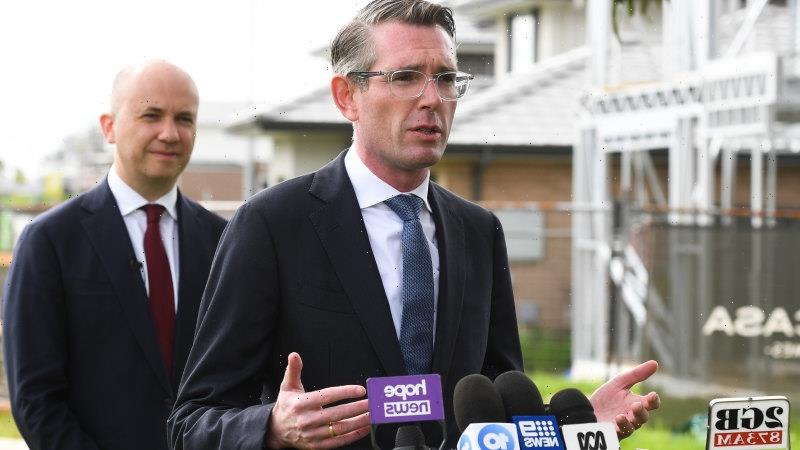 The final week of state parliament before the March election in NSW should have been the Coalition’s moment: a sizable improvement in the polls and a premier who had realised his dream of overhauling stamp duty while showing his readiness to stand up to the behemoth that is clubs and pubs.

However, instead of heading off into campaign land as a united and strong team, the Coalition allowed its dirty laundry to be aired. Cracks in the marriage of convenience were revealed and a clear weakness was exposed – the Liberals and Nationals are still not on the same page on the environment. 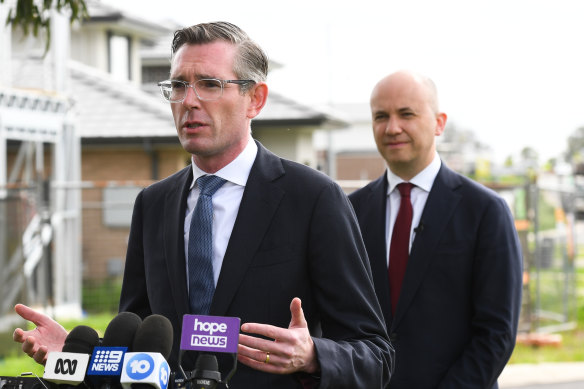 No disguising the rift: Premier Dominic Perrottet and his deputy, Matt Kean.Credit:Peter Rae

The Nationals reopened old wounds with their Liberal colleagues over the protection of koalas by trying to introduce laws to make it easier for farmers to cut down native forest on their land. Initially, the ramifications of the laws did not sink in, largely because Liberal ministers say they were guaranteed by the Nationals that they had Labor and the crossbench MPs on board. This was either a blatant lie or, at best, a serious miscommunication. It was also politically reckless.

Not only was the opposition and most of the crossbench against the idea; once the details of the new laws were clear, moderate Liberals fighting for their survival against teal candidates hit the roof. Joined by the Nationals MP for Tweed, Geoff Provest, the Liberals’ North Shore MP Felicity Wilson and Port Macquarie MP Leslie Williams vowed to cross the floor. The government was left with no option but to withdraw the bill.

For an almost 12-year-old government, its political naivety was stunning. The state Coalition’s federal counterparts were punished at the May election for their woeful inaction on climate change. The NSW government, however, had been seen as a nation leader with its ambitious targets to lower emissions.

But now, just a few months from the state election, the Perrottet government kicked a massive own goal and reminded voters that when it comes to the environment, the Liberals and Nationals still do not see eye to eye. Climate 200 founder Simon Holmes a Court seized the moment. He described round two of the so-called koala wars as a “gift” for the teal movement, who have been desperately searching for an environmental issue on which to campaign in NSW.

But the tension does not only exist between the Coalition partners. Dominic Perrottet’s Liberal Party deputy, Treasurer Matt Kean, is making no attempt to hide his fury over the appointment of former Snowy Hydro boss Paul Broad, who the premier brought in to join his office as a special adviser on energy and infrastructure while Kean was in Egypt at the UN climate conference. Of course, Kean’s nose was out of joint, given he read about the appointment on Twitter while using the onboard Wi-Fi mid-flight.

But it is not just a case of sour grapes from Kean. The Broad appointment has raised eyebrows among others, including people who remember the one-time Infrastructure NSW boss as a prickly state government bureaucrat who clashed with Gladys Berejiklian when she was transport minister. Broad hated Berejiklian’s light rail, describing the tram line as a toy and a vanity project. He loathed it so much that he devised an opposing plan for a $2 billion-bus tunnel under George Street.

That plan was laughed off, not least because there had been a recent spate of fires on buses, so the idea of putting hundreds of buses in a tunnel underground was seen as a disaster waiting to happen. Broad soon left Infrastructure NSW. More recently, he was the long-term boss of Snowy Hydro 2.0 but exited swiftly after clashing with the new federal energy minister, Chris Bowen. Broad left behind a delayed and over-budget project.

Broad had spent decades reforming government agencies and Perrottet defends the appointment, saying he was “highly regarded, and his experience in water, engineering and infrastructure is second to none in this country”.

Kean was never going to embrace Broad given he had described NSW’s much-touted energy road map – Kean’s pride and joy – as “fundamentally flawed”. Yet, Kean aside, Broad’s appointment is curious.

Berejiklian often spoke about picking up the phone to leading business experts, such as Atlassian’s Scott Farquhar, for advice. Such is the power of a premier. Perrottet would have had the same access to the likes of Broad without putting him on the payroll four months from the election.

An even more curious appointment, for a very different reason, was recruiting Scott Morrison’s former chief political adviser, Yaron Finkelstein, to Perrottet’s office. As my colleagues Peter Hartcher and James Massola laid out in their series on the downfall of Morrison, Finkelstein was one of the masterminds behind much of Morrison’s election campaign. The very campaign that saw Morrison comprehensively kicked out of power amid a teal wave that engulfed NSW. Perhaps Finkelstein’s brief is to tell Perrottet’s team what not to do in an election campaign. 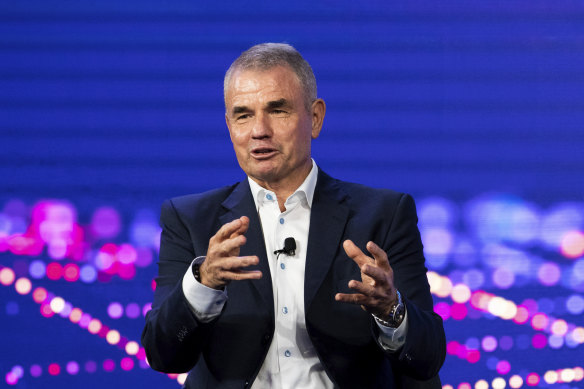 The split between the premier and the treasurer played out spectacularly in parliament this week when Kean refused to support Perrottet’s captain’s pick in Broad. But that split is not new. Dysfunction has been slowly setting in. Kean is Perrottet’s deputy but, like the Coalition’s pairing, their relationship is largely one of convenience. Labor MPs say leading business figures have often asked them to explain the obvious rift between Kean and Perrottet.

If the teals manage to gain ground in NSW in March, or if tensions escalate between the premier and his treasurer, Perrottet will have the most to lose. He needs Kean’s moderates to keep him in the top job and those moderates will not tolerate losing any of their heartland to independents who are Liberals by another name.

Similarly, if Perrottet pulls off a victory, it will be in part because Kean kept the teals at bay. And that would also present a risk for Perrottet’s longevity in the leadership.

Regardless of the election outcome, the pair’s relationship appears doomed to become more chaotic, much like the Coalition this week.

The Opinion newsletter is a weekly wrap of views that will challenge, champion and inform your own.

More from our award-winning columnists

Australia’s future: Clare O’Neil, minister for home affairs, is responsible for espionage, terrorism, foreign interference, cyberwar, criminal syndicates, and more. She says the best of times in modern history may be behind us – Peter Hartcher.

The bank of mum and dad: To what degree does a parent’s income determine their child’s future income? It turns out, the apple can fall far from the tree – Jessica Irvine.

Australia as a republic: If you’re going to ask Australians to forgo the monarchy, you’re going to have to replace it with something more fitting. What if, instead of a monarch or a president, we had an Australian Elder? – Waleed Aly.