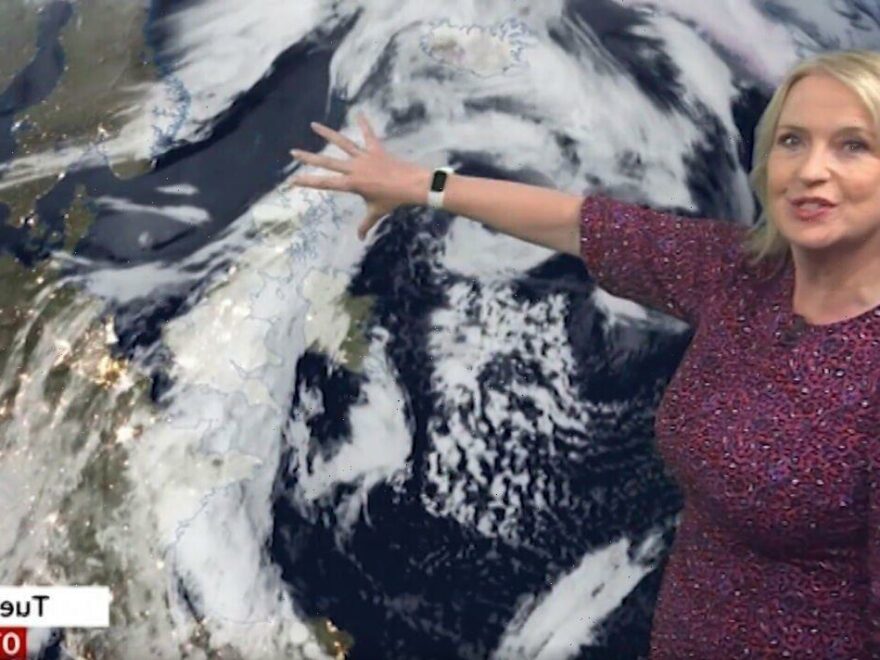 Surprised fans declared the 60-year-old BBC weather presenter an inspiration when she flashed the sparkler live on air in May to reveal she was getting hitched.

Carol – who had been single for 13 years before meeting her man only known as Steve – said: “I’ve had quite a few emails and letters from ladies saying it’s given them confidence I’ve met somebody at this stage in my life and that I’m going to marry.”

Speaking to Kaye Adams on the How to be 60 podcast, Carol also spoke about her devastation following the breakdown of her first marriage to cricketer Jimmy Kirkwood in 2008.

She said: “The hardest year of my life was the year I got divorced. I didn’t expect that to happen and it was pretty devastating at the time.”

Carol met Steve in 2016. She recalled: “I was not looking for romance any more than he was, but we just clicked and we ended up talking for much of the night actually.

“And then he said: ‘It’d be nice to see you again sometime, can I give you my phone number?’ I said yes. He kind of thought I wouldn’t, but I liked him, so I thought why not?

“We spoke on the phone for ages before we finally did meet up for a coffee and then we were friends, before we became romantically inclined.”

The couple live together in Maidenhead, Berks, but have not been photographed together.

Carol told How to be 60: “His name is Steve and that’s all anybody really knows about him. He’s gorgeous, he’s handsome, he’s funny, he’s just the business.”

Carol said the fact that she was single for so many years made things easier when she met her fiance.

She explained: “There was no pressure at all, because if it didn’t work out then I was quite happy with my single life, so you have the choices.”