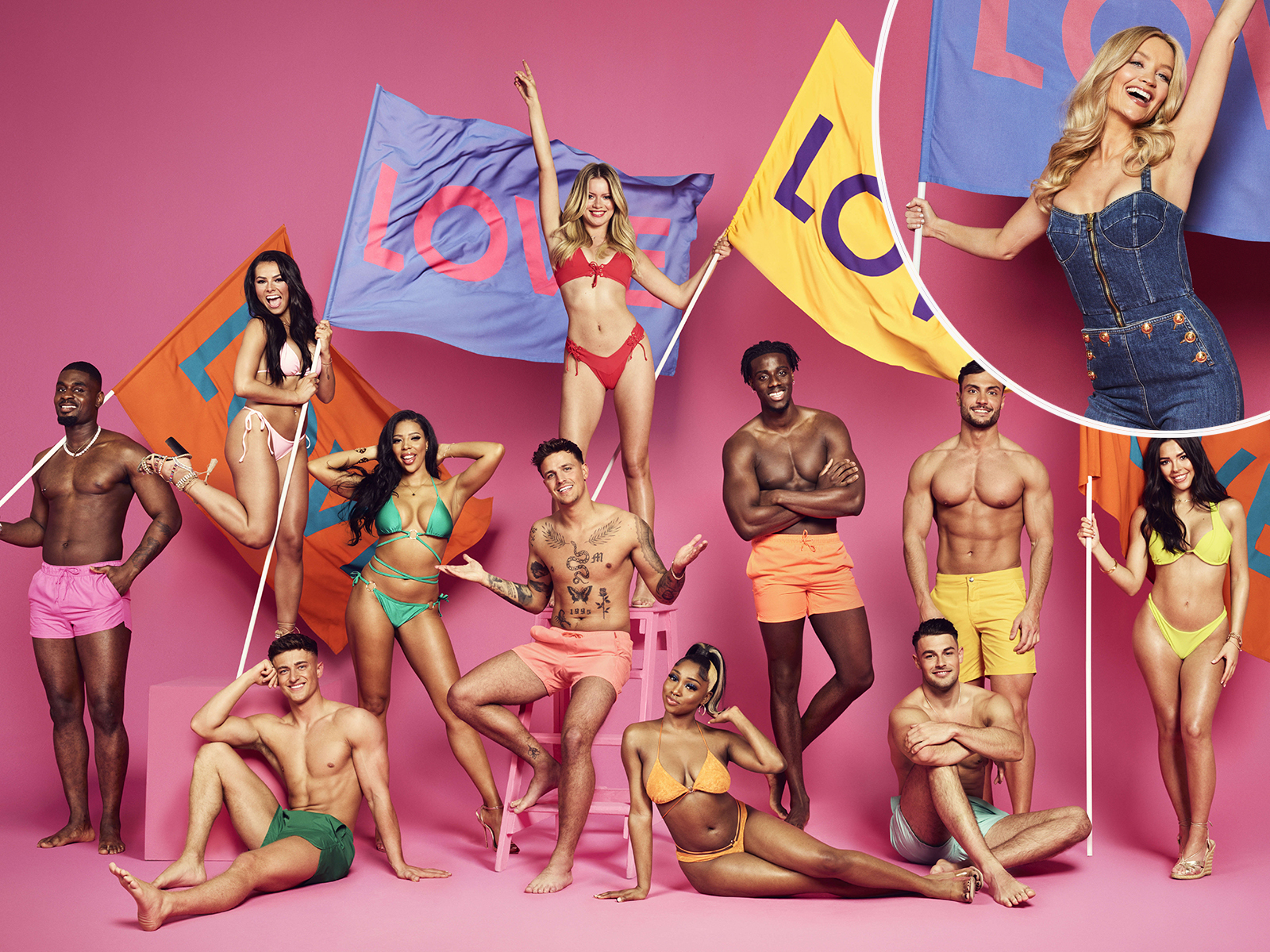 It wasn’t too long ago that the Love Island bosses branded LGBTQ+ people a ‘logistical difficulty’, suggesting a series with queer couples would not be possible.

Sadly, watching the contestants this year isn’t giving me much hope that overall attitudes towards lesbian relationships are changing, either.

From what I’ve seen so far, it seems that the boys in the villa in this series are also incapable of wrapping their heads around female-female relationships.

During the first episode on Monday, when the islanders were playing a game and getting to know each other, Amber was asked to deliver a chat-up line to the girl she fancied the most, before a visibly shocked Luca quickly told her she ‘can’t do that.’

Of course, she could, and the realisation seemed to hit him like a tonne of bricks when it registered that she didn’t only have to be attracted to him.

It didn’t stop there as, in the following episode, Paige revealed that she had kissed 10 girls in one night – good for her!

However, once alone, the boys couldn’t wait to gossip in disbelief that, not only might she have had more action than them on a night out, but that it wasn’t with a man.

The most soul-shattering comment though, came when Luca said Paige should ‘send the pictures’.

I would like to say two things to this year’s boys.

Firstly, bisexuality exists and you don’t need to be involved somehow.

Don’t even get me started on the childish, immature reaction from the boys when Amber and Tasha kissed in the first episode.

This kind of thinking not only leads to the erasure of bisexuality, but it also feeds into the idea that WLW are inherently promiscuous and their only purpose is to fulfil a man’s pleasure.

But we are not your fetish, and women do not kiss other women solely to be watched by men like a zoo animal in a cage.

Queer women have to face stereotypes and misconceptions every day; one of the most pervasive being how everything we do is sexualised with the purpose of satisfying straight men.

So, seeing these derogatory attitudes front and centre on Love Island in 2022 – in Pride Month of all months, and on a national broadcaster – is not only infuriating, it’s hurtful.

As a lesbian, the sexualisation of my community plagues me every day and makes me fear for my own safety. It continuously makes me question my validity and it’s what pushes young queer girls further into the closet.

It’s what perpetuates the idea that ‘lesbian’ is a dirty word and causes years of trauma and self-loathing for young people questioning their sexuality because they don’t know where they fit.

This fetishisation of lesbians puts us in danger, too – remember the girlfriends who were left bloody and beaten on a London bus in 2019 when they refused to kiss following the demands of teenagers?

Hearing the boys’ conversations on Love Island makes me want to reach through my TV screen with a megaphone and deliver a TED talk on the reality of lesbianism.

We have the same arguments as straight couples over who will wash the dishes. We lie in bed and watch nothing but Netflix on weekends. We bitch about work colleagues over dinner. We enjoy forehead kisses, holding hands, cuddling, and laughing until our stomachs hurt.

Our relationships are just as multi-faceted and complex and messy and as boring as any heterosexual one.

Although, I’ve always thought queer relationships have an extra layer to them. Perhaps we appreciate them more because we know the history of our community and what sacrifices people have made to allow us that mundanity of keeping your toothbrushes in the same pot in a shared bathroom.

I want to be thankful that Love Island is airing scenes openly and freely discussing sexuality, especially since 2021 contestant Sharon Gaffka shared that she came out to a fellow islander while in the villa – but those scenes were not aired.

Previous contestant Megan Barton-Hanson – who has openly shared that she is bisexual – has also admitted to applying for the show as a ‘straight’ woman because she thought it would be ‘easier.’

But I’m not thankful for Love Island opening up the floor to conversations about WLW – as they’re the wrong ones.

I’m angry, I’m upset, and I’m tired. Angry that bigotry is still thriving. Upset that I am constantly sexualised for being who I am. And tired of having this conversation.

To the boys of Love Island, queer women exist. Whether they label themselves or not.

Women also might just like kissing girls sometimes. Unless she asks you to be involved, you have no right to ask for ‘pictures’.

And if you’re coupled up with a women-loving-woman yet treat her like a sexual object every time she expresses that side of herself, well, you don’t deserve her.