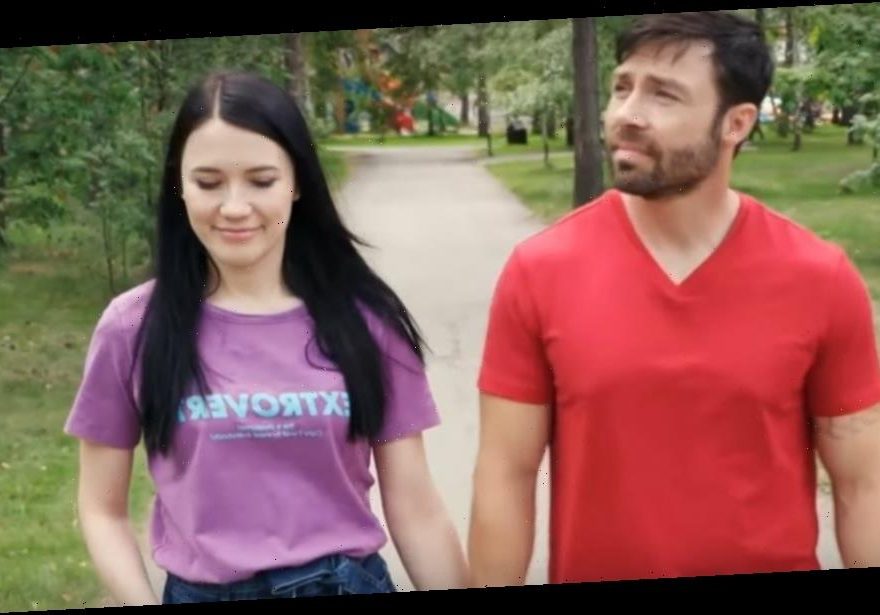 During the current season of 90 Day Fiancé: Before the 90 Days, viewers have been treated to several dramatically unraveling relationships, chief among them David and Lana, whose future together seemed doomed only for their story to take a massive left turn once it became clear the stunning Ukrainian was actually a real person after all. The path to true love was just as rough for 41-year-old Geoffrey and his 30-year-old Russian girlfriend, Varya.

Geoffrey was forced to own up to his criminal past with drugs and prison time, leading Varya to reject his marriage proposal due to feeling insecure about their burgeoning relationship. Geoffrey swiftly returned home to Tennessee, vowing to never speak to Varya again, and even rekindled his relationship with ex-girlfriend Mary. Unbeknownst to him, Varya was filled with regret back in Russia and decided to venture to the U.S. to make her feelings for him clear.

As ET notes, Varya’s tourist visa had just been approved, so the timing was perfect to surprise Geoffrey (meanwhile, he was gushing about the timing finally being right for him and Mary to give things a proper shot). Varya didn’t realize Geoffrey had moved on so quickly since he’d cut off all contact with her, but she was confident they’d make it work, even booking just one night at a hotel because she anticipated staying with him for the rest of her trip.

Varya excitedly took a taxi to his house and Geoffrey answered the door, visibly shocked to see her, and asked simply, “What are you doing here?” as they awkwardly embraced. Unfortunately, Mary also happened to be present for Varya’s arrival and, in a preview for the next episode, the two women get into it while Geoffrey stands by looking like he’d rather be anywhere else. Social media unsurprisingly ate the whole thing up.

It was such a perfect reality TV moment that certain commentators questioned the veracity of the situation, with one suggesting, “TLC producers hyping Varya to go see Geoffrey knowing damn well he is with Mary now.” Geoffrey, however, claimed the moment was entirely, uncomfortably real. Appearing on the Domenick Nati Show, he explained that the reconciliation with Mary happened around her birthday, about three months after he broke things off with Varya. “Then, pretty much Varya showed up the next day,” he advised.

The 90 Day Fiancé star was adamant that Varya’s visit was not as a result of producer interference, however, noting he was as surprised as everybody watching at home. “I was caught in the moment. You saw my s**t-eating grin on. I didn’t know what to do. It felt like my heart went down to my toes. But it was completely in that moment. And Mary was still at my house from the night before,” he explained.