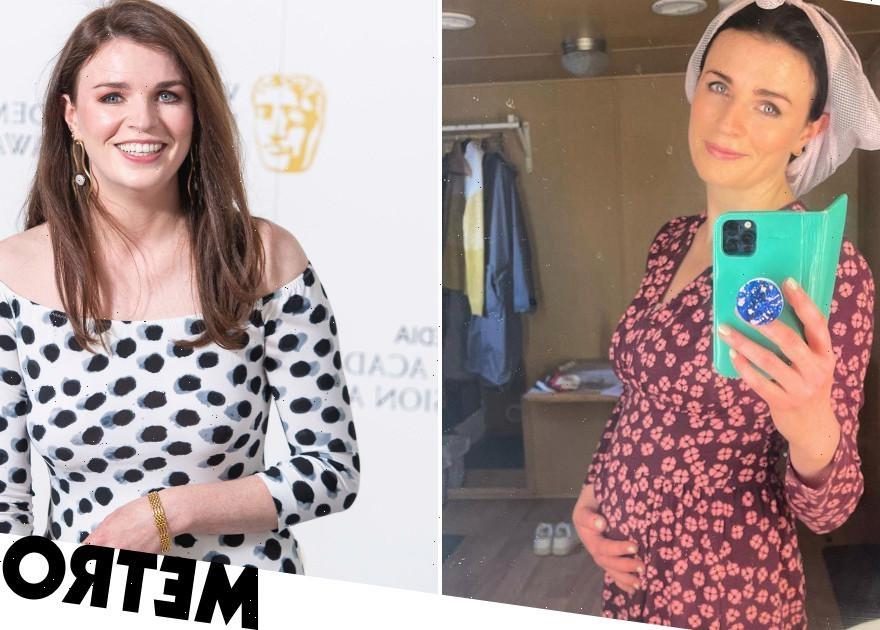 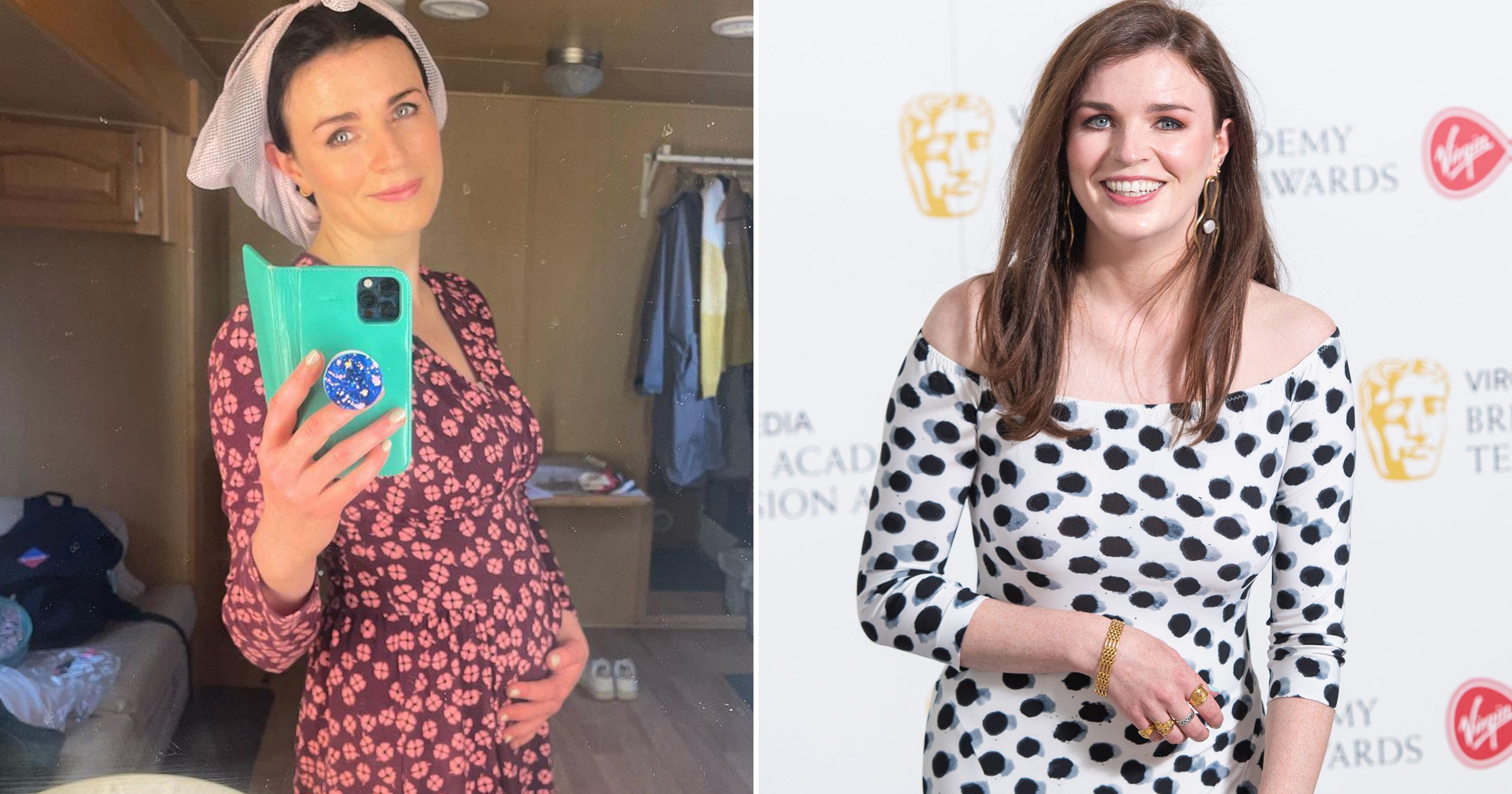 Aisling Bea has had to deny she is pregnant after posting a photo of her stomach bloated from eating bread.

Despite the comedian and actress, 37, telling her followers that the ‘bump’ was a food baby rather than an actual baby, some failed to read her caption before sending her their congratulations.

Aisling posted a photo of her in a pink floral dress with a hair net on, joking: ‘It’s a bread! Excited to announce that I have not & will not give up bread.’

She later added: ‘Alas from some texts I’ve been getting – may I highlight that I am NOT pregnant. I am very bloated.’

Further clarifying the situation to stop any more confusion, she wrote on her Instagram Story: ‘Some people may have missed the fact that this was a joke about me being bloated.

‘But thank you for all your well wishes anyways.’

The This Way Up star also recently hosted Have I Got News For You, and revealed that all of the clothes she wore for the show were either rented, borrowed or handed down to encourage her followers to ditch fast fashion.

She wrote: ‘Giving it the full Irish Joan Collins coming to steal your oil in this green dress from @hurr – which is a rental company I get stuff from a lot, @byrotationofficial is another one- where you can rent something OR rent out your own clothes & make some money, they are still getting there on bigger sizes, but the more people rent out or use them the better as it is driven by the people who rent the stuff out.

‘Great ESPECIALLY if you are only gonna wear something once. OR IF YOU ARE GOING TO SOMETHING – BORROW from your friends. Throw a bit of water on the “BUY SOMETHING NEW TO WEAR ONCE” fire which deffo gets lit every Christmas and wedding season into the summer.

‘My shoes are my auntie’s from the seventies which I manipulated her into giving me. Chain from @rubyjack_ a UK based brand who again use a mix of recycled or reclaimed metals in their pieces, which I THINK are mostly hand made. Bracelet is my own from @monicavinader x @doina made out of recycled silver.

‘And I’m wearing a lil ring amongst my oldies @sojustshopaccessories who work with women all over the world to produce ethical accessories & homeware. They ensure all the women they work with are paid a fair living wage, are in safe working conditions, have fair working hours and are above the legal minimum working age.

She added that the post was not a paid advertisement for any of the brands and she just wanted to highlight eco-friendly businesses to her followers.