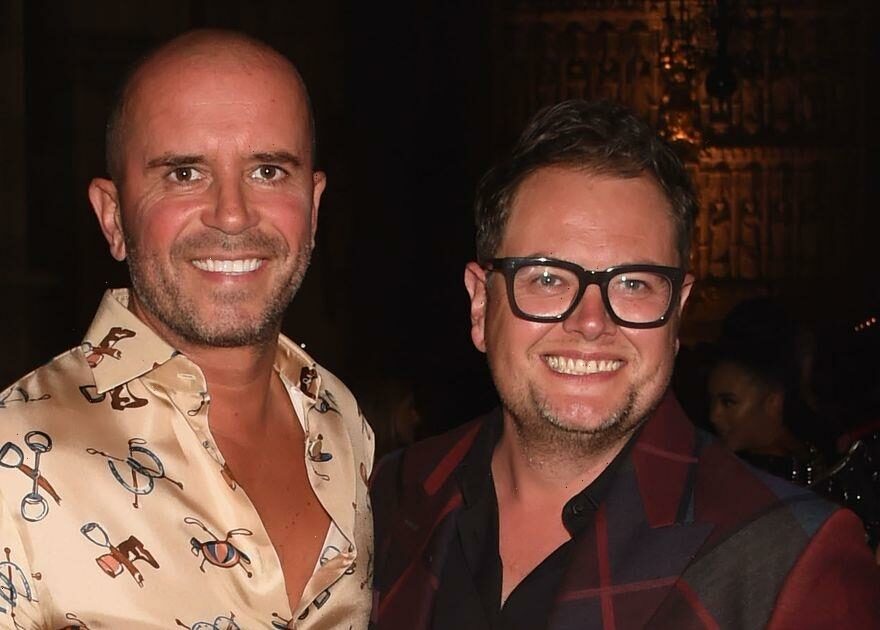 Alan Carr has opened up about his divorce from husband Paul Drayton and has spoken about how continuing with his tour has been important following the split.

Alan, 46, and Paul had been together for 13 years beforethe pair announced their decision to call time on their relationship at the beginning of the year.

Since then, the comedian has been touring the country with his new stand-up show, Regional Trinket, which was originally scheduled to take place in 2021.

During an interview onGood Morning Britain on Thursday 11 August, Alan explained how his tour has been like “therapy” after the rescheduled dates had caused him to rewrite his material.

“This show had to be rescheduled because of Covid. I just really didn't want to cancel,” Alan explained.

“My marriage broke down in lockdown. No, it's fine – people's head tilt when you've got bad news,” he said after presenter Charlotte Hawkins could be seen shifting in her seat following his admission.

“I wrote the tour and then it just didn't make sense when I came out of lockdown because the marriage had broken down.

“I was writing fresh and on the go, so it's very personal and very raw, but it's going down well.”

But despite the material being “raw” for the former Chatty Man host, Alan explained that being on stage again had been “therapeutic” for him.

“It does make it therapeutic. There were people that were like, oh are you going to cancel the tour? and I was like, no I need it,” he explained.

“I get the impression people just want to laugh and I do see it as therapy and just get on with it.”

This isn’t the first time that Alan,who is getting ready to star in his brand new Channel 4 documentary Adventures With Agatha Christie, has spoken about how comedy has helped him through the past year.

Speaking to the Daily Mail Weekend magazine last month, the TV personality revealed thatcomedy had “probably stopped him having a breakdown” when his marriage was crumbling and his beloved dog Bev was nearing the end of her life.

“It was like nailing blancmange to the wall, like the tectonic plates of my relationship were shifting. Then Bev was slowly fading,”he told the publication.

“I know it sounds silly but, yes, there were times I’d stand in the wings and just shake and think I couldn’t go on.

“I think the audience sensed that too. There was like an extra cheer from them, a ‘Go on, Alan’. I needed that.”

He added: “I didn’t have a breakdown, no. I don’t want to say I did because I didn’t. But comedy probably stopped me having a breakdown.”