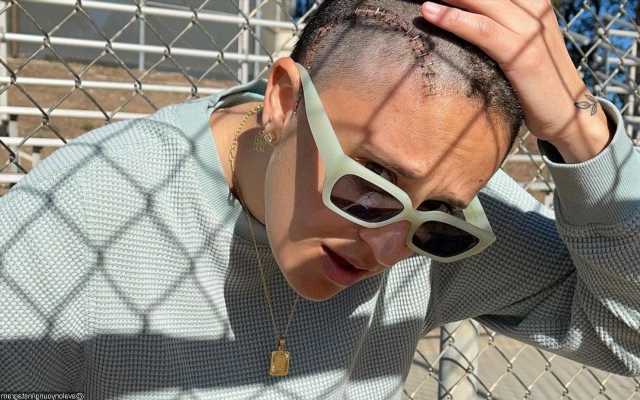 When opening up about her illness, the 26-year-old singer divulges that she already underwent a surgery in February to remove a large tumor in her brain.

AceShowbiz –Avalon Young is trying her best to fight for her life. Having been diagnosed with brain cancer, the singer best known for her appearances in the 15th season of “American Idol” created a fundraising page to cover the cost of her upcoming surgery.

A GoFundMe page for the 26-year-old beauty was created on Thursday, April 22. In the description, it was noted, “Avalon’s Second Brain Surgery Set for May 27th. Today we met with our Neurosurgeon and we are proceeding with a second surgery. Our Doctor is meeting with Tumor Board at UCSD Friday to confirm the best surgical method for the upcoming procedure.”

“He has suggested Laser Surgery to remove more of the remaining tumor, located in two different sections of her brain. Radiation and Chemo Therapy will follow. We are confident our Medical Team will continue to perform miracles and Avalon will recovery quickly,” the message continued to read. “Avalon has also been working in the studio and made the announcement today she is releasing the single from her new project on April 30th.”

When speaking about the fundraising in an interview with TMZ, Avalon admitted, “The GoFundMe is something that is super important to me now, because I can’t really work around this time.” She further emphasized that it is “one of the most important things in my life right now because it’s really all that we have, paying all the medical bills.”

In the chat, the singer also offered more details about her illness. “Everything was fine up until literally the week of Thanksgiving, I started having three seizures a day, which was super, super intense for me,” she recalled the time prior to getting her diagnosis. “I got the MRI and they found a tumor that I was originally told was the size of a golf ball, but when I went into the ER, it was the size of a peach.”

Although she already underwent a surgery in February to remove the large tumor, Avalon was informed by the doctor that she still has cancer in her brain. “I had the first surgery and I was like, ‘All right, amazing, it’s done, I’m recovering.’ And they put me on some medications…and then, just recently, I went back for a check-up and it turned out that I actually have a cancer in my brain,” she divulged.