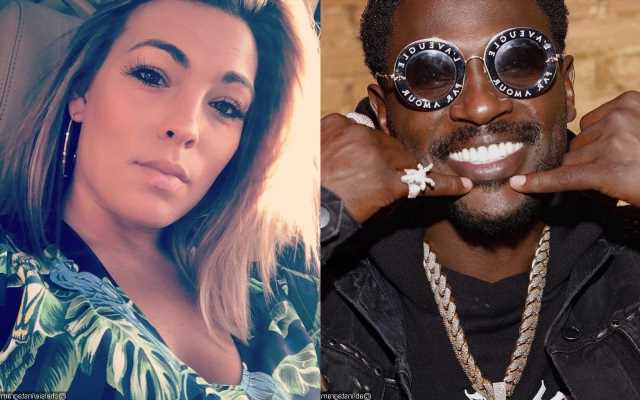 While the NFL player denies that he was the one who shared the sexually explicit photo of Chelise Kyriss, many Internet users do not buy his claim as one person writes, ‘This excuse is so lame.’

AceShowbiz –Antonio Brown denied that he’s the one who posted an NSFW picture of his baby mama, Chelise Kyriss. When addressing the debacle, the NFL free agent wide receiver claimed his Snapchat was hacked.

The 34-year-old set the record straight via Twitter on Wednesday, January 18. “My snap chat page has been Hacked. Working with @snapchatsupport to get this fix asap,” he declared.

Fans were not buying his claim though. One person commented, “This excuse is so lame. They hacked your snap and posted a video that’s saved on your phone? So they hacked the phone/computer/tablet too?”

Another argued, “How in the hell somebody hack your private pictures please tell me that, that man posted that for attention and that’s what people giving him right now.” A different user added, “A good way to cover it up but we all know that’s a damn lie.”

Brown became trending on Twitter after he shared a photo of the mother of his children giving him oral sex. It was later unveiled that the athlete and rapper’s Snapchat account has been suspended.

As for Kyriss, she has weighed in on the leaked photo. “Very well aware of what’s being posted on snap. I am not in control of his actions,” Kyriss wrote on Instagram Story on Tuesday. “I have asked multiple times to have this part of our past relationship to remain private but he refuses. I have reported his page and all pictures unfortunately Snapchat is allowing him to repost.”

“I am very sorry for any of your kids that follow him and used to look at him as a role model,” Kyriss continued. “I do not condone these actions as you are aware I have kids in involved [sic] as well.”