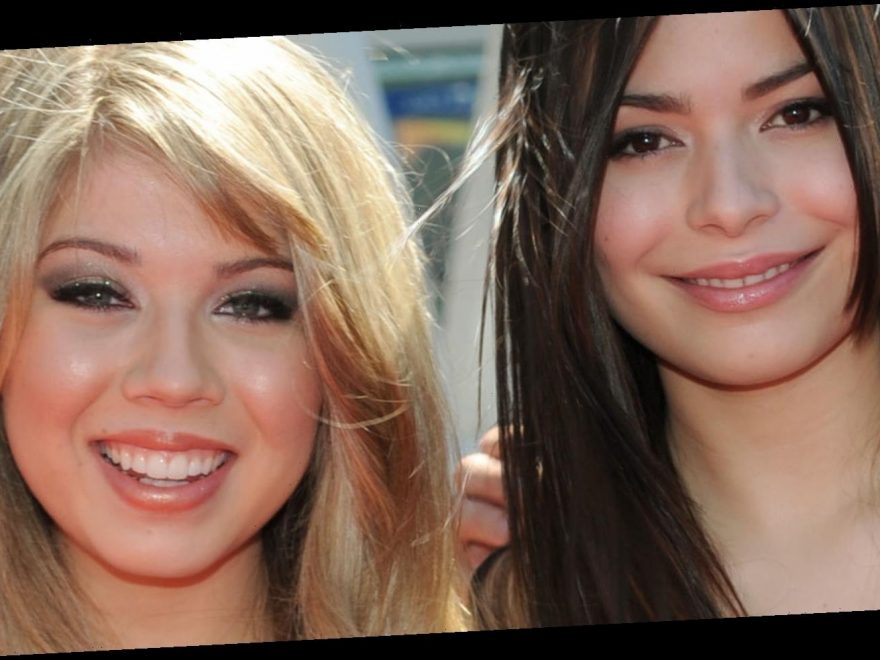 Miranda Cosgrove and Jennette McCurdy stole the hearts of many kids around the world as Carly Shay and Sam Puckett on Nickelodeon’s iCarly. The show about two teen BFFs who run their own web show ran from 200-12 (per IMDb). The beloved show was insanely popular, earning it a reboot at Paramount Plus coming later this year (per Deadline).

“My experience with acting is, I’m so ashamed of the parts that I’ve done in the past … I resent my career in a lot of ways,” McCurdy revealed on an episode of her podcast, Empty Inside. “I did the shows that I was on from, like, 13 to 21, and by 15 I was already embarrassed. My friends at 15 weren’t like, ‘Oh cool, you’re on this Nickelodeon show.’ It was embarrassing.”

That said, she did acknowledge making friends during that time. “I made great friends but beyond that it was just an embarrassing stain on my life that everybody knows me for.”

Miranda and Jennette really were close

The tight-knit friendship between Miranda Cosgrove and Jennette McCurdy wasn’t just for cameras. The two grew close while working together on the series. They were even close years later, per Cosgrove’s own words.

“My best friend is Jennette McCurdy, who was on iCarly with me. We live really close to each other. We have sleepovers all the time. Like, I literally see her every other day,” she told AOL in late 2017. “With iCarly, it was so fun being best friends with Jennette and getting to travel all over. Getting to go through something like that with your best friend — it was really fun.”

Cosgrove shared a heartfelt message for McCurdy’s birthday the following year, in June 2018. “It is @jennettemccurdy’s Golden Birthday today! In the words of Oprah, the therapy that I didn’t have and the therapy that I now don’t need is because of my thousands of hours on the phone with her. I get to release the day. She is the friend that everybody should have. She’s the friend that everyone deserves.”

The two haven't publicly spoken about each other since 2018

These days, neither Miranda Cosgrove nor Jennette McCurdy have spoken about their friendship. That doesn’t necessarily mean they aren’t in touch, but it doesn’t reassure fans they are either. The two still seem to follow each other on social media, so there’s no indication of bad blood between them.

The timing does feel significant considering that in 2019, McCurdy began speaking more candidly about how negative her experience as a child actress was. “At 14, I was cast in the Nickelodeon series iCarly and by the time I was 15, the show was starting to get popular. The stress of having to be ‘on’ all the time got to me. I became even more fixated on food and my body. I monitored every bite I took. I exercised obsessively. I measured my thighs with a measuring tape every night before bed,” McCurdy shared in an op-ed for HuffPost.

“When I was 18, my mom was diagnosed with cancer for a second time and this time it was terminal. iCarly had become a global phenomenon, I had a record deal with a fancy record label, mom was dying, and I just couldn’t handle the pressures of everything happening around me. But this time, instead of turning away from food, I turned to food. Lots and lots of food. And so began my binge eating phase.”

None of Jennette's castmates spoke out

Jennette McCurdy had also spoken out in 2013 with an ominous Vine post calling out show creator Dan Schneider. At the end of the video where she’s acting strangely and looks disheveled, she says, “Look what you’ve done to me.” Many fans believed it was a nod to rumors of sexual misconduct and abusive behavior by the showrunner, who is not involved with the Paramount Plus reboot. Nickelodeon cut ties with Schneider in May 2018 (per HuffPost).

On both occasions, her castmates stayed silent about her revelations. Miranda Cosgrove was rumored to be supportive of the Schneider situation behind the scenes, once allegedly joining McCurdy in boycotting an award show where he was being presented an award.

If you are struggling with an eating disorder, or know someone who is, help is available. Visit the National Eating Disorders Association (NEDA) website or contact NEDA’s Live Helpline at 1-800-931-2237. You can also receive 24/7 Crisis Support via text (send NEDA to 741-741).