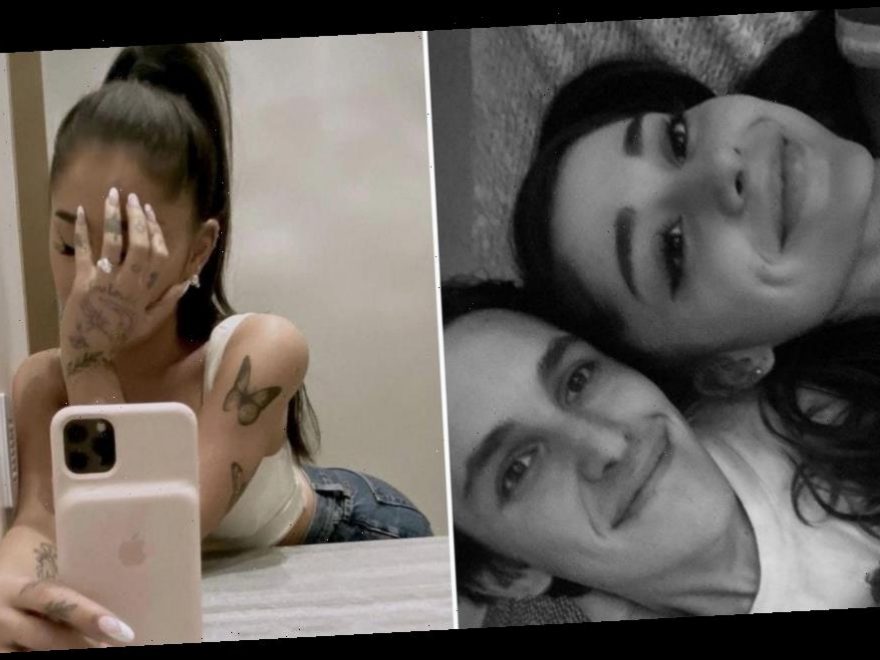 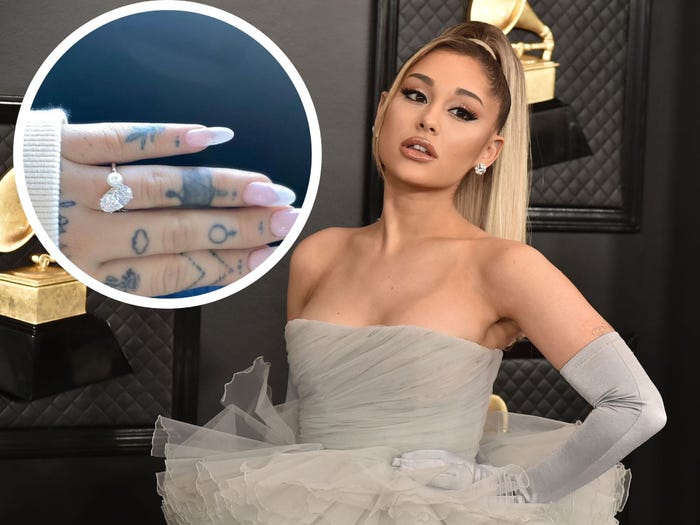 Ariana Grande appears to have announced that she and real estate agent Dalton Gomez are engaged.

On Sunday, the "7 Rings" singer shared an Instagram post with a montage of photos, including pictures of her and Gomez, as well as a selfie of her with a ring on her finger.

Grande captioned the post "forever n then some," and it seems to be leading fans to believe that she and Gomez are going to tie the knot.

Representatives for Ariana Grande did not immediately respond to Insider's request for comment.

Grande's Instagram post showed two looks at what appears to be her engagement ring, which appears to have a minimal band, a pearl, and an oval-shaped diamond at an angle.

Grande and Gomez have been dating since around January 2020, according to People magazine, which reported in March that the two had been a couple for "about two months."

In March, TMZ was the first to report that Grande and Gomez were in a relationship.

Two months later, in May, Grande and Justin Bieber released "Stuck With U," a charity single benefitting the First Responder Children's Foundation. The accompanying music video included videos of celebrity couples and fans alike — and viewers picked up on an appearance from Grande and Gomez, who were shown hugging and dancing in a clip in the music video.

As Insider's Callie Alghrim previously reported, Gomez and Grande's relationship is the musician's first — at least in the public eye — since her broken engagement with Pete Davidson in October 2018.