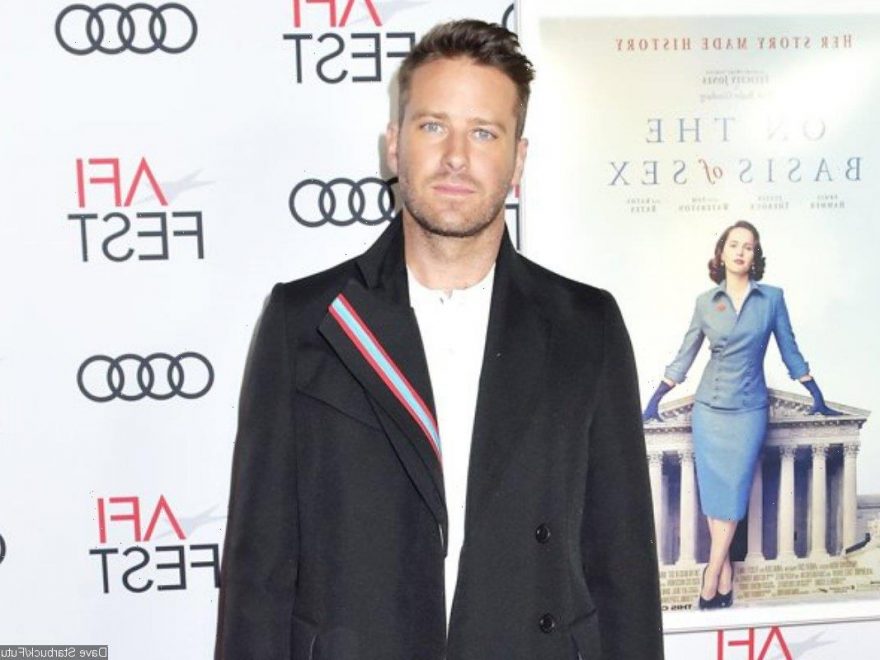 The ‘On the Basis of Sex’ actor ‘is doing great’ after completing a program for drug, alcohol and sex issues in the Florida facility, his attorney has confirmed.

AceShowbiz –Armie Hammer has left a rehab facility after a long stint. The disgraced actor has checked out of the treatment facility in Florida, where he spent most of his 2021 to deal with his drug, alcohol and sex issues.

“Armie is out of the treatment facility where he spent almost 9 months,” a source told The Sun. “He is doing really well and it’s wonderful news for his family. He’s back in the Cayman Islands.” The so-called insider added that the 35-year-old is looking forward to spending quality time with his children around Christmas and New Year.

Armie’s lawyer has since confirmed the news. “I can confirm that Mr. Hammer has left the treatment facility and is doing great,” the attorney told E! News, without specifying when the actor checked out.

Armie checked himself into an in-patient facility outside of Orlando on May 31 amid cannibalism scandal and sexual abuse allegations. His estranged wife Elizabeth Chambers and family were said to be supportive of his decision at the time.

The Golden Globe-nominated actor allegedly informed Elizabeth about his plan to seek treatment in late May and she, along with their kids, even dropped him off at the facility. “Elizabeth and kids dropp[ed] him off and walk[ed] in as far as allowed,” one of the sources said of the family’s emotional farewell. “A lot of hugs and seemed emotional.”

A friend of the Hammer family additionally said that the great-grandson of oil tycoon Armand Hammer was “committed to getting healthy and having custody of his kids” as it was reported that he agreed to stay as long as it takes to get healthy.

Recently, Los Angeles police have completed their investigation of rape allegations against Armie. The case has been forwarded to the local district attorney’s office, thought sources told TMZ that the “Call Me by Your Name” star likely won’t be charged.