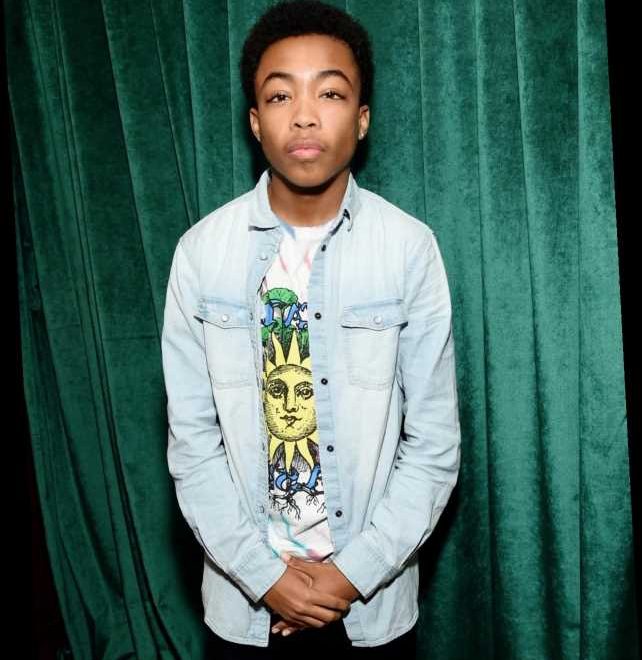 Netflix’s newly-launched anthology series Social Distance is striking a chord with audiences. The episodes follow various characters as they face the tumultuous first months of the coronavirus pandemic. Many critics and viewers at home aren’t too excited to see their traumas from the past seven months play out on screen. Others, however, find the series to be a cathartic way to process their own experiences. Asante Blackk, who stars in one of Social Distance‘s most poignant episodes, is in the latter camp.

Audiences might recognize Blackk from his Emmy-nominated performance in When They See Us or his role as Malik in This is Us. In his Social Distance episode, titled "Pomp and Circumstance," he stars as Corey, a teen involved in the police brutality protests following the killings of George Floyd, Breonna Taylor, and Ahmaud Arbery (yeah, the series gets real). The episode focuses on Corey’s conversation with his boss, John (played by Blackk’s real-life father, Ayize Ma’at), about the best ways to support the Black Lives Matter movement amid the pandemic. Their characters’ debate is one many families are having right now, and Blackk tells Elite Daily it reflects a lot of the work he is doing in his own life to help bring about positive change.

This interview has been edited and condensed for clarity. 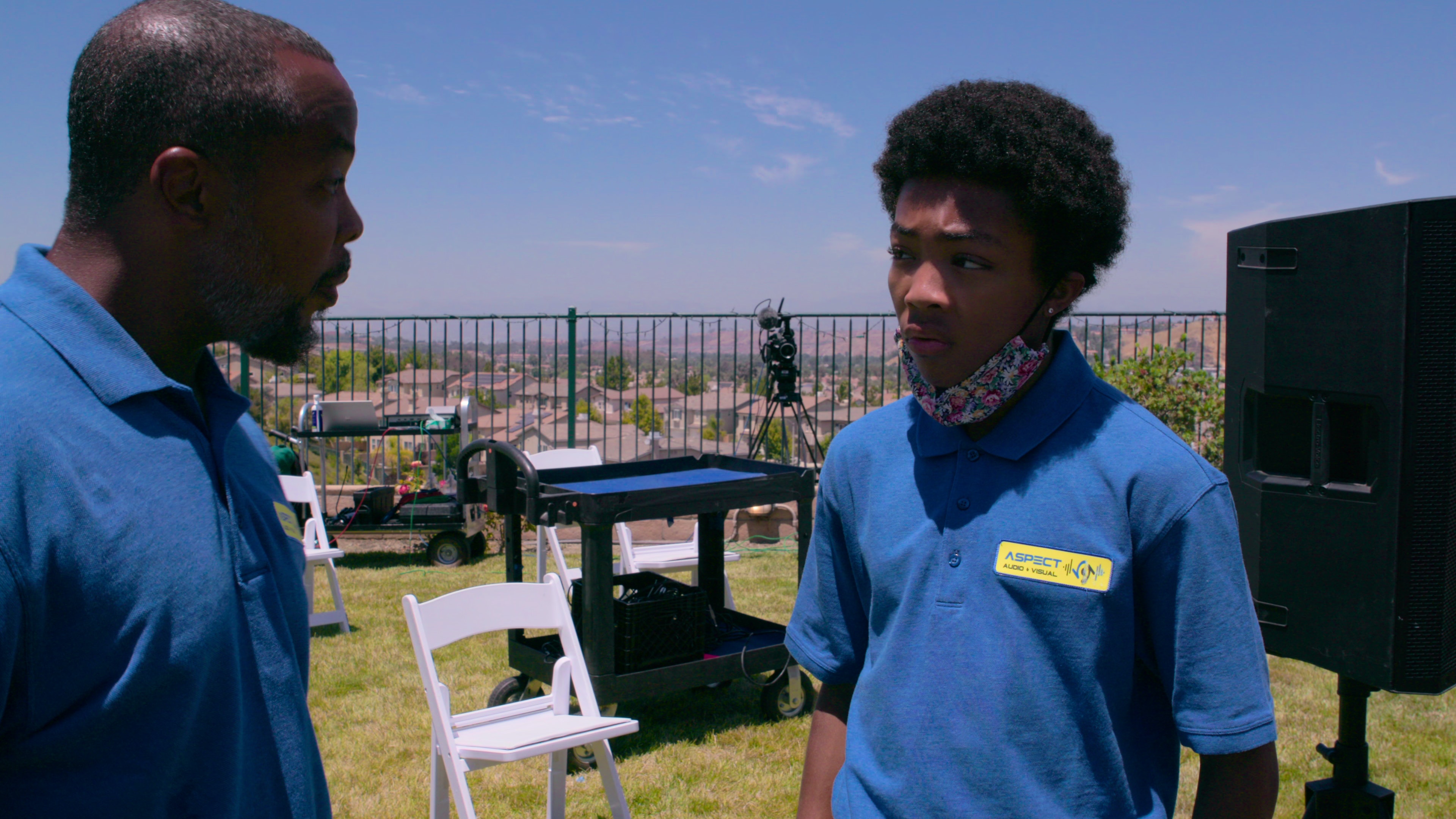 Elite Daily: How did you get involved with Social Distance?

Asante Blackk: It was actually through my aunt, Samira Wiley, because [the show is made by] the same producers who produced her show Orange is the New Black. For this episode, they were looking for a father and a son and they were having trouble finding somebody that was able to do it. So they reached out to her and asked her if she could ask us if we’d be down to do it, and we said yes.

ED: What were your initial thoughts when you first read the script for "Pomp and Circumstance"?

AB: My first thought was that it was a very powerful script. The way that it showcases two completely different narratives of trying to tackle the same subject, that was very interesting to me. I feel like a lot of the time, the media tries to showcase it as if there’s only one way that Black people try to achieve justice, and that’s by, you know, protesting and going out in the streets and marching. When really, there are so many different ways.

ED: What was it like to work so closely your dad on such an emotional story?

AB: I thought it was gonna be a little weird at first, because he doesn’t really have acting experience. We have a really close bond, but it was almost like bringing him into my world that he never really explored before. So I was interested to see how we would be able to play off each other and our chemistry. I think us being father and son made it so much better. We were able to be that much more comfortable around each other and make the work come to life in that way.

ED: This was all filmed while social distancing amid the pandemic. How did that work?

AB: We basically had to do everything … We would have to change the lenses and figure out how to zoom in. We had our crew behind the scenes over Zoom kind of explaining to us everything to do. It was pretty tiring work because usually as an actor you’re used to saving all your energy and expending a lot of emotional energy for the project. But I found myself spending that emotional energy and then also being a little taxed from the physical labor of it all as well. 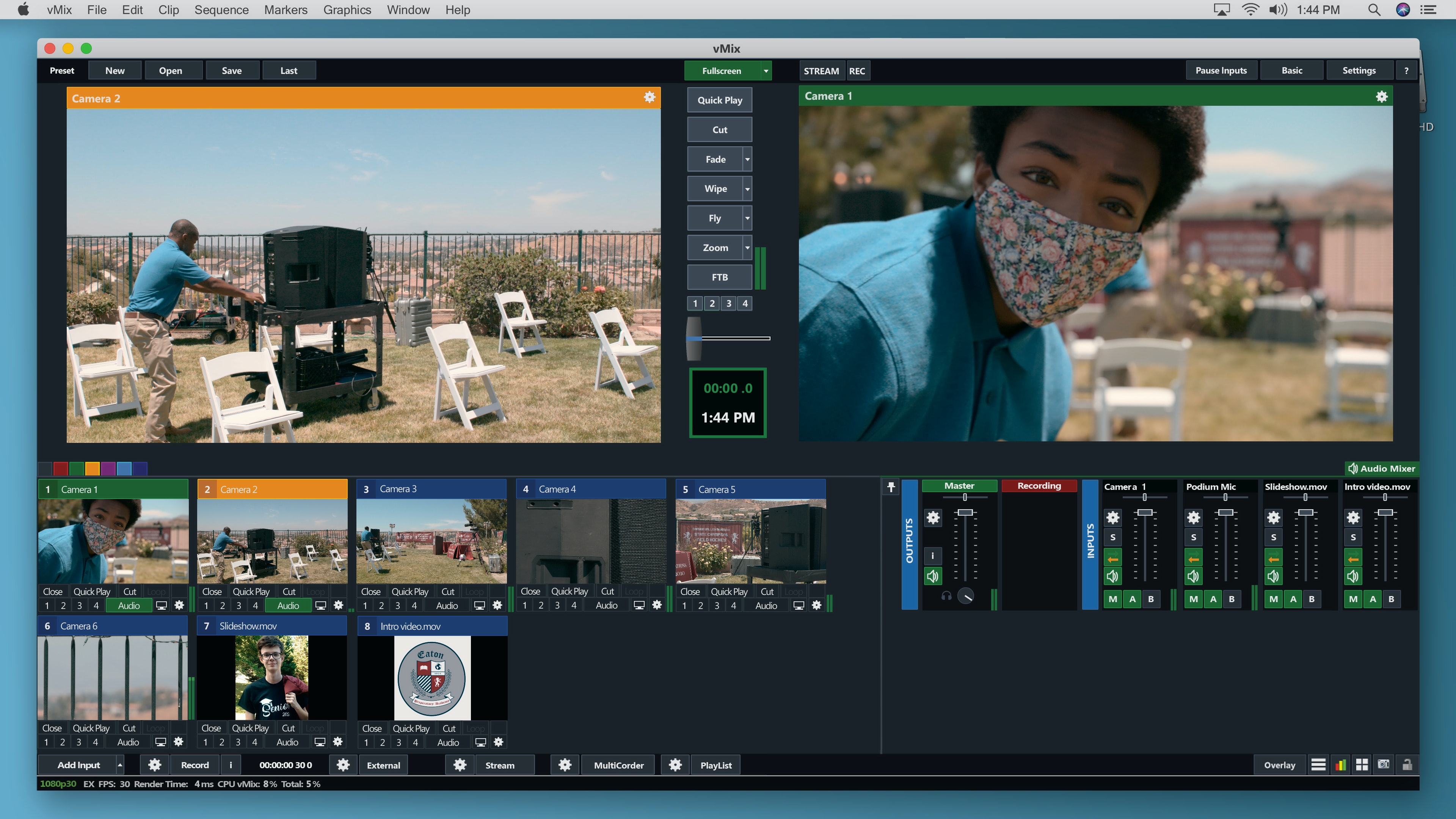 ED: What do you think some of the challenges are of filming something that’s so topical — the convergence of the pandemic and the BLM protests — as these things are playing out in real life?

AB: A lot of the time, [when] we see stories that are based on real life, they’ll come far after the events happen, because [once] you’re out of it, you see it in a completely different light. But with this project here, we were kind of filming it as some protests were still going on. The protests were going on for a pretty long while after George Floyd was killed, and Breonna Taylor and Ahmaud Arbery. It’s able to give us that feeling of, you know, that we’re actually in it. I was able to pull from those emotions that I was feeling during the protests. I was able to pull from things that I was feeling only weeks before.

ED: How does the episode reflect your own life?

AB: I mean, me and my parents actually had a conversation similar to what John and Corey have in the episode — you know, when the protests first started happening. I wanted to get out there and protest, and obviously, the pandemic was still happening; the coronavirus wasn’t going anywhere. I have a pretty big family; the youngest in my family being 4 years old, so they were explaining to me that they don’t think that was the best idea. Because if I did bring coronavirus home, then that’d be affecting a lot more people than just me. From that, I was able to figure out different ways to make my voice heard and different ways to bring about change, which is why this episode really spoke to me. That’s exactly what they talk about in the episode, that there’s more than one way [to stand up for what you believe in].

ED: Can you elaborate on some of the ways you’re working to effect change IRL?

AB: Along with a couple of my friends, Ethan Herisse and Reed Shannon, I started this series called the Speak Up Series [in which we interview] a lot of our actor friends. A lot of the time, the youth isn’t necessarily taken as seriously with these subjects because it’s almost as if people say, ‘Oh what do you know about these topics?’ But the reality is, I’m getting ready to turn 19, but I’ve been seeing things like this happen since I was 12 years old, when Trayvon Martin was killed, or it might have been even earlier than that. So I think we’re able to give our voice and give a lot of value to people, and try to bring about solutions and change. But then also outside of that, it was almost like therapy sessions for us. We were able to just talk out our feelings and talk about making a difference and really just bringing people together in this time.

ED: What role do you think the entertainment industry should play in social justice movements?

AB: There’s a quote [by Toni Cade Cambarayou] that says, ‘The role of the artist is to make revolution irresistible.’ Obviously, this isn’t the only time in history where the people just have not been satisfied with the way their government has been operating. But as an artist, it really is our role to reflect the times that we’re in so that we can show people [who] may not necessarily have the same experience as us, just how messed up and just how fed up we are with the way that things are going, and bring about change. You think about [your favorite] movies or TV shows … [It’s] your favorite for a reason, because it makes you feel something in your chest, and makes you feel passionate, and makes you feel emotional. That’s really our job as artists — to make sure the audience feels something.

ED: What do you hope audiences take away from "Pomp and Circumstance"?

Social Distance is on Netflix now.