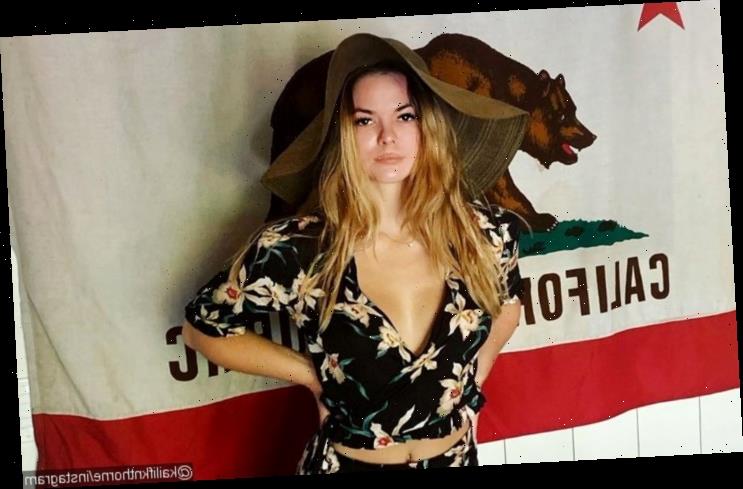 The 28-year-old actress, who argues that sex work doesn’t exist, denies calling out sex workers and explains that she directs her comments to ‘these girls [who] have been bullying me nonstop.’

AceShowbiz – Bella Thorne isn’t the only one of her family who has caused a tension with her OnlyFans partnership. The actress’ sister Kaili Thorne has also joined the platform and unlike her younger sister who keeps her page PG, the 28-year-old has been sharing racy contents.

Due to her posts, Kaili has drawn the ire of fellow creators who called her a “sex worker” and claimed that she’s taking their clients with her sexy snaps. Responding to the backlash, she took to Instagram Stories to clap back at her haters, writing, “I have to address this because someone, I guess maybe a sex worker, is saying that ‘if this isn’t sex work, I don’t know what is.’ ”

” ‘If you’re intentionally posting, promoting sexual photos and receiving payment, whether you ignore the fact men are jerking off to you or not… you’re doing sex work,’ ” one of the critics allegedly told Kaili. Refuting the notion that she’s also a sex worker, the actress continued, “I have to disagree. I don’t know who said this but it was next to one of my photos with a quote, so I assume that I’m being brought into this somehow so here I am.”

“I’m a creative. I’m stealing your work because you’re not creative. All your bios say the same thing, ‘Insatiable s**t’. Get creative and maybe you’d keep your clientele,” she went on firing back. “My point is, don’t hate the player, hate the game.”

On Tuesday, September 1, Kaili continued the argument by saying that sex work is “not real.” She claimed, “The argument is that sex should not be work. That’s why it turns into human trafficking and should be stopped. Sex work does not exist. It is not real.”

But Kaili has denied attacking sex workers in general and claimed that she simply defended herself from people who have been calling her out on social media over her racy content on OnlyFans. “These girls … have been bullying me nonstop,” she tells Page Six. “I was not calling any sex worker ‘insatiable s**t’ or any other type of s**t. I was directing my comments back to these girls that call themselves that.”

Doubling down on her comment that she refused to be labeled a “sex worker,” she adds, “I’m saying that since sex is not work to me, I don’t consider it a job to me. I’m not saying it about anyone else. What people do for a living is their choice.”