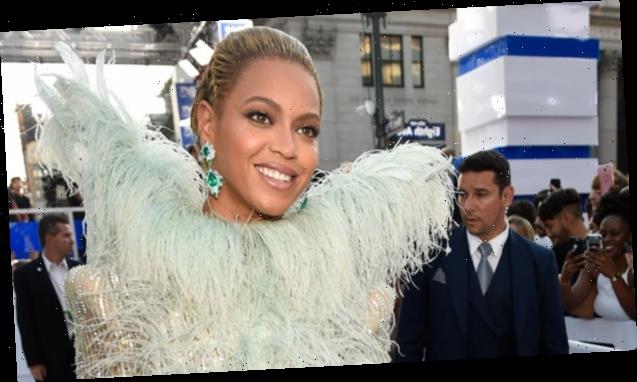 It was a huge treat for Beyonce fans when she made a surprise virtual appearance over the weekend with her gorgeous daughter Blue Ivy!

Beyonce, 39, is known for having a very private personal life so its always a blessing when we get to see her outside of her professional world! She gifted fans with something hilarious during a virtual celebration for the WACO Theater Center on September 19. The “Single Ladies” singer actually flexed her comedic chops as opposed to her vocal ones during it as she cracked a corny joke about Snoop Dogg next to her daughter Blue Ivy, 8. “Why does Snoop Dogg need an umbrella?,” she asked while Blue tried to silence her amid her probably being embarrassed.

“My mama was a savage, I got this ish from Tina” @WACOTheater’s Honorary Chairperson, @Beyonce nails her #CornyJokeTime with a little help from @mstinalawson & Blue Ivy 🌽😂☂️ #WhereArtCanOccur #WearableArtGala #Beyonce #BlueIvy

“For drizzle!” Bey then said in her best Snoop impression. Blue CLEARLY wasn’t having it as she once again put her hand over her mouth in hopes that she’ll stop. “Mom, the voice. No!”, she said. The shade fest wasn’t over just yet as Tina Lawson, 66, chimed in separately where she acted in the most savage of manners towards her daughter. “Hi Bey! I really appreciate you doing the jokes cuz I know how busy you are but will you just put on some makeup and get some good light and stuff?” she said. Ooh snap!

Beyonce, for years, rarely made any appearances with her children (Blue Ivy, Rumi, Sir) on social media or out and about however that has changed over the past couple of months. The Grammy winner and her eldest child actually walked with hundreds of others on the streets of New York City on September 18.

They did their best to remain incognito during their sunny day out in The Big Apple mostly thanks to the face masks they were rocking amid the worldwide Coronavirus pandemic. They were still recognizable, however, as Blue sported long braids along with a chic coat and orange pants while Bey dressed casually in an all-black sweat outfit.

Bey, her husband Jay-Z and their kids were also seen several times in The Hamptons this summer where they luxuriated on a myriad of fabulous yachts and appeared to be having a wonderful time with one another. Here’s hoping we see more and more moments like these in the future!