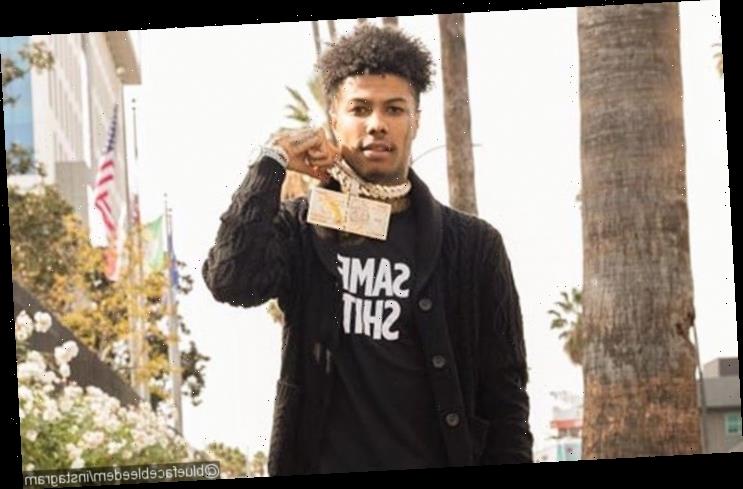 In videos shared by the rapper, the ladies are fighting in what seems to be the living room, while another snippet sees them going at each other in the beach with Blueface watching amusedly.

AceShowbiz –Blueface has been teasing his new “Blue Girls Club” series that sees a handful of women finding a new home at the rapper’s residence. The “Thotiana” hitmaker has taken to his Instagram account to share some snippets from the at-home reality show, and it was literally.

In addition of twerking and sharing of intimate bedroom details, the ladies are seen throwing punches here and there with gloves on. They are fighting what seems to be the living room. One of the videos also sees them going at each other in the beach with Blueface watching amusedly. It remains to be seen why they are attacking each other physically but the first episode of the series has been uploaded on the rapper’s OnlyFans account.

Prior to this, the controversial rapper sparked chatter after he said that he wouldn’t be voting in the presidential election in November. “Hell nah,” the Los Angeles-bred rapper said during a recent appearance on The Cruz Show on L.A.’s Real 92.3 when asked if he plans on voting. “I don’t know…nah, I just ain’t really…I don’t know, I ain’t in that stage in my life.” He adds, “Look at my face, you think they give a f**k about who I vote for?”

He was also criticized about his parenting after he shared footage of him with his son, Javaughn J. Porter, on his social media accounts. In the said video, Blueface could be seen asking his son, “Eat your food,” to which the latter simply answered, “No.” He then tried to feed a mannequin, saying, “Huh? You don’t wanna eat?” Right after that, the rapper sent the mannequin flying to the ground, shocking his son who simply looked at him and awkwardly smiled.

Blueface might think that people would be laughing at the video, but it wasn’t the case. Instead of finding the clip funny, people started attacking the rapper as they pointed out that he was scaring the child. “He’s indirectly threatening the baby, CPS will pay him a visit…,” one person assumed.

“He’s teaching his son at a young age how to be physically abusive,” one other commented. “Ummmm if this isn’t frightening to y’all then….. you know what nvm,” another wrote, as an individual said, “Dam y’all thought that was funny tho. ..now let the daycare try that with ya kids you’ll be fighting.”