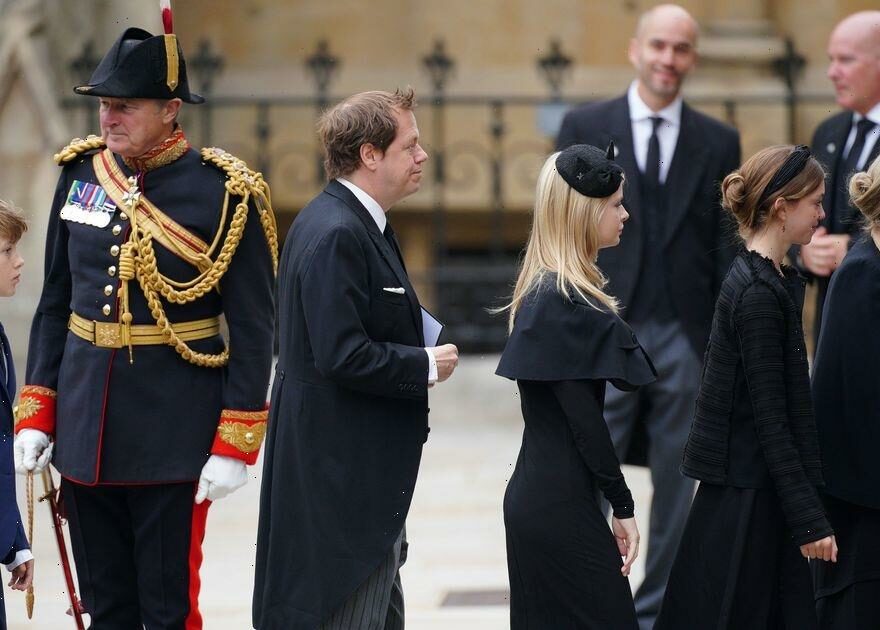 Queen Consort Camilla's family are among the attendees at the late Elizabeth II's funeral today.

Camilla's son Tom Parker Bowles has brought his children – Lola, 14 and Freddy, 12 – to pay their respects to the longest serving monarch at a service that is being attended by around 2,000 people.

Freddy walked behind his dad Tom as they headed into the Westminster Abbey dressed in a smart navy suit, while Lola walked slightly ahead.

Laura, has given Camilla three more grandchildren – Eliza, 14 and 12 year old twins Gus and Louis – who are also attending the funeral.

The grandchildren will not be bestowed with royal titles, as Camilla is royal by marriage rather than blood.

It's clear that it was important for them to support Camilla and King Charles III, who is Tom's godfather as well as step dad, and say goodbye to their late step-great grandmother Queen.

They have been joined by other younger members of the family including Prince George, 9 and Princess Charlotte, 7.

The young Prince and Princess walked through the gothic church with the Royal Family, in procession behind the Queen’s coffin as it was carried by the military bearer party.

George and Charlotte, who called the Queen “Gan Gan”, will be together, behind their parents, walking side-by-side in formation, followed by their uncle and aunt the Duke and Duchess of Sussex, and other members of the Royal Family.

The Prince and Princess’ four year old brother Prince Louis is not attending today's moving events. His playful antics on the balcony for the Platinum Jubilee delighted royal fans and he is likely to be considered too young to attend.