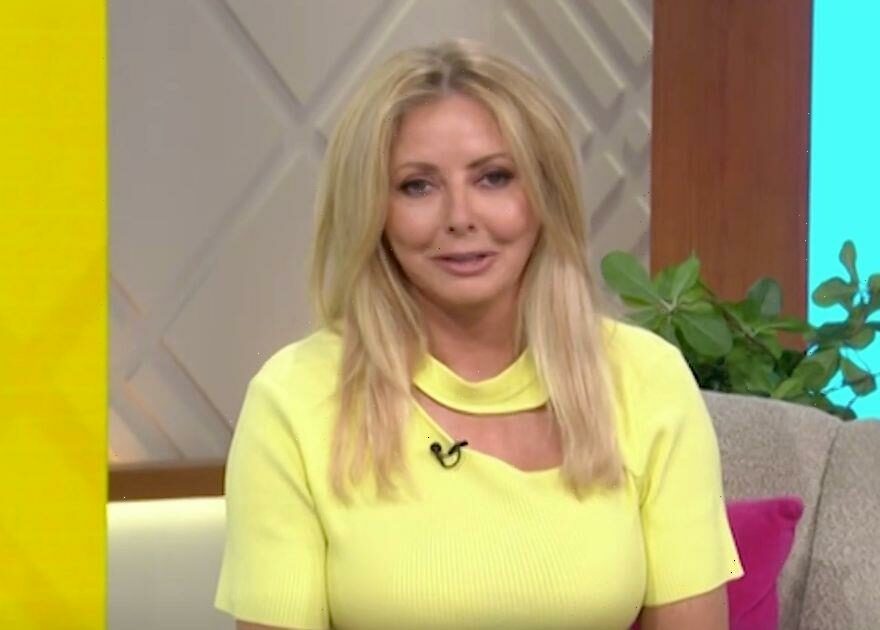 Presenter Carol Vorderman has wowed fans with her stunning outfits, as she shared several behind-the-scenes photos of her filming Channel 4’s Taskmaster.

The former Countdown host and mathematician appeared in the New Year’s Day special of the game show, alongside Greg Davies.

Carol, who is 62, had fans in stitches on the show as she went head-to-head against Sir Mo Farrah in a counting challenge.

However, many were in awe of Carol’s outfits with the mathematician sharing several behind-the-scenes photos of her incredible looks.

Taking to Instagram, the star showed off her toned figure in a red jumpsuit with a zip down the centre.

Pairing the outfit with black boots and gold jewellery, self-confessed gym lover Carol looked sensational as she smiled for the camera.

She also shared a photograph of her in a beautiful bejewelled gown, which was semi-sheer around her legs.

The bright blue gown complimented her long blonde locks which cascaded around her shoulders, as Carol posed for the picture.

In the comments, fans lavished the presenter with compliments with one writing: "Gorgeous as always Carol….love the jumpsuit and boots."

Even Carol’s overalls seems to impress her 286,000 followers with one saying: “You even make the paint splattered overalls look glam!”

Fans were also treated to a behind the scene clip of Carol with Taskmaster host Greg Davies and singer Self Esteem, also known as Rebecca Lucy Taylor.

During a break from filming Taskmaster, the trio could be seen collapsing in hysterics as Carol and the singer-songwriter wrestled.

As well as making friends with the cast, Carol also revealed that she had a special connection to Greg Davies' assistant Alex Horne.

The presenter attended the same college at Cambridge as Alex, with the assistant studying at the historic institute twenty years later.

She explained: "I didn’t realise until I met him – [we] went to the same college.

"Sidney Sussex College at Cambridge University, which is a tiny college, they only take about 100 a year, so it’s very meaningful for us.

"He went about 20 years after I did. He says he was told that the two most famous people who had been to the college were Oliver Cromwell and Carol Vorderman!"

Carol studied at the prestigious university in the late seventies, but admits that she was “disappointed” after she received a third class degree.

That hasn’t stopped the presenter who went on to host Countdown with Richard Whiteley in the early eighties, earning her an estimated £1 million per year and made her one of the highest-paid women in Britain at the time.

She retired from the show in 2008 but has continued to present shows such as Loose Women, Lorraine and The Pride of Britain Awards.