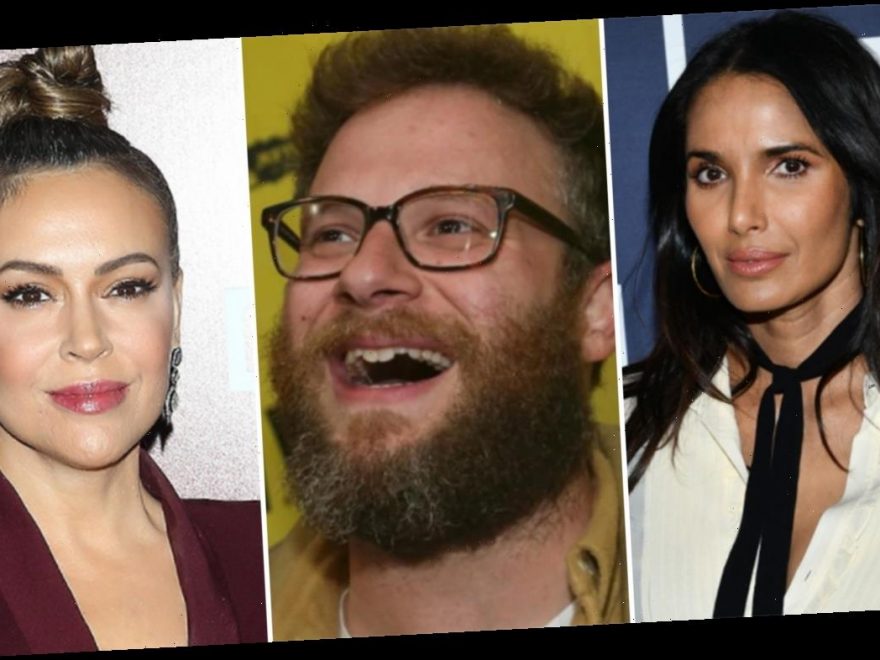 Celebrities are lashing out at Sen. Ted Cruz for traveling to Cancun, Mexico, with his family as Texas continues to face a major snow crisis that left more than 500,000 without power.

Cruz, R-Texas, told Sean Hannity that he had lost power in his home for two days before electing to travel and admitted that he began to have “second thoughts almost immediately” after boarding his flight.

Photographs of the senator began circulating on social media late Wednesday, showing him at an airport as millions of Texans remained without power, heat, or clean water. His travels prompted intense backlash not only from Texans but citizens around the country, including numerous Hollywood stars who slammed him for abadoning his constituents.

“I think @SenTedCruz is desperately trying to rebrand from the ‘inspired a deadly insurrection”‘ motherf–ker to the ‘left my constituents to freeze to death so I could go to Cancun’ motherf–ker, but luckily he can be both. He’s just that big a motherf–ker,” actor Seth Rogen tweeted.

Celebrities ripped into Sen. Ted Cruz, R-Texas, this week as photos surfaced showing the politician traveling to Cancun, Mexico as millions of Texas constituents were without power amid a catastrophic snowstorm.
(AP/Getty Images)

“The fact that @tedcruz is flying to Cancun for a vacation, while his constituents in #Texas are literally freezing to death, is legit horrifying and enraging. But not surprising. TX, y’all deserve better. Vote this f–ker out. You deserve a Senator who cares about your lives,” Sophia Bush wrote on Twitter.

Bush continued to retweet others slamming Cruz, and in one instance called his actions “infuriating.”

“How ugly does a motherf–ker have to be before the good people of Texas stop sending him to do their business? @SenTedCruz,” wrote Ron Perlman.

“Charmed” alum Alyssa Milano praised Beto O’Rourke for “actually” being in Texas amid the winter storm “making wellness-check-phone-calls.” She said on Twitter she knew of O’Rourke’s efforts because she was on the same Zoom call with him, “watching him work his a– off for his fellow Texans.”

Milano also said she asked “#cancunCruz” “to follow me on Twitter yesterday so I could DM him.” She then shared a screenshot of a tweet that asked him to try to co-sponsor a bill that would “lift the arbitrary timeline on the Equal Rights Amendment,” she explained.

Comedian Chelsea Handler took to Twitter with a joke in response to Cruz’s travels. “If you’re wondering how far Ted Cruz will go to prove he’s an a–hole, it’s 1,800 miles,” she tweeted Thursday.

“Millions of his constituents are without power and water in freezing temps and @tedcruz is *literally* hopping a plane to spring break in Cancun. You can’t make this s–t up,” Padma Lakshmi said.

Patton Oswalt also mocked Cruz by retweeting several tweets consisting of photos of Cruz on a plane and in the airport. “This absolute worm,” Oswalt wrote in one tweet.

“So in TITANTIC, when Rose didn’t share that piece of wood she was floating on, and took a nap while Jack froze to death…Is that pulling a Cruz? #thatssocruz,” Wanda Sykes wrote.

“Star Trek” actor George Takei said Cruz proved “that he can do something no compassionate or effective leader would ever do, and the GOP base in Texas will still vote for him because you gotta own the libs.”

“Dear #Texas When you come out of this horrific time- and you will because you are the great people of a great state- remember this coward. You deserve better. #TexasFreeze #CancunCruz,” Farrow wrote.

In another statement on the social media platform, Farrow shared this “rule” with her followers: “if you’re politician whose state is enduring an immense catastrophe, don’t fly away to a sublime vacation spot. If you care about your constituents, you STAY AND HELP.”

Rosanna Arquette said Cruz is “not fit to serve the American people in any way shape or form” and also referred to him as a “disgrace.”

“Heidi and me, we lost power for two days,” Cruz told Hannity, referring to his wife. “Our house was dark. We had no heat. We were all huddled around the fireplace because it was the only heat in the house, and after a couple of days [of] the girls being really cold and [temperatures] being in the teens or the 20s outside, our girls said ‘Look, school has been canceled for the week. Can we take a trip and go somewhere warm?’ And Heidi and I, as parents, we said ‘OK, sure.’

“And so last night I flew down with them to the beach and then I flew back this afternoon,” Cruz continued.

The senator intended to stay with his family through the weekend, “but as I was heading down there, you know, I started to have second thoughts almost immediately because the crisis here in Texas, you need to be here on the ground,” he told Hannity.

“As much as you can do by phone and Zoom, it’s not the same as being here. And so, I returned this afternoon and I’m here working to make sure that we do everything we can to get the power turned on.”

The Republican lawmaker admitted that taking a beach vacation with his family while Texans suffer in freezing cold temperatures at home was “obviously a mistake.”