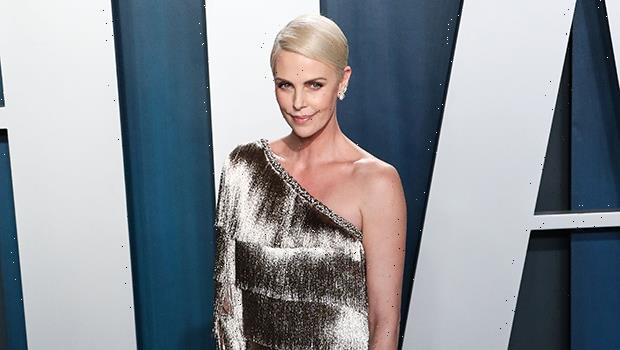 Charlize Theron is kicking off 2022 by sporting a floral tank top while lounging on her couch with her youngest daughter, August and their adorable pup.

Charlize Theron is bringing new year, same me energy into 2022. The 46-year-old actress and model is keeping it real in her most recent Instagram post as she and her youngest daughter, six-year-old August Theron, brought in the new year snuggling on the couch under a Care Bear blanket. Charlize pretended to nod off for the comedic pic while August was cuddled up next to her wearing a VR headset. Even their dog slept beside them, clearly just as exhausted from 2021.

“New year, same energy. C’mon 2022, don’t be a bitch!” Charlize joked in the caption of her post. Several of her celeb friends got in on the joke and left their own humorous comments. “Nice eye shades, auggie!” comedian Chelsea Handler quipped, while Mad Men actress January Jones chimed in, “Omg I got xander that eye mask massager thing for Xmas” — referencing her own son Xander, 10.

The Monster actress rarely posts pictures of her family so this cameo from August is a special treat. Aside from the occasional paparazzi snap like when she, August and her eldest daughter Jackson Theron, 9, were spotted arriving in Los Cabos for Thanksgiving, Charlize tends to protect her loved ones from the limelight. This post-New Year’s Day picture breaks a streak of over one year since Charlize shared her children on social media. The most recent upload is from September 25, 2020, when she shared a picture of Jackson and August in front of a unicorn cake for National Daughters Day.

The Denver and Delilah Productions founder first became a mother when she adopted Jackson in 2012. Three years later, she adopted her youngest daughter, August. Charlize recently opened up about adopting and raising two black girls as a South African woman. “I have a real acknowledgment, as we all do as parents – we know where we lack and we know where we are rich. And this is maybe not where I am,” she told Essence.

“I am so grateful to the incredible village of strong Black women in my life who I can pick up a phone to, or come over to my house and they’ll tell me: ‘You need to stop doing this,’ or ‘these baby hairs are breaking off. What are you doing?’” she added. “So they put me in my place, and because of them I feel this great confidence in raising my girls.”