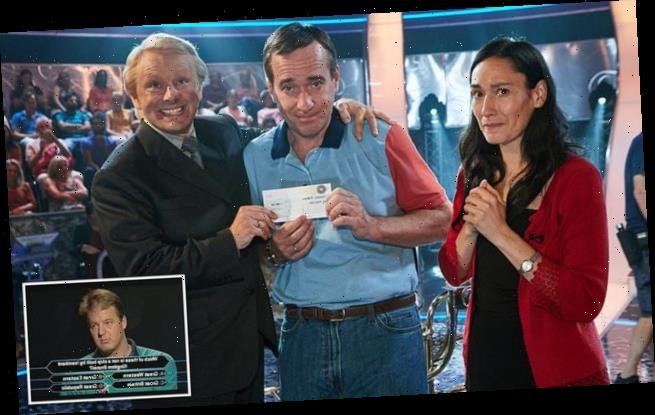 This drama truly was a winner: CHRISTOPHER STEVENS reviews Quiz, the story of the ‘coughing major’ was who convicted of cheating on Who Wants To Be A Millionaire?

Have you ever had a crack at getting into the hot seat on Britain’s most lucrative quiz show, by dialling the premium-rate number to register for Who Wants To Be A Millionaire?

Lord knows I did, many times, when the TV phenomenon launched in 1998, offering the biggest jackpot in small- screen history.

Telly quizzes before that used to offer Teasmades, Betamax players or silver-plated chequebook-and-pens. Suddenly contestants had the chance to play for a seven-figure sum. No wonder we all made a grab for our phones as the credits rolled.

Those were more innocent times. No one imagined that entry to the contest could be rigged by ambitious quizzers. 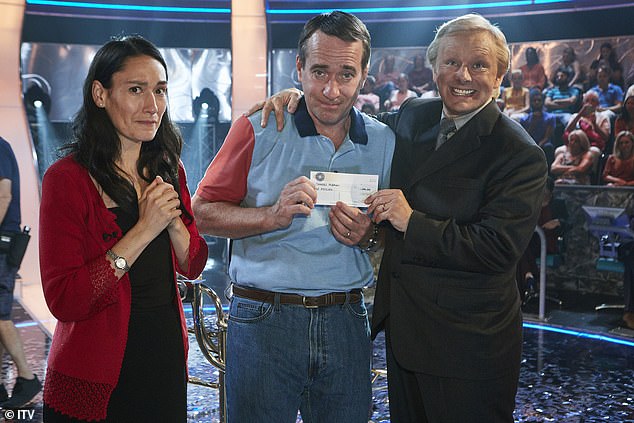 Monday night’s real-life drama Quiz (ITV) exposed the scam, in the first of a three-parter that continues on Tuesday and Wednesday. Starring Michael Sheen as Millionaire’s host Chris Tarrant, it’s the story of hapless Army major Charles Ingram and wife Diana who plotted to cough and swindle their way to the top prize.

But we’ve barely seen the main scheme get going yet. The opening episode was all about a separate scheme concocted by other avid quiz addicts to enhance their chances of getting on the show.

Based on the stage play by James Graham, Quiz alleged that would-be contestants calling themselves the ‘Syndicate’ — who claimed to have not broken any rules — pooled their expertise. That’s how a small group of people managed to get so many tilts at the jackpot … and why the likes of you and me never stood a chance. In the end, it was ordinary viewers who were swindled.

Quiz opened with the media scrum at Southwark Crown Court as the Ingrams and their fellow conspirator, a South Wales college lecturer named Tecwen Whittock, faced charges of fraud.

A pretentious quote by Pablo Picasso flashed onto the screen, something about art being a kind of lie that reveals the real facts. This appeared to be a hint that the script was taking plenty of liberties with la verité. 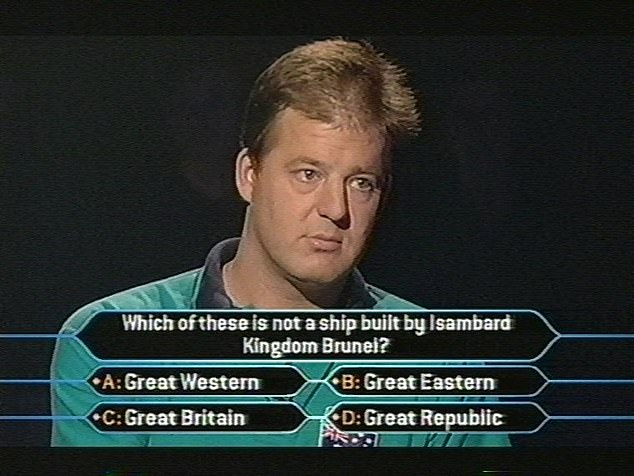 But the truth, as Chris Tarrant pointed out in Saturday’s Daily Mail, is simple enough. Major Charles Ingram and his wife were a pair of greedy cheats who ruined their own lives by trying to defraud the show, and public, out of a huge sum of money.

No, any sympathy for the Ingrams is not based on any grudging admiration — that all of us would love to trick our way to a million quid. It stems from the fundamental kindness of the British people. As criminal masterminds, they were pitiful.

Matthew Macfayden, as Charles Ingram, conveys this with pathetic charm. The actor has a gift for making weak, ineffectual men seem lovable. Watching him flounder through a succession of questions he barely understands will be a treat.

Fleabag’s Sian Clifford is excellent too, as the brittle wife frustrated by the stupidity of all the men around her.

But the honours on the first night go to Michael Sheen for his performance as bullish Chris Tarrant. The actor’s ability to look like real people is practically supernatural: Brian Clough, Kenneth Williams, David Frost, Tony Blair … you might imagine they have nothing in common but in fact they all looked exactly like Michael Sheen.

This time, he captures Tarrant’s nasal laugh, his wolfish smile and that air of cynicism, like a man who was fooled long ago by his own publicity and will never fall for it again. 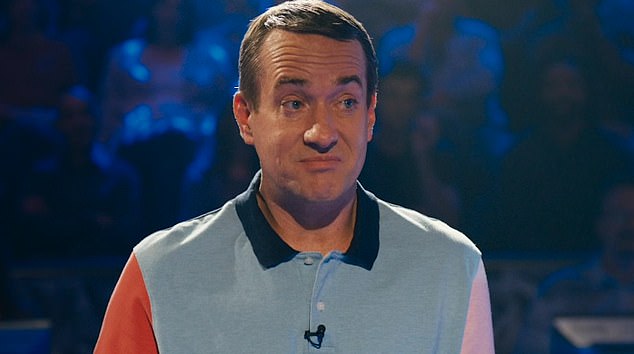 Matthew Macfayden, as Charles Ingram, conveys the greed of the man with pathetic charm

Last time I interviewed him, he told me that when Quiz was first staged he went in disguise to a try-out at a provincial theatre. He left more convinced than ever that the Ingrams were lucky to escape a long jail sentence.

The TV version bears many hallmarks of a script that was originally written for live performance — such as the way Nicholas Woodeson as the prosecuting barrister addresses his remarks directly to the camera, making us feel that we, the viewers, are the jury.

And so we are, in a way, a jury facing a multiple-choice question:Was Major Charles Ingram…

A) The rightful winner

B) Too stupid to cheat properly

Watch it all before you give your Final Answer…