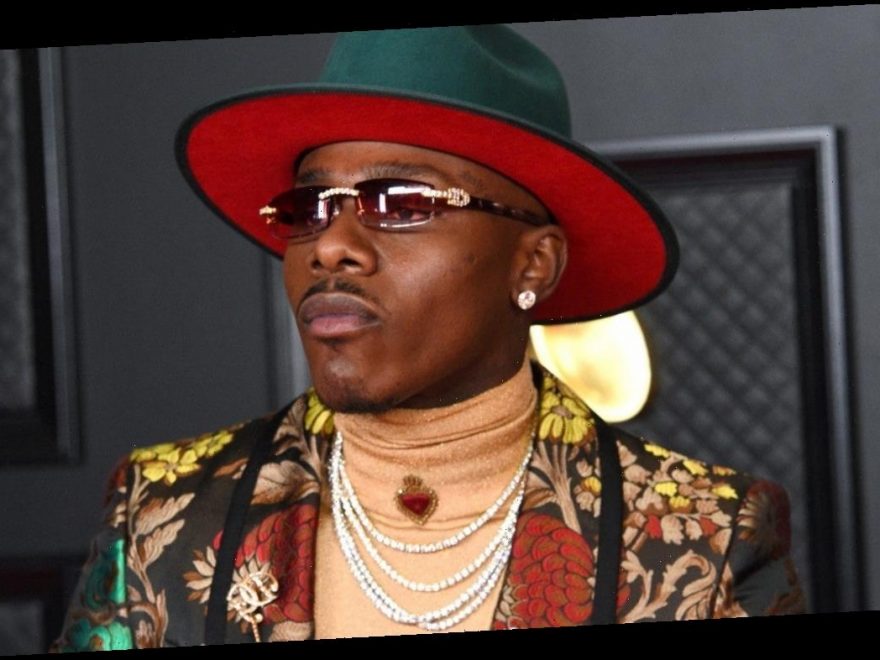 DaBaby is trying to make it up to JoJo Siwa. The rapper made headlines and felt the wrath of Siwa’s fans after appearing to diss the 17-year-old star in a freestyle last month, despite his declaration it was all a play on words.

As DaBaby told ET’s Kevin Frazier at the 2021 GRAMMYs on Sunday, he’s tried to clear the air with Siwa — and even invited her to perform with him at the awards show.

“We’re 1000% JoJo Siwa fans. We love her, we actually reached out to see if she wanted to perform with me at the GRAMMYs,” he shared, adding that his daughter is a huge fan of Siwa. “But I heard she’s somewhere working on a project of her own.”

That project is likely Siwa’s upcoming Nickelodeon film The J-Team, which started filming in Vancouver last month. While she and DaBaby won’t share the stage at the GRAMMYs, the rapper told ET he’s “for sure” tried to clear up any confusion over his freestyle.

In DaBaby’s freestyle “Beatbox” remix last month, he rapped, “You a b**ch, JoJo Siwa, b**ch,” while holding up a photo of Siwa on his phone. DaBaby later took to Twitter to explain that the line wasn’t meant as a diss, but was simply a play on words. DaBaby’s real name is Jonathan (hence “JoJo”) and he used Siwa as a twist on “See why.”

DaBaby is nominated for four GRAMMY Awards this year — Record of the Year, Best Rap Song and Best Melodic Rap Performance for “Rockstar” featuring Roddy Ricch and Best Rap Performance for “Bop.” The rapper brought his mom to the awards show on Sunday, but made sure to include his daughter in the fun at home as well.

“The second that I decided that I was going to start rapping — I actually have a song where I mention what I’m gonna play at the GRAMMYs, you know what I mean, and I mention my mother at the GRAMMYs so it’s just dope to see it all come to fruition,” he added.

Get the complete GRAMMYs winners list, plus GRAMMY Awards live updates at ETonline.com.