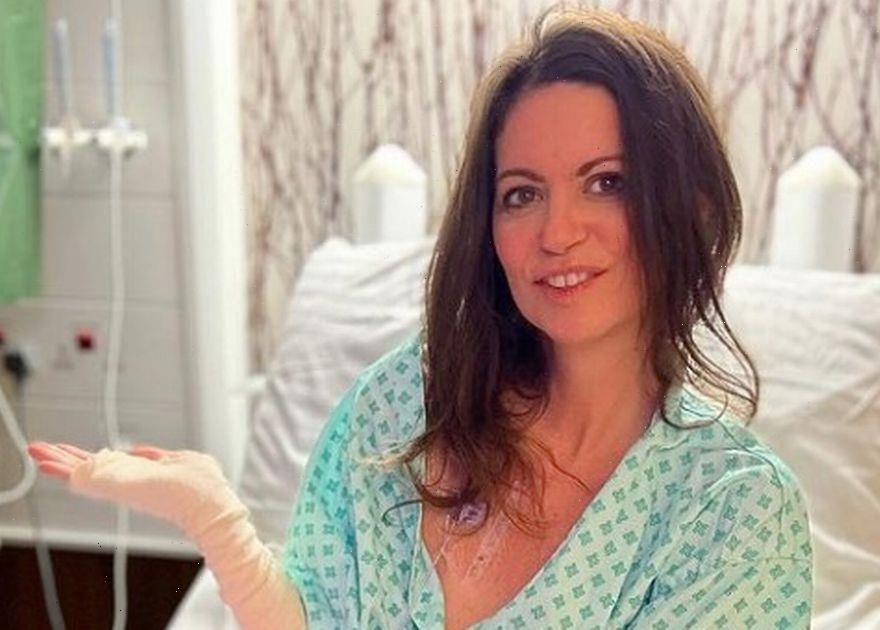 Deborah James has reached her target of £5million to raise money for Cancer Research UK after announcing she's moved to end-of-life care.

The 40 year old, who has been courageously battling bowel cancer for five years, wrote a heartbreaking “goodbye" post on Monday 9 May, revealing that her body “just wasn’t playing ball”.

Mum-of-two Deborah started a Just Giving page in a bid to raise an initial £250,000 for charity, but was blown away when she surpassed the number by millions in just days.

After reaching £4million on Friday 13 May, Deborah's close pal Lizzie Parry announced she hoped people would continue to donate and get the number up to a whopping £5million by the weekend.

"So the fund for her will be so vital and the fact that it's nearly at £4million – she said to me last night she wants to his £5million by the weekend, which I think is entirely possible," Lizzie told Good Morning Britain hosts Kate Garraway, 55, and Ben Shephard, 47.

She's now smashed her target, getting a little over £5million with no signs of donations slowing down after Deborah called for people to "give one final F*** YOU to cancer!"

The news comes after Deborah was made a Dame for her efforts to raise money for charity. In a statement, Downing Street said the Queen was “pleased to approve the honour of Damehood” be conferred upon Deborah.

Revealing her shock at being made a Dame, Deborah told The Sun: “I don't know what to say. I'm blown away and feel incredibly honoured. I don't feel like I deserve this. I can't tell you what this means to my family, it's so much to take in.”

Her children said to the same publication: “We’re just speechless, we’re so, so proud.”

Deborah's husband, Sebastian said that the outpouring of love and generosity has "brought a piercing ray of light and hope into this, the darkest of times.

“She has campaigned tirelessly, often through adversity, and being recognised with a Damehood is something that she would never have dreamt of, but it is so truly deserved.”

Deborah’s parents, Heather and Alistair also praised their daughter as they said: “It is amazing that the love for our inspirational daughter has been honoured in this way.

“It recognises her strength and courage in sharing her story over the last five years to help others facing the challenges of cancer.”

In her heartbreaking post on Monday, Deborah wrote: “The message I never wanted to write. We have tried everything, but my body simply isn’t playing ball.

"My active care has stopped and I am now moved to hospice at home care, with my incredible family all around me and the focus is on making sure I’m not in pain and spending time with them.”

Describing her current state of health, she said: “Nobody knows how long I’ve got left but I’m not able to walk, I’m sleeping most of the days, and most things I took for granted are pipe dreams.”

Speaking of her cancer treatment, she said: “I know we have left no stone unturned. But even with all the innovative cancer drugs in the world or some magic new breakthrough, my body just can’t continue anymore.”

Deborah revealed that she wants to spend her final days and hours "on the lawn drinking champagne with her family", saying that her nurses told her: "You are dying, you can drink what you like."

For all your updates on Deborah James, sign up to our daily OK! newsletter.