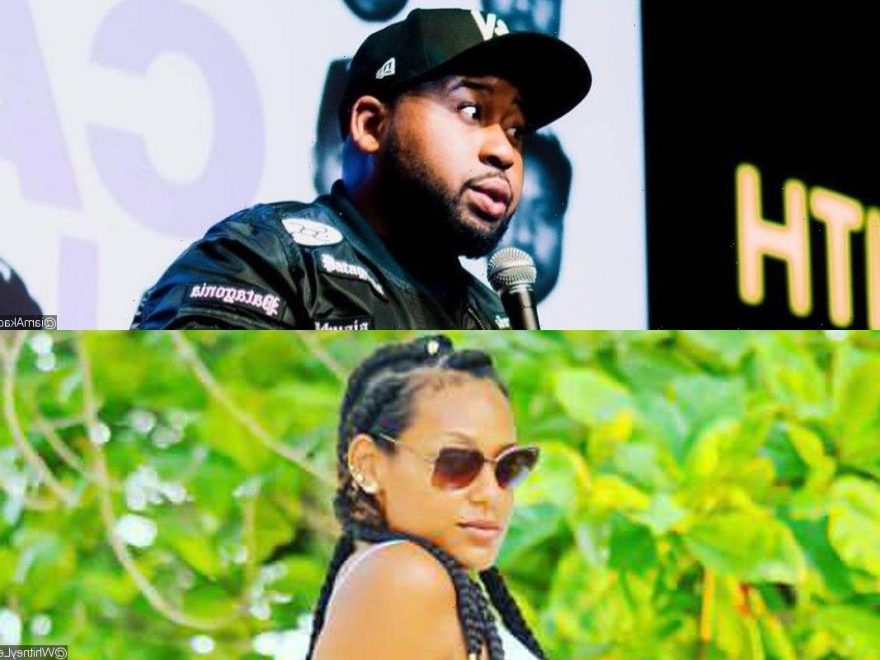 Aside from saying that the incident during live streaming is staged, Whitney LeDawn believes that the purpose of the show is to ‘degrade’ women and ‘belittle them.’

AceShowbiz –DJ Akademiks might have created a fake drama to boost up the ratings of his recent appearance on “Fresh & Fit” podcast. The social media star has been accused of lying for ratings by Whitney LeDawn after she allegedly pulled a gun on him during the livestream.

“They did that for nothing. They did all that for ratings,” the Instagram model said in a video obtained by TMZ on Saturday, December 11. “When I left, I was already in the hallway, I heard him, talking about ‘move to the left, move to the left.’ “

Whitney further recalled, “I’m in a hallway like, ‘What is he talking about?’ I start moving to the left like, ‘What’s going on?’ ” She added, “So that’s what I tried to do was leave gracefully and it’s just like they kept trying to provoke me. So they got what they were looking for. I definitely was, you know, I’m a concealed carry and I keep my gun with me at all times.”

“But I never, not once, pull it out. And you know, they just took that around with it,” Whitney stressed. “They tried to say if it was, it happened. They wanted to have list of everything was recorded. You would see it.”

Whitney went on explaining, “I was gathering my things, I have my little liquor bottles that I was putting my bag.” The Instagram influencer continued, “I was trying to leave and they just took that around with it.”

Whitney also noted that “nobody has reached out to [her] to apologize. Nobody has at all.” However, she insisted that she’s “not surprised by that.” She reasoned, “I mean, that was the whole purpose of their show that now that I see this, you know, the purpose of the show is to bring women on there to degrade them and belittle them. And, you know, don’t let them really get a chance. They were grouping us as if we all have the same opinion and we didn’t.”

The heated argument happened during the Wednesday, December 8 episode of the podcast show, which was also broadcast on DJ Akademiks’ Twitch channel. At the time, Whitney, a single mother, claimed during the podcast to be a “child of God.”

DJ Akademiks was thrown off by her mention of religion. He then proceeded to ask if she had her child out of wedlock. “I just wanna know if God would approve,” he explained after Whitney confirmed.

However, the exchange of words between DJ Akademiks and Whitney escalated quickly, with the woman shouting at everyone before being escorted out. After being asked to leave the table, she yelled at DJ Akademiks, “You wanna talk about my sins? Let’s talk about yours… Obesity.” She also called out the media personality over his love for brown liquor.

DJ Akademiks then walked offscreen and continued to berate Whitney. As she was also leaving the room, she seemed to reach for something inside of her purse and many on the show believed it was a gun. To end the show, everyone was instructed to “move to the left” to prevent any shooting.

After the fighting stopped, DJ Akademiks addressed the chaos during an Instagram Live session, pointing out that he didn’t even really know who the woman was. “It could have went another way,” he said, noting how things could have been disastrous. “She grabbed some s**t but my man was ready.”