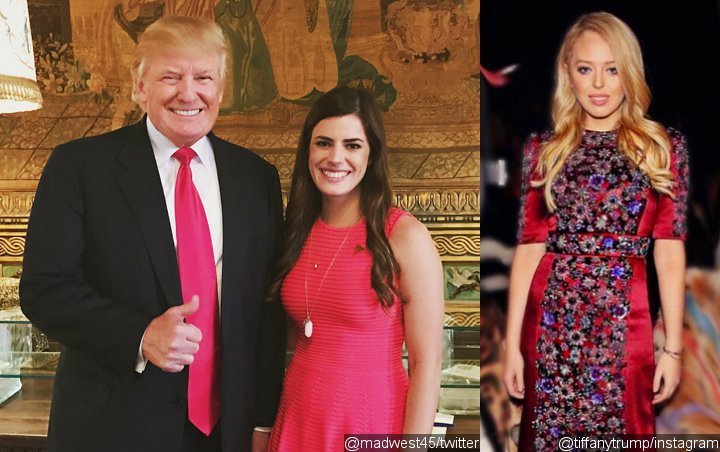 Calling Madeleine Westerhout’s comment about his daughter ‘hurtful,’ the president has fired his personal assistant after she bragged about her relationship with Trump.

AceShowbiz –Donald Trump has fired his personal assistant Madeleine Westerhout after she got a little too chatty with reporters during an off-the-record dinner. Westerhout was let go from her post at the White House on Thursday, August 29, after she made comments on the president’s daughter Tiffany Trump and Ivanka Trump.

During the off-the-record dinner Westerhout and deputy White House press secretary Hogan Gidley held earlier this month with reporters who were covering Trump’s vacation at his golf club in Bedminster, New Jersey, Westerhout allegedly revealed that POTUS did not like being pictured with his daughter Tiffany because he perceived her as “overweight.” She also joked that Trump couldn’t pick Tiffany out of a crowd.

Westerhout made the comments to reporters when Gidley left the restaurant for 45 minutes to do a television interview on Fox News. “She had a couple drinks and in an uncharacteristically unguarded moment, she opened up to the reporters,” one of the journalists at the dinner told Politico.

“This was an off-the-record dinner and the media blatantly violated that agreement,” an administration official said.

However, Trump has denied the claim that he didn’t like being photographed with his daughter Tiffany. “Oh, no. No,” the president said to reporters when leaving the White House to fly to Camp David for the Labor Day weekend on Friday. “Tiffany is great. I love Tiffany,” he added of his daughter.

Calling Westerhout’s comments “unfortunate,” he said of her firing, “It was too bad.” He said that Westerhout was a “very good person” who performed her job well and he “wished her well.” He additionally commented on off-the-record dinner, “I really think she had a bad night. She said she was drinking.”

“I think the press is very dishonest because it was supposed to be off-the-record. But still, you don’t say things like she said, which were just a little bit hurtful to some people,” he continued. He also said he planned to talk to his daughter about the reports as soon as he reached Camp David, “I’m going to say it’s just absolutely false. She is a wonderful person. She studies so hard. She’s a great student. And she’s just a great – she’s a great person. So I look forward to talking to her. I’ll be talking to her as soon as I get – and I love Tiffany. Tiffany is a great person.”