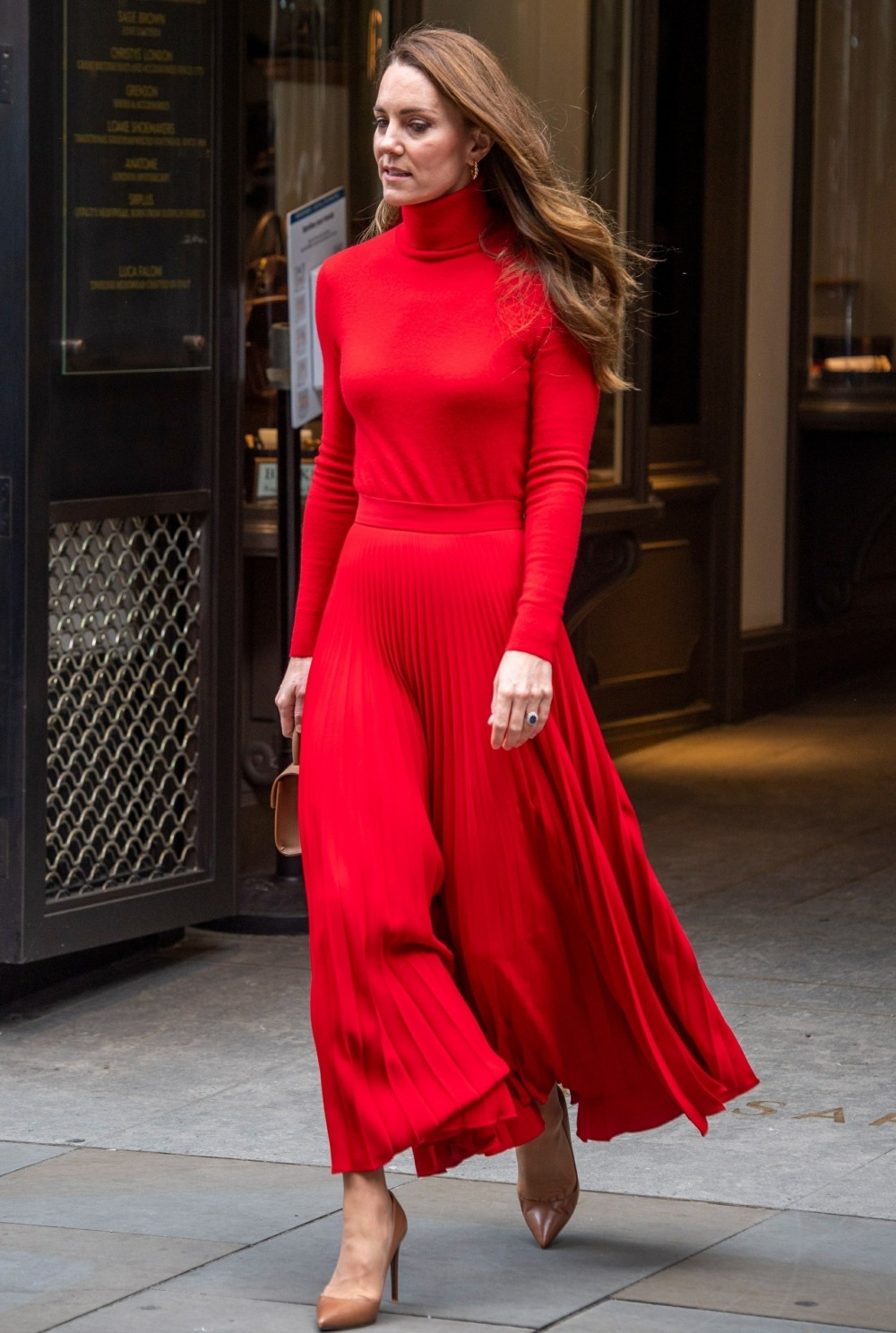 Here are more photos of the Duchess of Cambridge yesterday at the Forward Trust. Our photo agencies got the photos later than they usually would have, so this is sort of a fashion/styling post too. Her red dress is Ralph Lauren, and the turtleneck is cashmere. It’s new-to-us, and it is pretty, although I stand by my assessment that Kate loves to copykeen. Kensington Palace released a less-than-a-minute clip of Kate’s “keynote speech” at the event, and Kensington Palace released the text to select media outlets, like People Magazine:

Launching the Taking Action on Addiction Campaign she thanked those who shared their experiences of addiction with her as she met with beneficiaries of the charity as well as supporters with experience of addiction.

Kate said, “Addiction is not a choice. No one chooses to become an addict. But it can happen to any one of us. None of us are immune. It is all too rarely discussed as a serious mental health condition and seldom do we take the time to uncover and fully understand its fundamental root causes…. The journey towards addiction is often multi-layered and complex. But, by recognizing what lies beneath addiction, we can help remove the taboo and shame that sadly surrounds it. As a society, we need to start from a position of compassion and empathy. Where we nurture those around us, understand their journey, and what has come before them.”

Speaking of her pride in being patron of The Forward Trust, Kate highlighted how the lockdowns and anxiety caused by the COVID-19 crisis have exacerbated the problem for many sufferers. “The pandemic has had a devastating impact on addiction rates. And families and children are having to cope with addiction in greater numbers than ever before. We know that over one and a half million people across the U.K. who did not have substance misuse prior to lockdown may now be experiencing problems associated with increased alcohol consumption. Around 2 million individuals who were identified as being in recovery, may have experienced a relapse over the past 18 months.”

On Tuesday, she spoke of the hope that she holds despite the figures. “I have had the privilege of meeting many incredible people who have lived through the harsh realities of addiction,” she said in her speech. “Through their own hard work, and with the help from communities and charities, such as The Forward Trust, lives really are being turned around.

In the keynote speech, she added, “I fully support The ‘Taking Action on Addiction’ campaign to improve awareness and understanding of addiction. The campaign will show us that, not only do many people recover from addiction, they can go on to prosper. We can all play our part in helping this work. By understanding, by listening, by connecting. So that together we can build a happier, healthier and more nurturing society.”

Her speechwriters are doing a better job, at least. I expected her to go to the microphone, flip her hair and mumble something about how she’s keen to meet addicts. I found this interesting: “It is all too rarely discussed as a serious mental health condition and seldom do we take the time to uncover and fully understand its fundamental root causes…” She’s trying to link addiction to early-childhood development (her beloved Early Years research), like if addicts had better childhoods in two-parent affluent homes, then maybe they wouldn’t be addicts. That’s not the way any of this works. As medical research into addiction grows, we find more and more that there are so many genetic predispositions to addiction, and those genetic predispositions are across race, class and socioeconomic background. I know I’m nitpicking, but her emphasis on “knowing the root cause” of these issues is often simplistic and offensive.

— The Duke and Duchess of Cambridge (@KensingtonRoyal) October 19, 2021 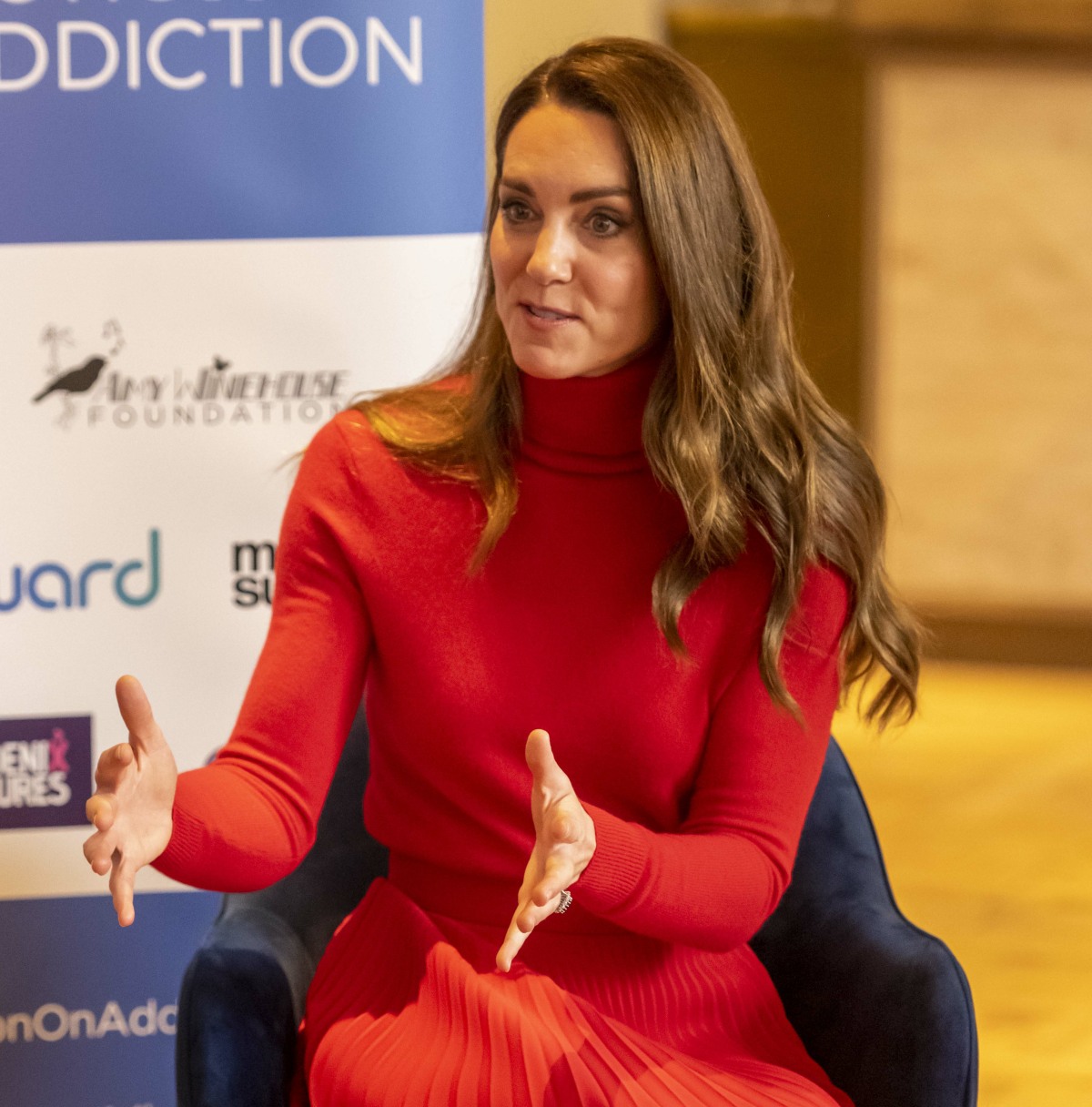 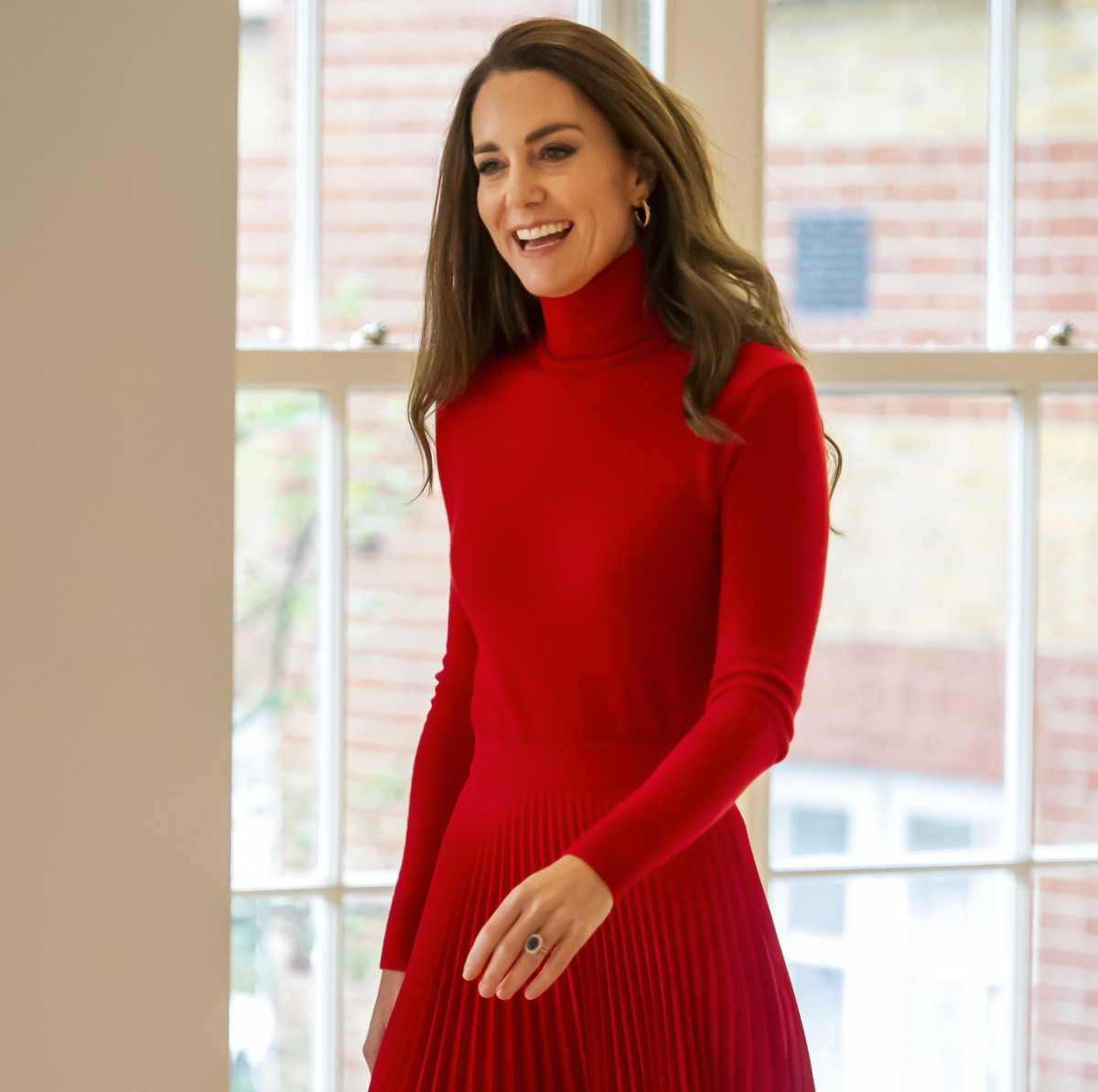