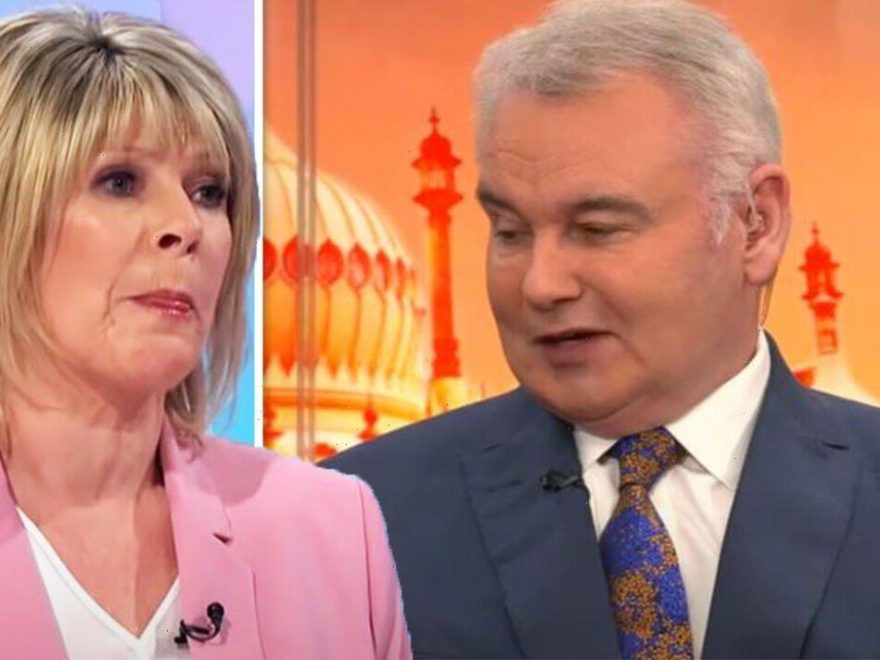 Eamonn Holmes says Ruth is an 'unsung hero in television'

Former This Morning presenter Eamonn Holmes has taken to Twitter to reveal he’s “completely in the bad books” with his wife Ruth Langsford after asking the Loose Women panellist an “innocent question” this morning. Taking to Twitter, the GB News star, 62, told how he had inadvertently upset his wife of 12 years by asking where a vital piece of kitchen equipment was kept.

In view of his one followers, the Irish-native revealed the question that had caused a row in the Holmes-Langsford household this morning.

Eamonn wrote: “Little could I have imagined that a simple question asked outloud like ‘Where do we keep the Eggcups?’ would have got the day off to such a fractious start. (sic)

“Sorry I asked,” he added, followed by a serious face emoji.

The star was soon inundated with replies from his followers after having addressed the row on the micro-blogging site.

Following his post, fans of the TV star took to the comments to weigh in on the spat.

They quipped: “You should know where your egg cups are,” leading Eamonn to reply: “They weren’t where I would put them…

“But that lead to a wider conversation unfortunately,” he revealed.

Twitter user @Mlou87466566 wrote back to Eamonn: “Is it because you don’t help tidy that you don’t know or because ruth has moved them?”

The star simply replied with a row of thinking face emojis.

Ruth and Eamonn have been married for 12 years after meeting when Eamonn was working at GMTV in 1997.

Five years later, they welcomed son Jack, their only child together.

In 2010, the pair were married at The Elvetham hotel in Hampshire.

The former This Morning presenter has recently spoken out on his relationship with his current wife and how he instantly knew she was the one for him.

Eamonn said: “For me, it was love at first sight.”

However, he confessed that the feeling was not mutual at first.

He went on: “I tease her still that she always regarded herself as too sophisticated for me.

“She’d say, ‘Daddy’s in the Army,’ and I got the impression he was a Brigadier-General, but it turned out that he ran the motor pool.

“She just sounded posh as the Army paid for her to go to private school,” he added to Daily Mail’s Weekend magazine.