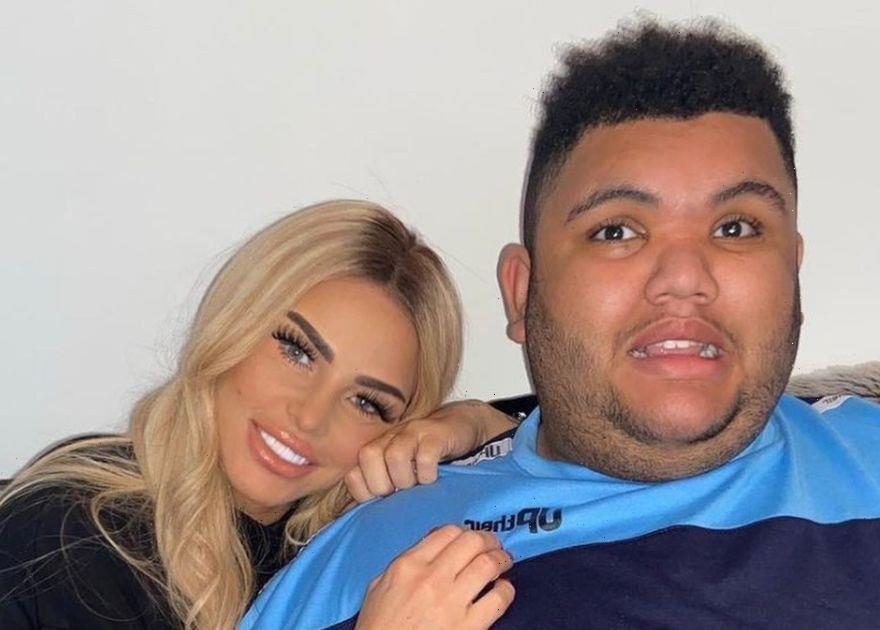 According to DailyMail, the Metropolitan cops, who are said to be based at Bexleyheath police station in south east London, have been accused of posting racist jokes in the group chat.

A source told the publication that the officers were brought in for a meeting with senior command after the messages were discovered in March.

The insider said: "They've been putting sick jokes in there, pictures of black criminals, but some of the worst stuff was taking the Mickey out of Harvey Price."

Katie's 19 year old son Harvey, who she has with his estranged father Dwight Yorke, 49, has Prader-Willi syndrome, autism and is partially blind.

Met police has since told OK!: "An investigation is underway by officers from the Met's Department of Professional Standards (DPS) into allegations that inappropriate material was shared by officers in a closed WhatsApp group.

"The DPS is considering whether the material constitutes a breach of standards, specifically whether there is any evidence of discrimination relating to race, sex, sexual orientation, religion or belief and disability.

"Eight officers – all of whom were based on the same team within the South East Command at the time the material was posted – have been placed on restricted duties. The group is no longer active.

"The existence of the WhatsApp group came to light in March and an investigation was immediately launched.

"The DPS investigation is also considering an allegation of bullying involving a female colleague.

"The matter was referred to the Independent Office of Police Conduct (IOPC) who took the decision that it should be investigated locally by the DPS."

It comes after Katie recently gushed over her son as he graduated from school.

The 43 year old took to her Instagram feed to share two photos of Harvey in his cap and gown, including one where he throws the cap up in the air in joy.

In the caption, the doting mum wrote: "Words cannot describe how proud I am of my son @officialmrharveyprice for his graduation he has come so far and further than any doctor or my family thought .

"He is now 19 ready to go to college fir his next chapter in life , he makes me so proud and is a massive credit to myself knowing how well I’ve done bringing him up on my own," alongside three red heart emojis.

A second picture showed Harvey with a massive smile plastered across his face as a teacher handed his graduation certificate.

"Harvey so happy with his certificate for graduating He is just so amazing my absolute life soul and joy," Katie wrote in the caption, followed by three red heart emojis.

For all your updates on Katie Price and her son Harvey, sign up to our daily OK! newsletter.