Eminem’s oldest daughter is off the market! She posted a sweet photo of her boyfriend of seven years popping the question.

Eminem‘s family is about to get bigger! The 49-year-old rapper’s oldest daughter Alaina Scott confirmed she’s engaged to her boyfriend Matt Moeller in a sweet Instagram post shared on Sunday, Dec. 12. The 28-year-old looked over the moon as her partner of seven years got down on one knee and presented her with a ring. In the next, the pair shared a kiss to mark the occasion, which took place on a romantic rooftop.

A final photo gave followers a look at the gorgeous gold band ring which featured a sparkly emerald cut diamond. “This moment. this life,” Alaina captioned the post, along with a heart emoji. “Yes a hundred times over. I LOVE YOU,” she added.

Alaina is Eminem’s niece, but was legally adopted by the 8 Mile star at some point in the 2000s. Her biological mother is Dawn Scott, who is the twin sister of Eminem’s ex-wife Kim Scott. Dawn, who lived in Michigan, tragically passed away in 2016 from a drug overdose. Notably, Eminem shares daughter Hailie Jade, 25, with Kim. He also adopted Kim’s son Stevie Laine Scott, now 19, who she shares with Eric Hartter. 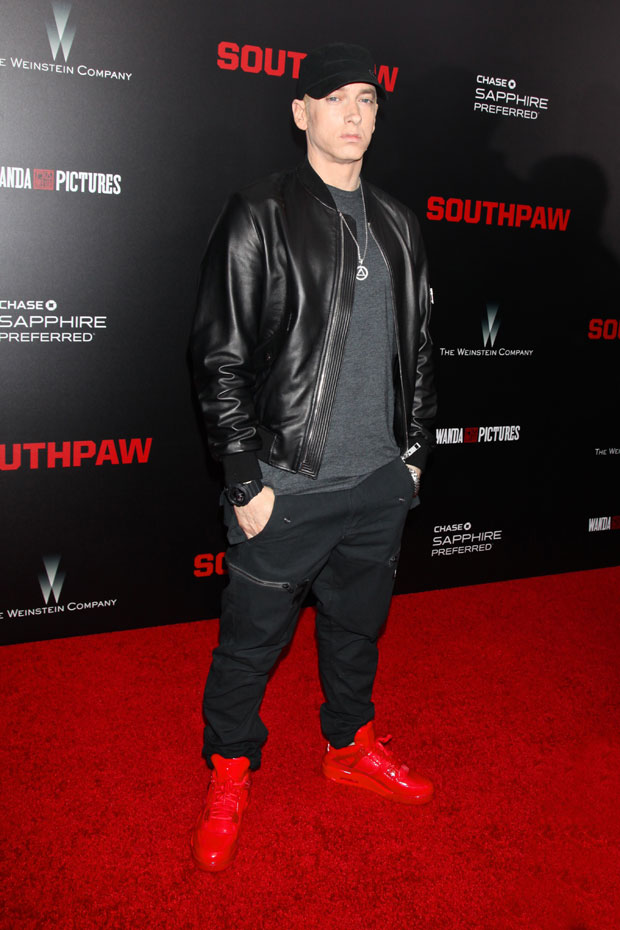 The rapper has referenced both Alaina, Hailie and Steve (who goes by Lainie) in his music — including on the 2004 track “Mockingbird.” On the song, he raps, “Lainie, uncle’s crazy ain’t he? / Yeah, but he loves you girl and you better know it / We’re all we got in this world.” He then referenced both daughters as he said, “Looking at your baby pictures it just trips me out / To see how much you both have grown / It’s almost like your sisters now / Wow, I guess you pretty much are / And daddy’s still here / Lainie I’m talking to you too / Daddy’s still here / I like the sound of that, yeah / It’s got a ring to it, don’t it?”

He later described the song was “one of the most emotional” he’s ever written. “Yeah, a song called ‘Mockingbird’ to Hailie and Alaina. When [Kim] was on the run they didn’t understand it, and I’m not the greatest talker in the world, especially when I’m trying to explain to two little girls what’s goin’ on with someone who’s always been a part of their life and just disappeared. So that was my song to explain to them what was goin on, probably the most emotional song I ever wrote,” he said to Rolling Stone in 2004.

“I have full custody of my niece and joint custody of [my daughter] Hailie,” he added. . “I was always there for Hailie, and my niece has been a part of my life ever since she was born. Me and Kim pretty much had her, she’d live with us wherever we was at.”