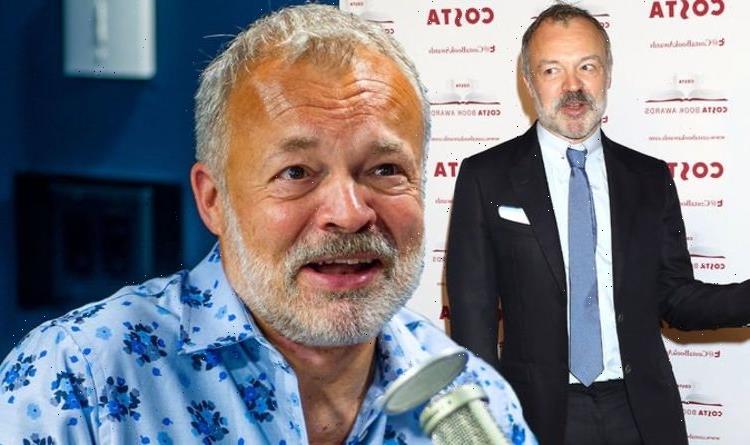 Graham Norton, 58, has spoken in one of his latest interviews about today’s supposed cancel culture. He believes thousands can be guilty of wrongdoing, but they should be forgiven, as people do change over time.

Everyone in the public eye is a bit worried about it.

The TV star has presented his self-titled BBC show, The Graham Norton Show, since 2007, regularly featuring some of the biggest Hollywood stars.

His presenting style is like no other, leading on funny remarks and featuring fan favourite celebrities.

However, this does not stop him worrying about being “cancelled”.

In an interview with New Magazine, Graham admitted there is always a chance.

He said: “Everyone in the public eye is a bit worried about it.

“I know people call it cancel culture but to me it checks and balances culture, really.”

Graham admitted there were many jokes he told in his comedy career years ago that he would never be able to say now.

However, he believes cancel culture forces people to find something more interesting to say, which is a good thing for the media industry.

The presenter went on to say that he struggles to understand why people moan that they cannot say anything now, because making a “fat joke” should never be defended.

Graham is, however, glad there was no Twitter when he started out, as this could have affected his lengthy career.

He said: “The one thing I struggle with is when people find tweets that someone did years ago, often before they were famous, and dredge them up.

“It’s one reason I’m glad there was no Twitter when I started out.”

People should be forgiven for things they’ve said, as over time, they do change, according to the presenter.

Graham has had a lengthy TV career and has five BAFTA TV Awards under his belt for his BBC comedy chat show.

Originally shown on BBC Two, it moved to the BBC One slot, succeeding Friday Night with Jonathan Ross in 2010.

From 2010 to 2020, he presented the Saturday morning slot on BBC Radio 2, and since 2021, he has presented on Saturdays and Sundays on Virgin Radio UK.

The star has also been the BBC commentator for the Eurovision Song Contest, with many watching just to listen to his hilarious commentary.

His amazing skills even led Hot Press to describe him as “the 21st century’s answer to Terry Wogan.”

In 2019, he became a judge on RuPaul’s Drag Race UK, alongside the likes of Alan Carr and Michelle Visage.

He was supposedly thinking of retiring, however the first lockdown made him realise stopping work is not for him just yet.