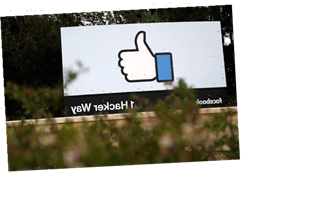 Facing a growing ad boycott spurred on by the company’s moderation policies — along with a slumping share price — Facebook VP of public affairs and communications Nick Clegg said the tech giant is doing more to weed out “hate speech” than any of its peers.

Clegg said Facebook removes about 3 million posts each month for violating the company’s hate speech policies, and that 90% of those posts are removed before the company ever receives a complaint from users. He also said that while Facebook doesn’t want to be “vet” what politicians say, it will be more hands-on in policing their posts; his comments come a few days after Facebook said it would start adding notification banners to posts from President Trump or other politicians who break their rules.

The CNN appearance comes as the #StopHateForProfit campaign, led by civil rights groups like the NAACP and the Anti-Defamation League, continues to pick up corporate support. The campaign accuses Facebook CEO Mark Zuckerberg of allowing extremists to promote violence and hate speech to go unchecked, thanks to Facebook’s laissez-faire moderation policies in comparison to other tech giants like YouTube and Twitter. Facebook has also been criticized by the campaign for not taking action against President Trump’s recent comments on mail-in ballots, unlike Twitter, which added a fact-check notification to the president’s tweets on the topic.

A number of major companies, including Verizon, Coca-Cola and Unilever, have joined the ad boycott in the last week, saying they’ll avoid posting ads on Facebook or Instagram at least until the end of July.

Facebook’s stock has taken a hit as a result, falling from $241 per share last Tuesday to about $216 per share on Monday morning.

Clegg, a former left-wing politician in Britain before joining Facebook, said the company will be doing more work to make sure it’s users and advertisers feel “safe” using the platform.

“We understand, of course, we need to do more. We understand people quite rightly want to put pressure on Facebook to do more, that’s why we made those additional announcements on Friday. That’s why we’ll continue to redouble our efforts. We have a zero tolerance approach to hate speech. Unfortunately, zero tolerance doesn’t mean zero accounts,” Clegg said. “That’s why we need to constantly need to improve at implementing our policies, enforcing them, so we can seek out what is thankfully still a very small minority, but damaging minority, of content on the platform.”