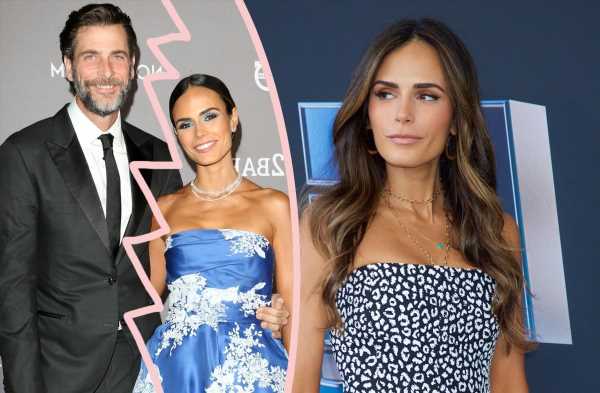 We don’t know about furious, but for a divorce being finalized, this is certainly relatively fast.

Jordana Brewster filed for divorce from husband, producer Andrew Form, just under a year ago, officially ending her marriage of 13 years.

The settlement docs filed this week, obtained by The Blast, detail how the couple’s assets will be split — and it includes a pretty substantial payout for the Fast & Furious star’s ex.

Neither will pay spousal support, but they did agree to divide up their shared assets, including the value of their marital home. And since Jordana is keeping it, she has to pay her estranged hubby off for his half: a whopping $5 million!

Hey, that’s a lot of money, but if that’s the only payout, she got off light for a Hollywood divorce. That’s actually especially true because of a specific decision they both made, to legally bifurcate their marital status in advance when it came to earnings. The former couple agreed “any income earned by either party from the date of separation (May 13, 2020) and thereafter as a result of their personal and professional effort, including projects created or made during the marriage, shall be the separate property of the earning party.”

In other words, any money from F9 being a huge hit — with a $70 million opening weekend, it’s now the first real blockbuster since the beginning of the pandemic and the biggest opening since 2019 — any bonuses coming her way are coming solely her way.

You may be wondering why her ex would agree to such a deal, knowing that The Fast Saga was continuing. Well, it may not have been magnanimity on his part. We mentioned he’s a producer — and he also has quite a few flicks ready to come out, including A Quiet Place II (he also produced the first one, a major sleeper hit in 2018). So something tells us it was a smart bet to split the money early.

Not that Jordana probably even cares, if we’re being honest. The 41-year-old moved on very quickly after her divorce filing with someone richer than both of them: Mason Morfit, the CEO of tech investment company CEO of ValueAct Capital and former board member of Microsoft.

Things are going well for the new couple. Jordana even wrote an essay about their romance for Glamour last week, explaining how her marriage had grown distant because of work. She revealed she had met Mason years ago when she was still married but “took note” of him and started following him on Instagram.

“Four days after I separated from Andrew, I was on a plane to San Francisco to visit this man I had met only once but who had stayed on my mind. I knew he’d been separated for two years. I wanted to see him, to confirm whether the image I’d built up in my mind matched reality. What I got was far more than I expected.”

It’s a very sweet essay; you can find it all HERE.

Well, hey, at least everyone is happy, right??