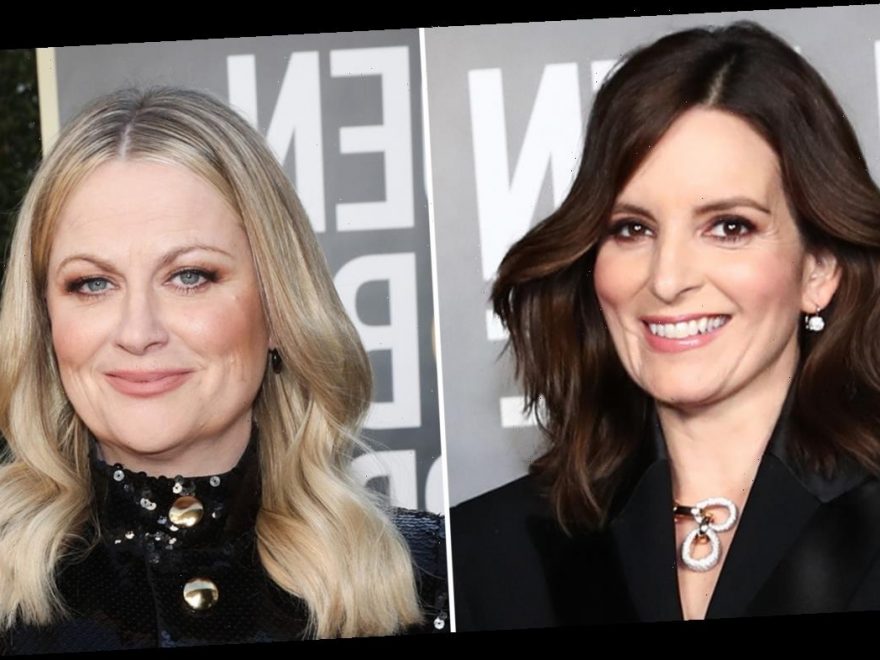 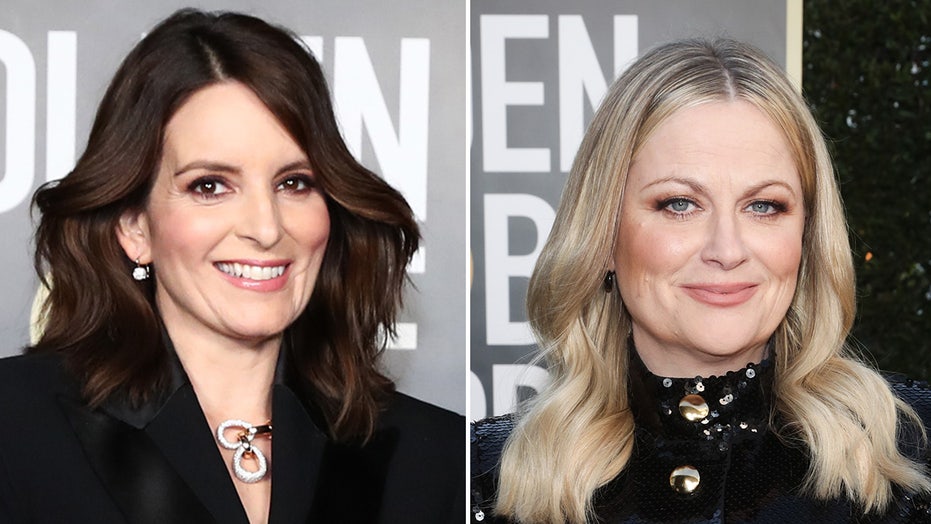 Tina Fey and Amy Poehler returned as co-hosts of this year’s Golden Globe Awards, one of the biggest nights for TV and film, and they wasted no time mocking the Hollywood Foreign Press Association, who puts on the show.

In the week leading up to 78th annual awards show came the revelation that there are no Black voting members in the group, something that only reinforced criticism that the press association — which notoriously controversial host Ricky Gervais last year called “very, very racist” in his opening monologue — is in need of overhauling.

“The Hollywood Foreign Press Association is made up of around 90 international no-Black journalists who attend movie junkets each year in search of a better life,” Fey cracked. “We say around 90 because a couple of them might be ghosts, and it’s rumored that the German member is just a sausage that somebody drew a little face on.”

When discussing some of the biggest TV shows and movies up for awards Sunday night, the co-hosts joked that Pixar’s “Soul” is a “beautiful Pixar animated movie where a middle-aged Black man’s soul accidentally gets knocked out of his body into a cat. The HFPA really responded to this movie because they do have five cat members.”

Poehler added that the public is “understandably upset at the HFPA and their choices. Look, a lot of flashy garbage got nominated but that happens. That’s like their thing. But a number of Black actors and Black-led projects were overlooked.”

“We all know awards shows are stupid,” Fey joked.

GOLDEN GLOBES 2021: A BREAKDOWN OF THE NOMINATED MOVIES 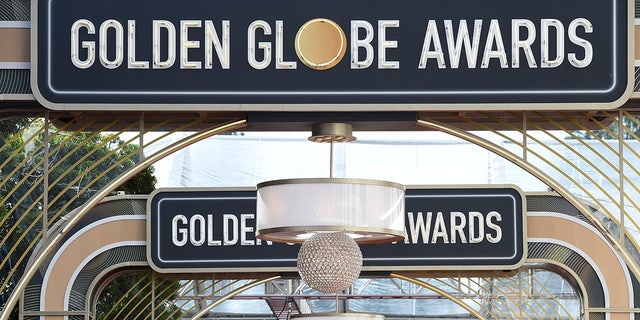 The 78th annual Golden Globes are being held bicoastally for the first time ever, with Tina Fey and Amy Poehler serving as co-hosts.
(Jordan Strauss/Invision/AP)

Fey added that the HFPA’s workplace is “the back booth of a French McDonald’s” before noting that the association has “got to change” their lack of diversity.

“Here’s to changing it,” Fey added.

The comedic duo’s opening monologue was also significant in that they made no mention of politics despite the show being known for its political jabs. The co-hosts failed to mention the months following the 2020 presidential election or  embattled New York Gov. Andrew Cuomo’s mounting sexual harassment allegations.

Two women have come forward with allegations of sexual harassment against Cuomo that he denies. Meanwhile, he is also facing criticism for allegedly underreporting nursing home coronavirus deaths by as much as 50% to avoid federal scrutiny.

Though Poehler’s and Fey’s lack of politics may not come as much of a surprise given that Fey warned viewers before the show not to expect politics.

GOLDEN GLOBES 2021: A BREAKDOWN OF THE NOMINATED TV SERIES 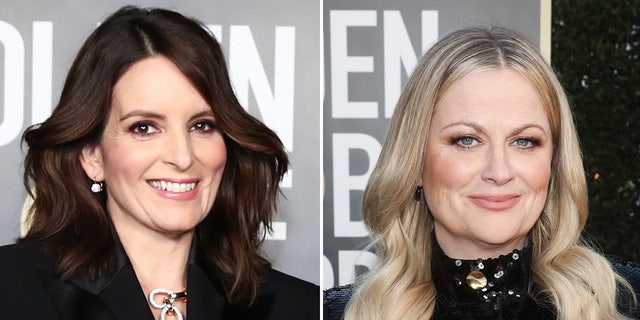 The first few glimpses of the awards show showed stars from this year’s nominated shows and films appearing over Zoom. And to no surprise, this year’s ceremony featured some technical difficulties.

Daniel Kaluuya took home the award for best supporting actor in a motion picture, the first award of the night, and his volume cut out while accepting the award via Zoom.

“You can see we unfortunately have a bad connection and we apologize for that technical problem and send all of our congrats to Daniel on his Golden Globe win,” nominee Laura Dern said.

Kaluuya later came back when his sound began working. Catherine O’Hara won best actress in a musical or comedy TV series for her iconic role in “Schitt’s Creek.” She credited creator Dan Levy for creating an “inspiring, funny, beautiful, family love story in which they let me wear 100 wigs and speak like an alien.”

This year’s show marks Fey’s and Poehler’s fourth time as hosts. The two have previously hosted the show from 2013 to 2015.

The 78th annual awards are being held bicoastally for the first time ever. Fey is appearing live from New York’s Rainbow Room while Poehler hosts from the usual Globes spot in Beverly Hills, Calif. The Hollywood Foreign Press Association (HFPA) announced the bold plan at the beginning of this month noting that it is a further effort to keep presenters and award recipients safe during the coronavirus pandemic.

As it stands, the ceremony has already been impacted heavily by the COVID-19 pandemic. In June, the HFPA announced that it was postponing the ceremony by almost two months. Typically, the Golden Globes air on the first Sunday of the calendar year as a sort of unofficial kickoff to the Hollywood Awards season. Fortunately, the postponement didn’t prevent it from acting as the usual influencer for the Oscars, which postponed its ceremony to April 25.

There are 25 categories at the Golden Globes (14 in film and 11 in television) and five nominees in each category, which puts it at 125 nominees. Streaming services were the big winner this year in terms of nods, with Netflix, Hulu, Amazon Prime Video, Apple TV+, Disney+ and HBO Max all scoring nominations in various categories.

Netflix comes in with a commanding 42 nominations, including a leading six nods for David Fincher’s “Mank” and  “The Crown” also topping TV nominees with six nods. Aaron Sorkin’s “The Trial of the Chicago 7,” also from Netflix, is also a heavyweight with five nominations.

Chloe Zhao, the “Nomadland” filmmaker and Oscar frontrunner, is expected to become the first woman of Asian descent to win best director at the Globes and the first woman since Barbra Streisand won for “Yentl” in 1984.

Chadwick Boseman, nominated for best actor for his performance in the August Wilson adaptation “Ma Rainey’s Black Bottom,” could win a posthumous Golden Globe. Boseman is widely expected to be nominated for an Oscar.

GOLDEN GLOBES 2021: TINA FEY SAYS NOT TO EXPECT ‘MUCH POLITICS AT ALL’ 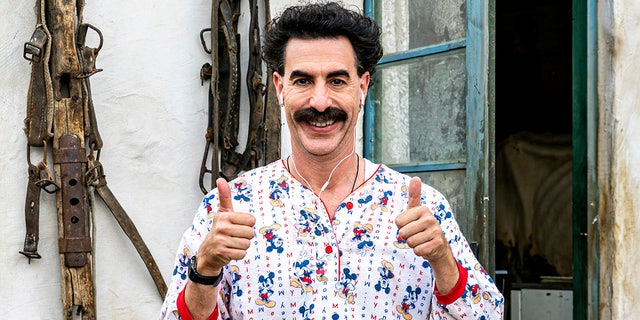 And “Borat Subsequent Moviefilm” stands a good chance of being crowned best picture, comedy or musical. With many of the leading nominees in the drama category, Sacha Baron Cohen’s sequel could emerge a big winner. Cohen, who won a Globe for his performance in the first “Borat” film, is nominated for “Borat Subsequent Moviefilm” and for his role in “The Trial of the Chicago 7.” 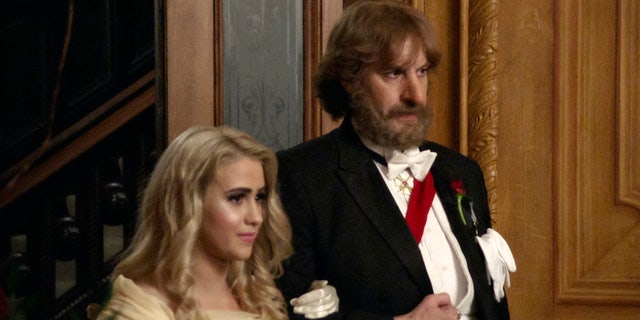 This image released by Amazon Studios shows Maria Bakalova, left, and Sacha Baron Cohen in a scene from "Borat Subsequent Moviefilm." The film was nominated for a Golden Globe for best musical/comedy.
(Amazon Studios via AP)

This year, none of the most acclaimed Black-led films — “Ma Rainey’s Black Bottom,” “One Night in Miami,” “Judas and the Black Messiah,” “Da 5 Bloods” — were nominated for the Globes’ best picture award.In a statement, the HFPA said it would make “an action plan” to change. “We understand that we need to bring in Black members, as well as members from other underrepresented backgrounds,” the group said.