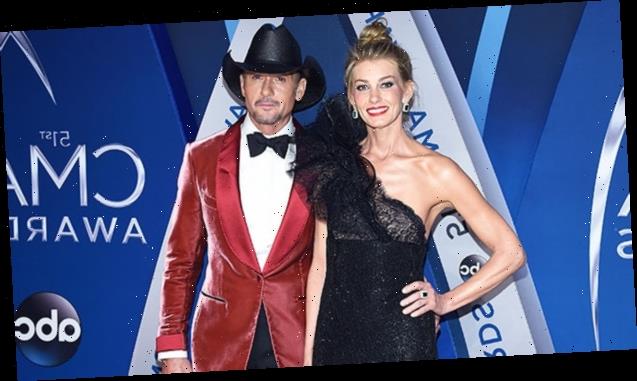 Gracie McGraw has clearly inherited her parents’ talents! The 23-year-old belted out a song from the Broadway show ‘Kinky Boots’ on Instagram that left fans in awe.

When Broadway reopens, the world needs to watch out for Gracie McGraw. The 23-year-old daughter of Tim McGraw and Faith Hill is a powerhouse singer in her own right, as she further revealed with a video of herself singing one of the hits from Kinky Boots. She explained why she chose to sing “The History of Wrong Guys” in the caption of her December 1 video, which you can watch below!

“Okay so this is suchhhh a fun song and can be done many different ways but this was my energy right now so that’s the energy I put into the character!! I absolutely love this show and think this song is just one that is instantly relatable,” Gracie wrote. “I also love this song because it allows a lot of vocal mess ups that you can cover up with character, so if you’re having an off night it makes it easy to do something wrong ;);) Merci”.

Her vocal range is amazing, and her faux British accent is just too cute. This isn’t the first time that Gracie’s showed off her show tune chops. She picked one of the biggest numbers from Wicked, “The Wizard & I,” for a November 22 Instagram video. “I know these aren’t the best vocal videos out there but Broadway makes me very happy and I hope to be there one day,” she wrote as the caption. “This is practice for me. The only way to get better is to do it multiple times honey!”

Gracie’s most recent video was recorded in her home studio, where she also practices pole dancing. It’s an intense workout that Gracie said makes her feel “powerful and able… I’m proud of myself. This is the best workout for my body and mind. I feel in charge and like a freaking boss.”