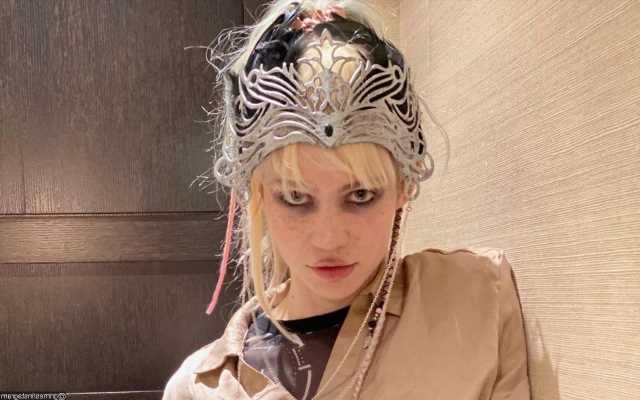 The ‘My Name Is Dark’ songstress, whose real name is Claire Boucher, leaves people baffled after she claims ‘AI is actually the fastest path to communism.’

AceShowbiz –Grimes has caught people’s attention with her recent social media post. Having shared a bizarre video on TikTok in which she talked about AI and communism, the “My Name Is Dark” songstress got trolled by many.

“I have a proposition for the communists,” the 33-year-old said in the Wednesday, June 2 post. “So typically, most of the communists I know are not big fans of A.I. But, if you think about it, A.I. is She added, “Like, we could totally get to a situation where nobody has to work, everybody is provided for with a comfortable state of being, [a] comfortable living.”

“AI could automate all the farming, weed out systemic corruption, thereby bringing us to, as close as possible, genuine equality,” she continued, before concluding her message, “So basically everything everybody loves about communism, but without the collective farm. ‘Cos, let’s be real, enforced farming is really not a vibe.”

After the clip made its way to Twitter, many users poked fun at the girlfriend of Elon Musk. One user in particular wrote, “lmao please what the f**k is grimes talking about. See if I were dating a billionaire I would simply shut up and not try to sell A.I. as a feasible path to communism.” Another tweeted, “watching grimes talk about communism i gotta go to bed.”

The criticism continued with one individual arguing, “Grimes is talking about communism on tik tok as if her baby daddy can’t solve world hunger in seconds.” Someone else echoed, “why is grimes so focused on communism when her boyfriend/baby’s father is literally what communists DO NOT want ?”

This was not the first time Grimes became a target of online critics. Back in April, she was flooded with questions about why she would date Elon, who is one of the world’s richest men. “GRIMESSS. HOW ARE YOU DOING THIS AND ACTIVLEY [sic] SLEEP1NG WITH THE MAN WHO LOTERALLY [sic] DESTROY THE PLANET AND HUMANITY,” one person asked her at that time, to which she replied, “How is he doing these things?… His whole career is about making travel/house power etc sustainable and green. It’s worth a deep dive.”