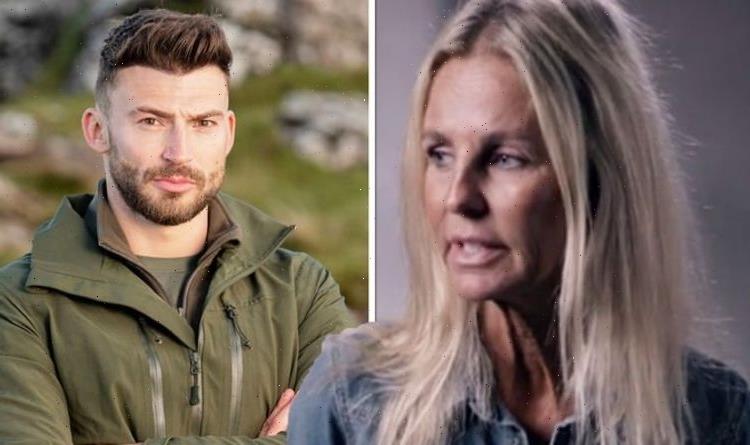 Ulrika Johnson, 54, has detailed some of the horrific moments she experienced while filming the hit show, Celebrity SAS: Who Dares Wins. One of these included a near swing with singer Jake Quickenden, 32.

He could have really swung for me, but he was very sweet.

She said: “I absolutely detest aggression or anything physical like that.

“So the whole idea when they said, ‘Right, you’re going to wrestle.’

“At the very end Jake Quickenden just lifted me by my waist and put me out of the ring.

“He could have really swung for me, but he was very sweet.”

The model had no idea what she was getting herself into on the show and struggled a lot. However, she said teammates like Jake helped her through.

When watching the show at home Ulrika found it so unbearable she would have to change channels, so much so she even tried to put the producers off her in the application process.

The mother of four told them she was physically weak and not cut out for the show, however the producers were fooled by none of it.

Talking about last Sunday’s episode, Ulrika mentions that she was not ready for the start.

She said: “The fear and cold meant I had no motor responses at all.”

Due to this, an ambulance was called for Ulrika within minutes of the first challenge.

The presenter suffers from Raynaud’s condition, which causes her to lose all circulation in her hands and feet.

The mix of nerves and how cold Ulrika was led to the flare-up of her condition in the challenge.

Reflecting on her time on the show, Ulrika said: “I just came back from it with a different kind of inner strength.

“I’m not a fully changed person and I still have a hangover of all the other insecurities and stuff that I have.”

The show follows Ulrika, Jake and 10 other celebrities who think they have what it takes to pass SAS selection.

Putting them through the challenges will be Ant Middleton and his team of ex-special forces soldiers.

The series was filmed before it was announced that Ant would be leaving the Channel 4 show.

Ant will however, continue to front the Australian version of the show according to The Sun.

Celebrity SAS: Who Dares Wins has returned to Channel 4 at 9pm every Sunday