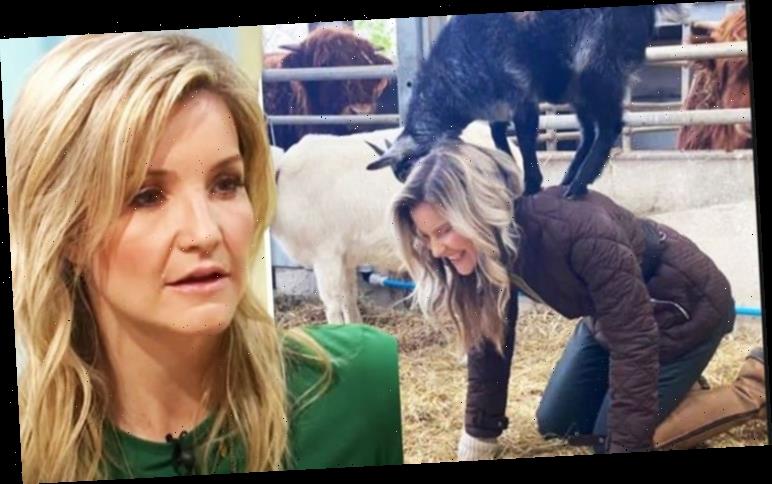 Helen Skelton struggles as goat stands on her back

This Week On The Farm presenter Helen Skelton, 37, took to Instagram to give her 236,000 followers a behind the scenes preview of what goes on during filming for the Channel 5 show, but made a big error. The TV star shared a short clip of herself on all fours, while a goat stood on her back, eating away at her hair.

I’m pretty sure I’m losing all my hair

Wearing a brown coat, jeans and knee high boots, the clip shared by the Carlisle native showed her kneeling in a barn, while a black goat munched away playfully at her hair while standing on her back.

The former Blue Peter presenter could be heard saying: “I’m pretty sure I’m losing all my hair.

“If I have a massive bald patch on next week’s show it’s not my fault.”

Standing on the TV host’s back, the goat was seen eating away at Helen’s blonde, curly locks, before a hand intervened and pulled strands away from its mouth. 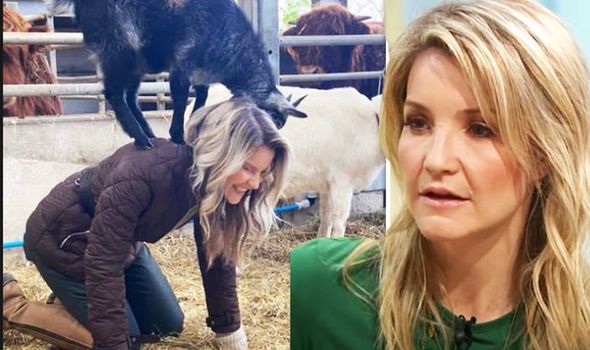 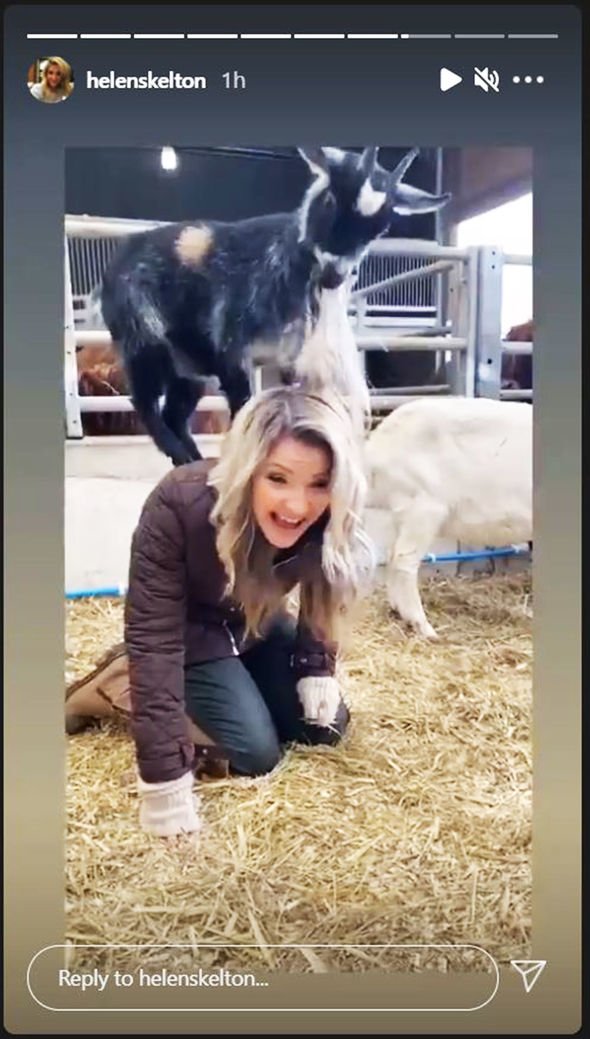 The presenter continued to let her fans know when to tune in to the show.

Helen said: “Thursday, 8pm, Channel 4,” she continued, before a colleague corrected her and said: “Channel 5.”

Meanwhile, the person filming the farcical event had their own goat-related struggle to deal with.

They exclaimed: “Ow,” before turning the camera to reveal a black and white goat as the culprit. 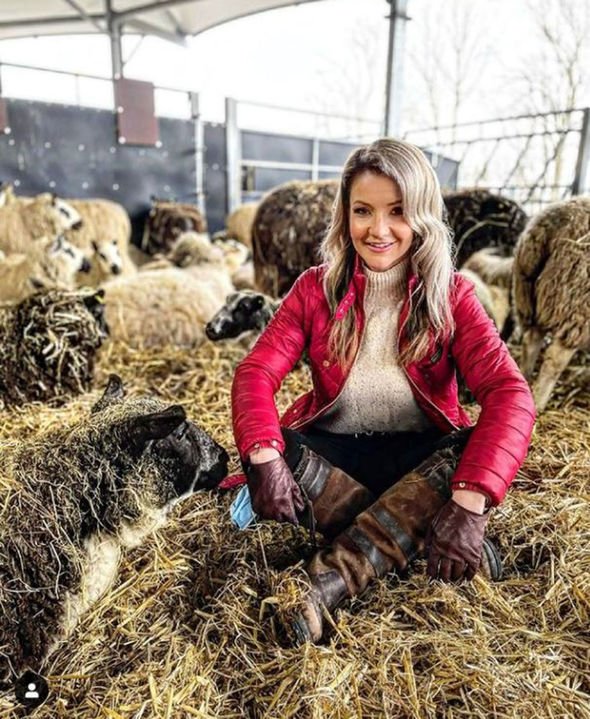 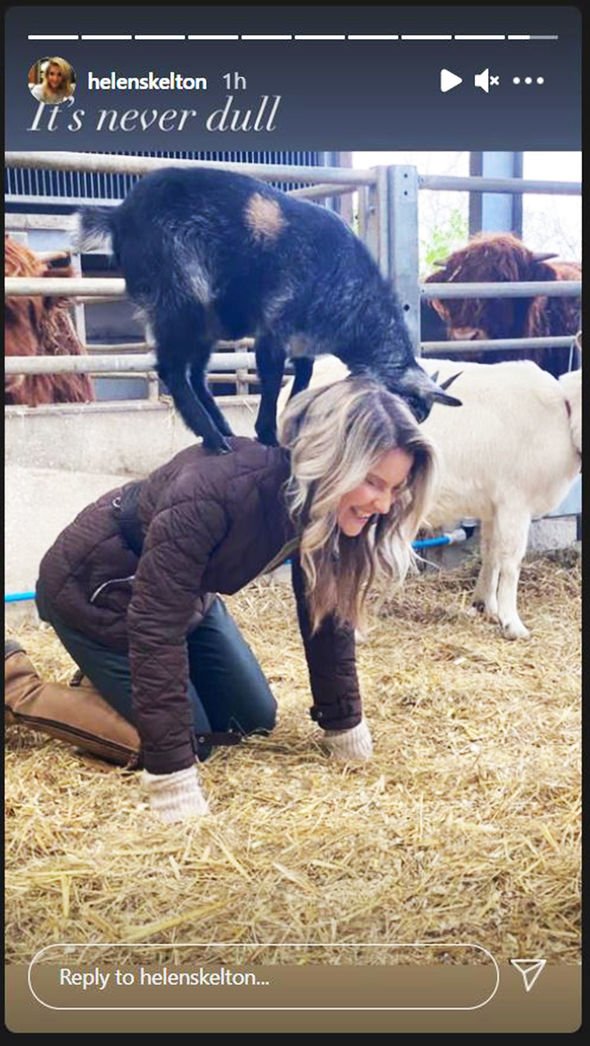 Returning to the This Week On The Farm host, Helen continued: “I don’t want it to fall off,” before the mischievous goat jumped off her back and onto the hay-littered floor.

In the next story, Helen shared a snap of the goat standing on her back while she grimaced, with the caption: “It’s never dull.”

Last week’s show revealed that four pygmy goats had been born on the Yorkshire farm.

Days ago Helen said one of the positives to being a freelancer was being able to spend time with her family and experience different jobs.

But, she divulged that in order to be flexible with jobs, sacrifices had to be made.

She began: “We’re in an industry where people go, ‘Oh what’s next for you?’ You should be able to say, ‘Spending time with my kids’.

“[But] You never have a chance to get upset with your colleagues and you never get dragged into the office politics – that’s what I like.”

Speaking exclusively with Express.co.uk, Helen revealed that she often questions if she should obtain a “predictable job”.

Helen stated: “Probably like any working mum in recent years, I’m like, ‘Am I doing the right thing?’

This Week on the Farm continues tonight at 8pm on Channel 5.