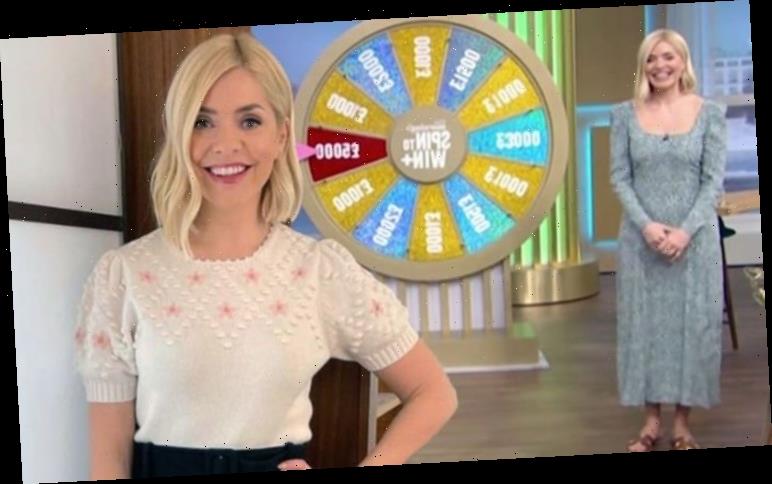 Holly Willoughby reveals that she’s ‘pulled her back’

Holly Willoughby, 40, appeared radiant in a post on her Instagram today, as she wowed in a short black skirt and short sleeve embellished jumper, ahead of her TV appearance. However, the This Morning host revealed she had been forced to neglect her usual stilettos for filming, after sustaining an injury on the programme yesterday.

Holly, who is known for wearing high heels for the daily broadcast, was seen in a pair of chunky flat shoes from Maje, after she hurt her back.

It comes as the host had changed into flip-flops for the Spin to Win segment after revealing she had injured herself.

On Instagram, in view of her 7.1 million followers, she typed: “Morning, back in flats today.

“God knows what I’ve done to myself better today just being careful!’ 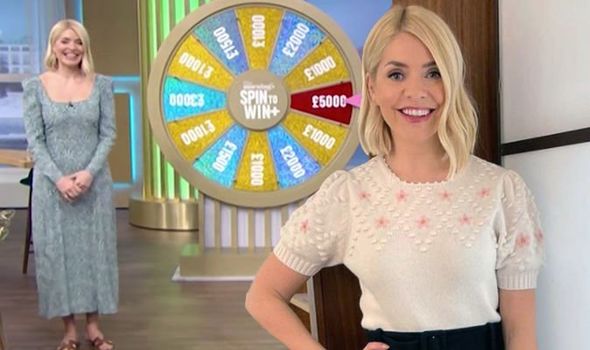 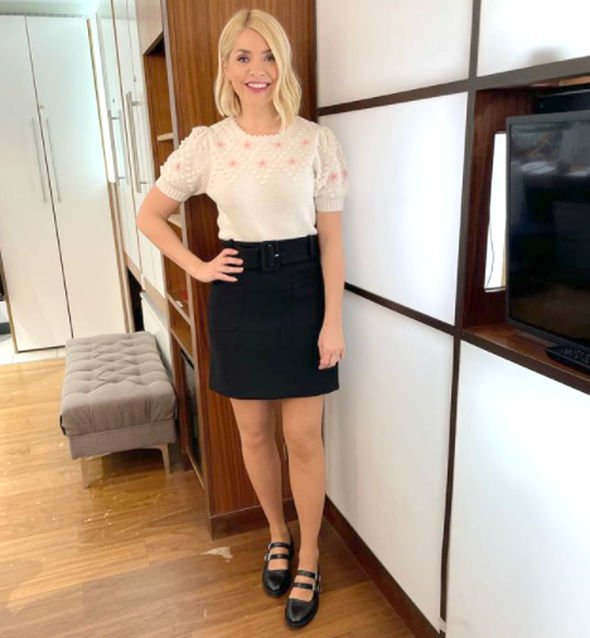 “See you on @thismorning at 10am… #hwstyle knitwear by @andotherstories shoes by @majeparis.”(sic)

Underneath fans flocked to the comment section, as they wished her a speedy recovery.

One said: “Aww! Hope your back gets better. Stunning outfit today.” 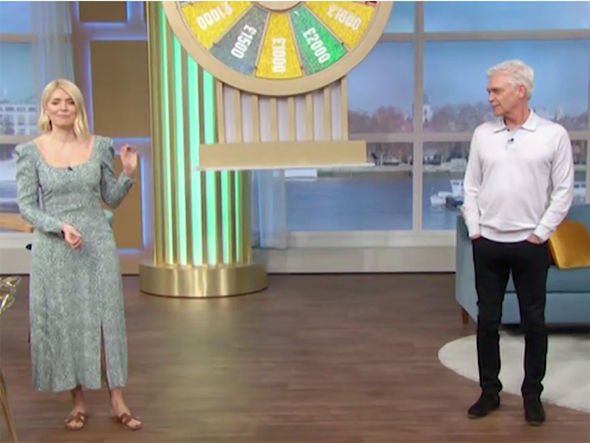 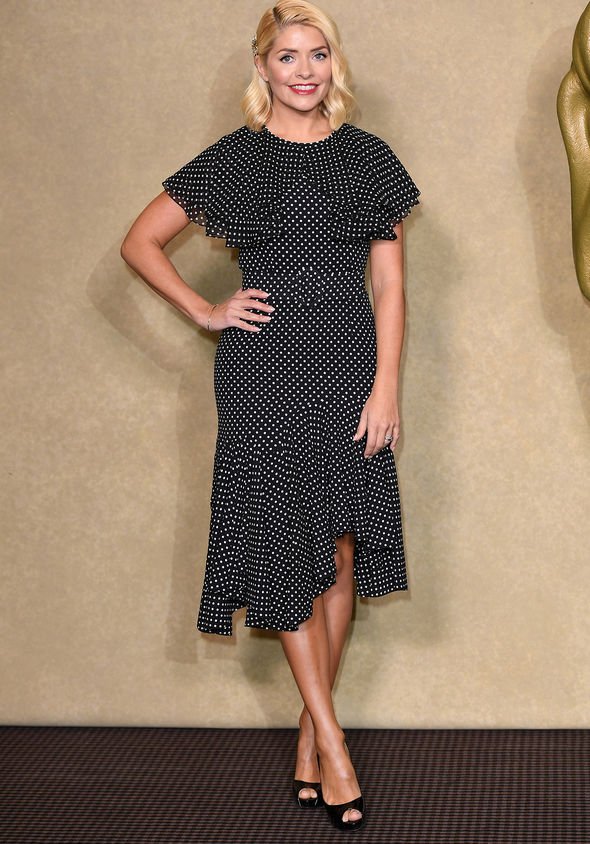 While a third commented: “I love these flats! See you at 10!”

Holly injured her back as she uncrossed her legs while on-air, and joked it was a side effect of turning 40.

While playing Spin To Win, Holly positioned herself on the left, rather than the right, where she normally stands.

She said at the time: “You might have noticed I’m on this side today, that’s because during the show I uncrossed my leg and have pulled my back, because now I’m over 40 that’s the stuff that happens.

“So you can’t actually walk out to get the tombola.. Not at speed anyway, it took a long time to get her back inside let me tell you.”

Holly replied: “They nearly had to wheel me out! If it hadn’t been for social distancing I’d have been on your back.”

Phillip joked: “I’m older than you, my back’s okay!”

However, Holly was unsure, as she questioned: “Is this the beginning of it now?”

The glamorous TV personality turned 40 last month, as ITV laid on an incredible display for her at their studios.

Holly was seen crying on Phillip’s Instagram story over the touching tribute, as she blubbed: “I am going to spend all day in tears, aren’t I?”