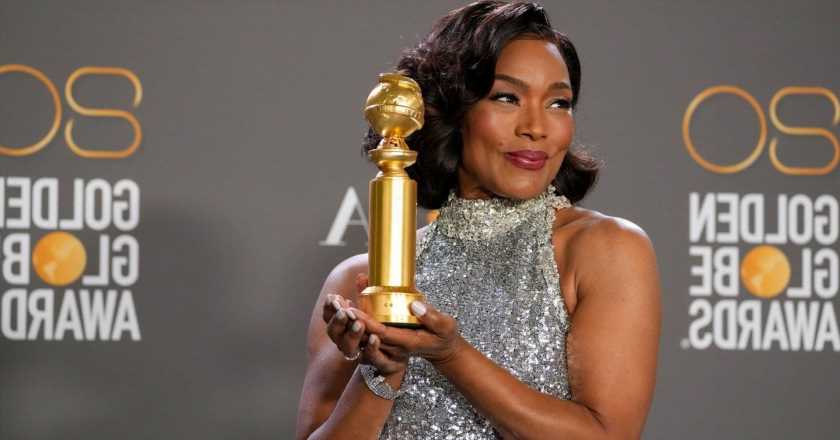 Angela Bassett made sure to pay tribute to her late co-star, Chadwick Boseman, when she won the Golden Globe for her performance in Black Panther: Wakanda Forever.

Angela Bassett is, let’s face it, Hollywood royalty – and she is now a two-time Golden Globe winner, too, after taking home the award for best supporting actress in a motion picture.

“The late Toni Morrison said that your life is already a miracle of chance just waiting for you to order its destiny,” she said, taking a moment to reflect on her first Golden Globe win for What’s Love Got to Do With It in 1994.

“But in order for that destiny to manifest, I think that it requires courage to have faith, it requires patience… and it requires a true sense of yourself.”

Golden Globes 2023: the best fashion moments from the red carpet

Bassett, who made history as the first Marvel Cinematic Universe star to be nominated for a Golden Globe and win, continued: “I stand here grateful, grateful, grateful to the Hollywood Foreign Press for giving me this honour, along with Wakanda Forever.

And, expressing gratitude for her “amazing team, who every day each and every one of them work along with me and beside me,” Bassett went on to pile some love on her “Marvel Disney family,” including Ryan Coogler, Kevin Feige, Luis de Esposito, Victoria Alonso and Nate Moore.

Things became truly emotional, however, when she paid homage to her late Black Panther co-star Chadwick Boseman, who died of colon cancer in August 2020 at the age of 43.

“We embarked on this journey together with love,” she said.

“We mourned, we loved, we healed, and we were surrounded each and every day by the light and the spirit of Chadwick Boseman. And we have joy in knowing that, well, with this historic Black Panther series, it is a part of his legacy that he helped to lead us to.”

Bassett finished: “We showed the world what Black unity, leadership and love looks like beyond, behind and in front of the camera. And, to the Marvel fans, thank you for embracing these characters and showing us so much love.

“We just made history with this nomination. And with this award, it belongs to all of you, all of us.”

A speech truly fit for a queen, quite honestly. Congratulations again to Angela Bassett.