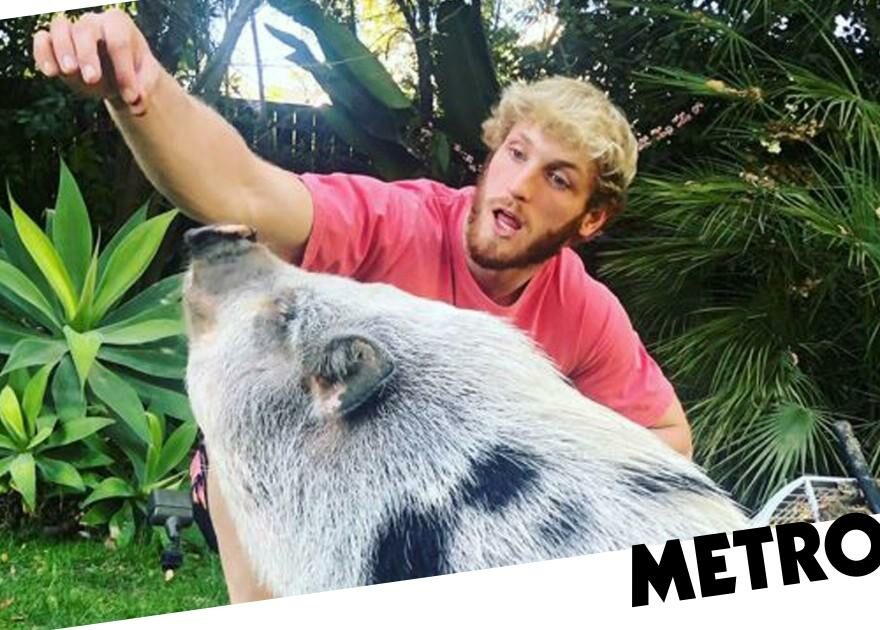 Logan Paul has expressed his gratitude towards an animal sanctuary for rehousing his pet pig after it was revealed the animal was found abandoned.

The famous YouTuber and energy drink entrepreneur was initially left ‘shocked’ on Tuesday after learning the pet pig he gave away two years ago was discovered abandoned and allegedly abused.

Gentle Barn, the non-profit sanctuary that has been taking care of Pearl has since disclosed they have received a message of thanks from Logan.

‘The Gentle Barn has now received an email from Youtuber Logan Paul thanking us for taking in Pearl the pig,’ they told Metro.co.uk in a statement.

‘Pearl is getting the best care at our animal sanctuary,’ it continued. ‘Here are some of the things we have done and are doing to help her thrive. 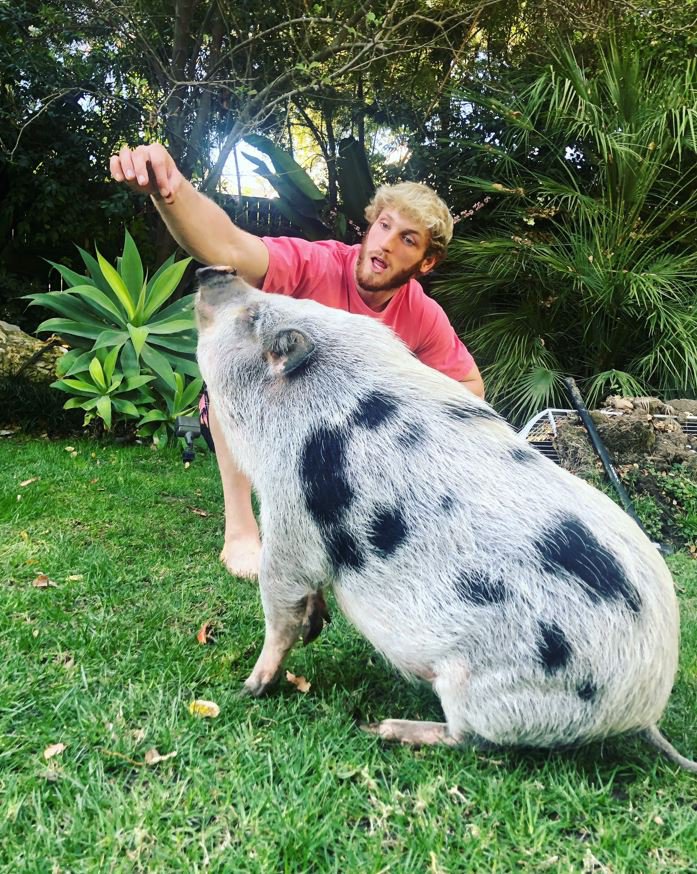 ‘We got her examined by a veterinarian, checked her teeth, did extensive hoof trims as they were grossly overgrown, got her spayed and while doing so discovered and healed a potentially life-threatening infection.

‘We’re feeding her organic fruits, veggies, and grains to get her healthy and full of energy, and giving her sound therapy.

‘We have been slowly introducing her to our potbelly pig family and Pearl has now been fully accepted.

‘Pearl and her new potbelly pig family are now exploring together during the day and sleeping together at night. Her best friend is our pig Barry—they even snuggle together.

‘She loves to follow us around during the day and join us in our barnyard chores. She especially loves Sundays when she rolls over for belly rubs for our guests.’

Their update comes after Logan tweeted news of the pet’s current whereabouts and publicly penned a message to The Gentle Barn who found Pearl a place to stay in Santa Clarita.

The social media star also explained how his pet lost her way in a series of threads: ‘Pearl was rehomed to an amazing Ranch that I visited in Santa Clarita when I moved to Puerto Rico. I was unable to bring her to the island.’

Logan went on to allege: ‘She lived there happily for 10 months before the owner sold the Ranch. She was rehomed w/o my knowledge to the Farmer across the street.

‘As far as I know, the Farmer called the Gentle Barn to pick her up, & denies there was a second pig — Pearl was transferred alone.

‘This is an incredibly heartbreaking situation, I had Pearl for 2 years.

‘I’m beyond thankful to the @TheGentleBarn for taking her in & will do whatever I need to aid in Pearl’s care [sic].’

According to TMZ on learning of Pearl’s condition, the star personally contacted the animal sanctuary and offered to ‘contribute to her care again’ once he thanked them for rescuing the pig.

A source also told the outlet of Logan’s deep upset at hearing the news.

The sanctuary posted about the incident on their own social media accounts and uploaded a video of Pearl being transferred to the sanctuary for treatment.

In text provided within the video, the charity explained: ‘We got a call about a pig abandoned in a field, she was found with another pig who had passed away. She’s lucky to be alive.

‘We were told she belonged to a famous YouTuber and was irresponsibly rehomed.

‘All we know for sure is she ended up abandoned and scared with mangled ears and a broken heart.

‘So we brought her to our sanctuary with a promise that she will never be alone again.’