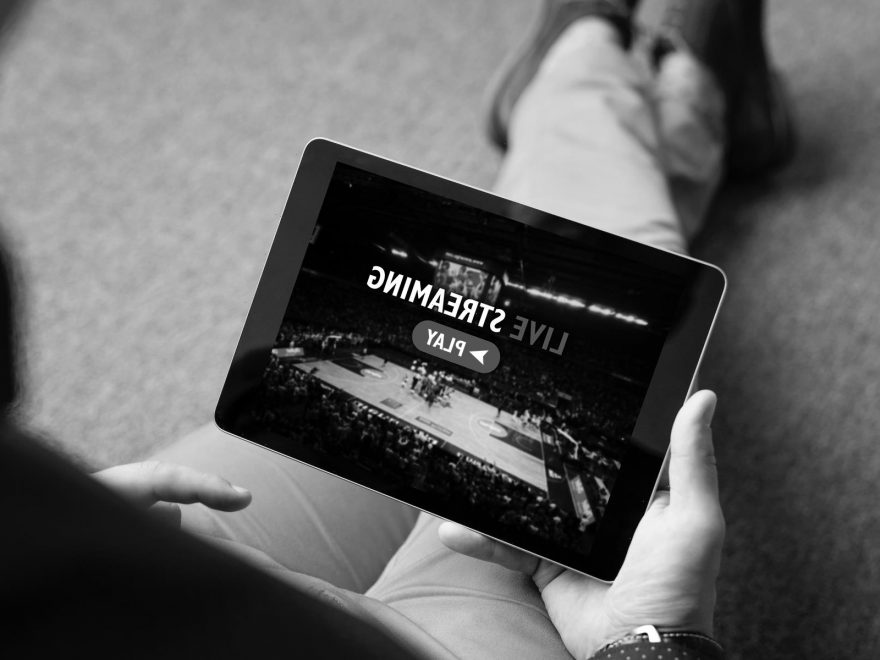 The pandemic has stripped us of so many things we hold sacred, not the least of which is the magic of experiencing live sports.

We’ve all felt it: that sense of anticipation and rush of excitement when you cross the threshold and step into an arena of competition, when you hear and feel the crowd rise to their feet and cheer — that moment when a packed stadium holds their collective breath in unison. We’ve seen the lights and displays and witnessed the raw power of the world-class athletes.

Live sports are more than just athletic competition — they are pure entertainment.

In the midst of this pandemic, however, sports properties have been challenged to replicate this same level of entertainment and engagement.

RS Charts: The Weeknd's 'Save Your Tears' Surges Thanks to Ariana Grande Remix

'Silence of the Lambs': 'It Broke All the Rules'

In the absence of live sporting events, cheaper and more convenient forms of entertainment are replacing sports viewing. Despite this, some incredible creativity and innovation are happening in the sports industry to engage and entertain today’s sports fans. I’d like to shine a light on the recent developments and standout examples leading the way in giving fans what they want.

With all the different OTT and social media platforms battling for the attention of today’s “fluid fans,” as my organization calls them. The properties that can go to where the fans are and deliver them content they can relate to will inevitably win over these fluid fans and, ultimately, win in the market.

Boxing legends Mike Tyson and Roy Jones Jr. made their way back to the ring for an exhibition boxing match, where the result of the fight was probably the afterthought of the evening. The match ended in a draw at the Staples Center in Los Angeles, but the key takeaway was the promotion of the fight from the social media platform Triller. Triller was the main broadcaster of the fight card headlined by Tyson and Jones. Not only was the fight broadcasted on the mobile app, but it was also available on a computer or tablet and through multiple OTT providers and pay-per-view cable providers. If you’re not familiar with Triller, it is very similar to TikTok, attracting much of the same audience and demographic.

The younger generation of fans using the Trilller app didn’t see either of these fighters perform in their prime. So why would Triller want to promote a fight like this? Well, it is more about going to where the fans are and building content for that audience.

The main event between Tyson and Jones was supplemented by a fight between a YouTube star and a former NBA player, as well as various performances by rappers Snoop Dogg, French Montana, Wiz Khalifa, Saint Jhn and YG. Triller used this as an opportunity to showcase their platform by bringing in artists and celebrities that their younger audience would know as a form of promotion rather than focusing on the two 50-plus-year-old boxers who were set to be the main attraction.

The Rolling Stone Culture Council is an invitation-only community for Influencers, Innovators and Creatives. Do I qualify?

While this example stood out and gained national attention, this is not the first time we have seen leagues around the globe implement similar strategies to attract a younger audience to sports.

Recently, the NHL launched a web series with Snoop Dogg called “Hockey 101.” (Full disclosure: Sports Innovation Lab is partnered with the NHL.) Snoop was also featured in the popular video game NHL 20, and he even joined a broadcast for the Los Angeles Kings to help announce a live game, which I got to learn more about during a recent conversation with my good friend, Heidi Browing, CMO of the NHL, on my company’s podcast.

The NFL and the popular battle royal game Fortnite by Epic Games have partnered on multiple occasions. (Full disclosure: Sports Innovation Lab is partnered with the NFL.) NFL jerseys and logos have been available for purchase as digital skins in the game through the Epic Games Store. The league also held a Fortnite tournament around the Super Bowl in January 2020 called Twitch Rivals: Streamer Bowl, where NFL athletes partnered up with popular Twitch streamers. The NFL used this event to target the younger fans, and it was no coincidence that it coincided with the league’s biggest game of the year. Leagues know that they are battling in the attention economy and the smarter properties will go to where these younger new age fans are.

Amid the Covid-19 pandemic, the NBA launched its NBA Together social media campaign. Once a week an NBA star was interviewed by an NBA broadcast talent and answered questions from fans on Instagram Live. The campaign also featured a content series called the Jr. NBA at Home, where league players and coaches led virtual workout and training sessions for younger fans to do at home. The program was also integrated into the youth training app HomeCourt so the younger athletes could track their progress. This campaign allowed NBA players to get closer to fans and interact with the younger generation on social media, and it offered fans a way to train and be more like the athletes they admire. Creating a connected network and utilizing technology to interact and engage with younger fans is critical in this day and age when fans are stuck consuming sports at home.

As an entrepreneur and innovator, I am fascinated and inspired by all these examples. And as a business leader, I am so proud of the inroads being made and our collective work to remain at the forefront of the industry’s efforts to make it easier for fans to enjoy sports. When more fans watch and engage, we ensure the next generation of fans feel the power of community and sports and we all win.