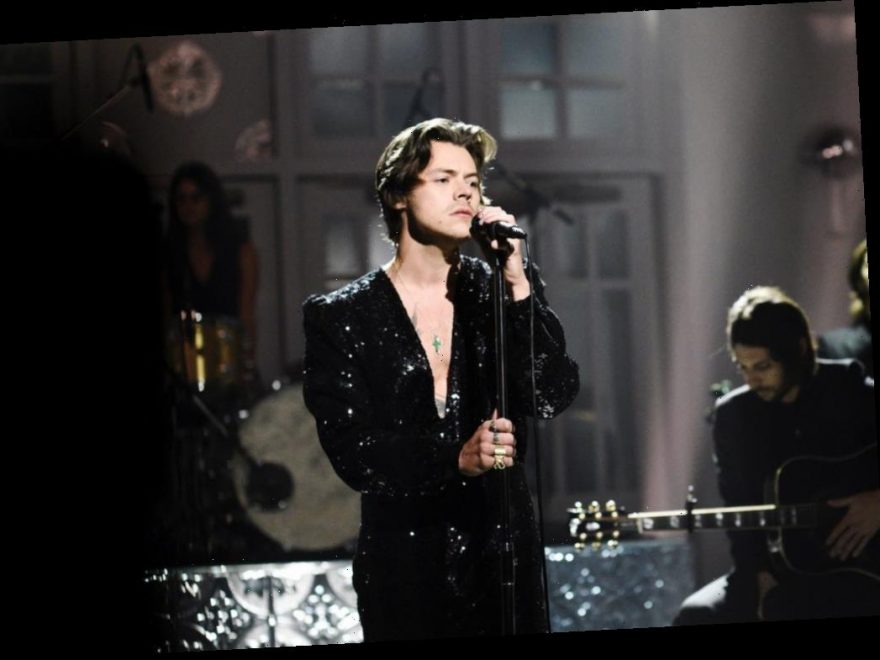 Harry Styles, who used to be in One Direction, has made waves with his singing, clothing, and yes, his tattoos. The “Treat People With Kindness” singer has been getting tattoos for several years, ever since his days in the boy band. Styles’ tattoos are so famous — they have even inspired countless apparel and merchandise that fans wear to feel connected to him.

Styles’ tattoos are usually visible in magazine spreads and music videos — a recent Vogue photoshoot had the multi-hyphenate’s body art on full display in open tops and jackets. When he attended and co-hosted the Met Gala in 2019, his see-through black Gucci get-up elegantly teased his tattoos on the upper part of his body.

He has a common motif among some tattoos

Styles has many tattoos that fit into a nautical theme. He has tattoos of an anchor, a pirate ship, a mermaid, and swallows among his many designs. The singer spoke to Us Weekly about his swallow art at the top of his torso in 2012.

“I got two swallows on my chest,” Styles said. “I like that kind of style of tattoos, like the old sailor kind of tattoos. They symbolize traveling, and we travel a lot! Anyone who says tattoos don’t hurt is a liar!”

Interestingly enough, when fans got to witness Styles getting a tattoo themselves he didn’t seem to be in much pain at all.

Styles got a tattoo on national television in 2015

Fans of One Direction may count Styles’ tattoo saying the words “Late Late” as one of the most memorable he has gotten. And that may be because Styles got the body art on late-night television alongside his bandmembers and James Corden on The Late Late Show in December 2015.

The segment consisted of a game — Tattoo Roulette — in which each member of the band had to select a red box. One box was labeled “tattoo” while the remaining read “safe.” “Heartbreak Weather” singer Niall Horan was quite nervous since if he were chosen to get a tattoo, it would have been his first. Styles, Louis Tomlinson, and Liam Payne all already had been inked before. Luckily, Styles was the one who chose the “tattoo” box, and he got his “Late Late” ink while on the show, smirking the entire time.

How many tattoos does Styles have?

Styles revealed to Variety for a December 2020 magazine spread that he has 60 tattoos. And having that many tattoos can sometimes come with the struggle of covering them up for projects such as music videos or movies.

“It’s the only time I really regret getting tattooed,” Styles told the publication stating that it can take an hour to conceal his body art.

While his tattoo count is at 60 for now, there is little doubt that number will only continue to grow — and we can’t wait to see what kind of art he gets on his body next.