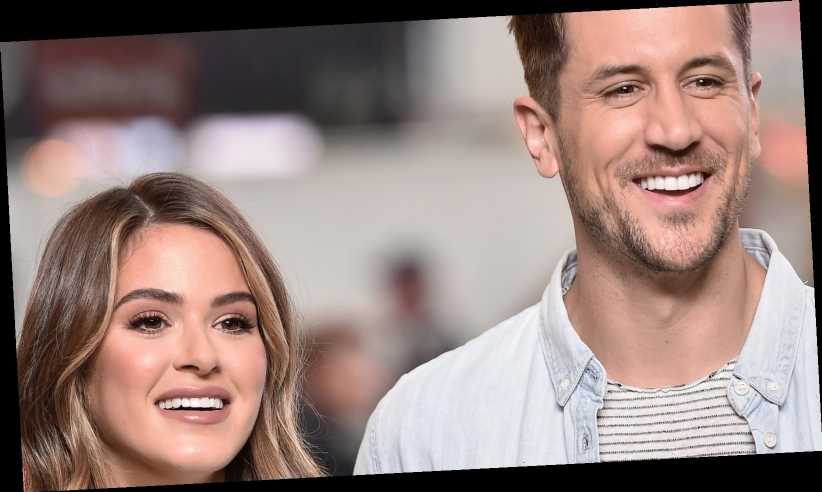 With all the drama surrounding Bachelor Nation these days, there is plenty of gossip to keep Americans buzzing for months to come. The After the Final Rose Ceremony on March 15 was as emotional as it gets. Matt James admitted that he refused to have a final conversation with Michelle Young, and after a series of long, tense pauses, he told Rachael Kirkconnell she doesn’t understand “what it means to be Black in America.” As if to quickly distract us from this crash-and-burn ending, Michelle and Katie Thurston then announced their two back-to-back seasons of The Bachelorette.

But do you ever wonder if international versions of The Bachelor and The Bachelorette are as emotional and dramatic as America’s? If you have yet to see The Bachelorette: Canada, for instance, you’ll want to plop down on your sofa with a hefty glass of wine right now. While Canada’s version of the Bachelor franchise may not have been as popular as America’s, it had a couple differences that certainly made for an interesting season.

The Bachelorette: Canada felt less staged, but the winner looked like the villain

Canada’s first season of The Bachelorette premiered on September 13, 2016, a few months before JoJo Fletcher’s season debuted in America. Featuring the quirky and likable hairstylist, Jasmine Lorimer, the Canadian Bachelorette had all the usual drama, tears, and heartbreak, via YouTube.

However, viewers felt that Jasmine’s season seemed slightly less staged than JoJo’s. According to Bachelor aficionado, Rebecca Farley, reporting for Refinery29, international versions of the reality show may feel a little more authentic because they are still in their early stages. The American franchise has the pressure of cooking up something new each year, which translates into more manipulation from the producers and more editing of the footage.

In another interesting contrast to the American Bachelorette, the Canadian series nearly depicted the winner of Jasmine’s season as the villain. As described by Marie Clare, many fans were upset that Jasmine chose Kevin Wendt over Mikhel Sickand. Kevin was quick to get angry, and he appeared unreliable when he walked out on Jasmine after a heated argument. Mikhel, on the other hand, had never-ending patience, and his family adored her, per Global News.

Despite all of this juicy drama, The Bachelorette: Canada has since been canceled. We may have only gotten one season out of Canada, but it definitely left its mark on Bachelor Nation.