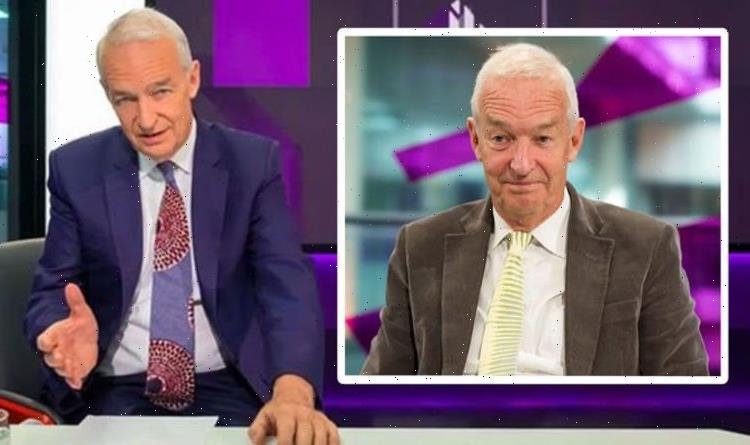 Jon Snow: Channel 4 News looks back at career of newsreader

Jon Snow, 74, is a man of many talents but best known as one of the main anchors for Channel 4 News. However, the journalist revealed he was once forced to take on a very different role away from TV, and it was all thanks to his father.

It’s so bad, on Remembrance Sunday I had to conduct the service

Jon, who announced this year he would be leaving the news channel after 32 years, opened up about his plans for Christmas when he revealed he occasionally acts as a vicar at a Berkshire church, who have no one appointed to fill the role.

Explaining he will be going down to his country house in the south east for the festive season, he said: “We go down there and go to church, but we haven’t got a vicar.

“In fact, it’s so bad, on Remembrance Sunday I had to conduct the service!”

Jon added: “We’ll go on Christmas morning – you have to have the penance before you get the presents.”

The award-winning broadcaster revealed his father was a bishop and therefore he is ecclesiastically qualified to do the job.

And he’ll perhaps have more time on his hands to step in as vicar if need be, after he revealed he was leaving Channel 4.

“I’m 74 and I’m beginning to show it,” he chuckled during his interview with Radio Times.

“You don’t want to look craggy on air.

“So, it’s time I was assassinated.”

The acclaimed journalist will leave the programme as the longest-serving presenter in the show’s history, at the end of this year.

But despite no longer being the face of the flagship news show, he won’t be waving goodbye completely to his broadcasting days as he will continue to work with Channel 4 in 2022.

He will front longer form projects, focus on his charities and some of his many passions in life, peoples’ stories, inequality, Africa, Iran and the arts.

He broke the news back in April, saying: “After three incredible decades on Channel 4 News, it is time to move on.

“I am excited by the many things I want to accomplish but I have to say I have enjoyed every minute of my time with the programme.

“It has brought me adventure, as well as sorrow in some of the stories that I have had to report and also joy in reporting others, but above all, it has brought me community in working with the most fantastic group of people who are bound in intellect, humour and understanding.

“Together, we have forged a wonderful service.”

He went on to say: “I feel proud to have contributed to Channel 4 News let alone to have anchored the programme for the last 32 years.