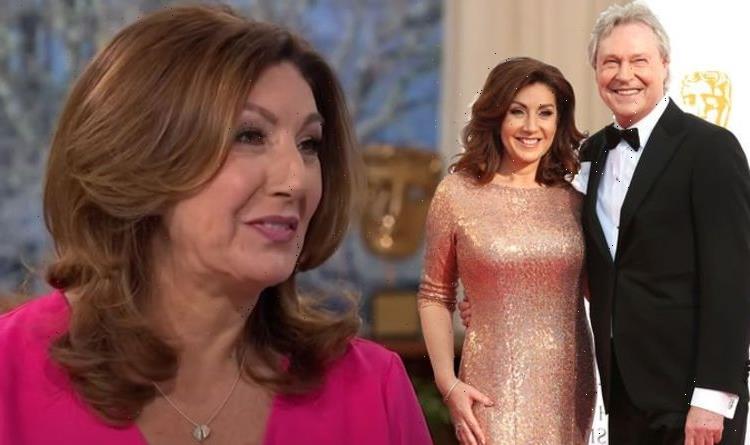 Singer Jane McDonald is loved by many thanks to her bubbly personality and remaining true to her roots. The Loose Women star has always stayed humble, previously admitting she couldn’t date somebody because they were a “pop star”.

Eddie Rothe turned out to be Jane’s forever love, with the pair remaining together until the former’s heartbreaking death in April.

Jane, 58, and Ed became engaged in 2008, shortly after reuniting with her former flame but she was left stunned after discovering Ed still kept a picture of the pair.

The couple had dated during their late teens but parted ways, with Jane believing she couldn’t date him at the time.

The Wakefield, West Yorks, born star reflected on her relationship with Ed, who found fame as the drummer for the band, The Searches, in a previous interview.

Speaking to OK! Magazine, Jane revealed that she and Ed became romantically involved with one another when they were just 17 but soon made the decision to part ways.

However, 26 years later in 2008, following a chance encounter, the pair rekindled their romance spending over 12 years together.

“He was wild, rock ‘n’ roll and beautiful! I couldn’t believe that he wanted to go out with me,” she said reflecting on their younger years.

Jane continued: “I was a barmaid in Wakefield and he was an Adonis but part of me knew it was the wrong time because he was a pop star in those days, and I knew he had a lot of living to do.”

Discussing the moment they met again, the Dance Yourself Dizzy songstress explained: “It was a Sliding Doors moment. We did a segment on Loose Women about famous former boyfriends, and I mentioned I used to go out with Ed.

“His bandmate from The Searchers, Frank Allen, was watching and he knew Ed still kept a photo of me and him!”

The singer continued: “One night in The Ivy, Frank came over to me and said: ‘You should probably give Ed a call!’

“A week later, Ed was at the ITV studios because the band were on This Morning — it was as if we’d never been apart.”

Despite the pair going on to finally become engaged, Jane admitted she didn’t want to tempt fate, admitting that their relationship didn’t need a formal piece of paper.

“We’ve got such a great relationship, I don’t want to tempt fate, it just works, I’ll always be with Ed.”

Jane went on to say that she and Ed knew they would be “together forever”.

Sadly, Jane was dealt a heartbreaking blow in April, when Ed lost his battle to lung cancer several weeks prior to her announcement.

Taking to social media on Jane’s official accounts, a spokesperson for the singer wrote: “It is with immense sadness that we share the news that Jane’s beloved life partner, Ed, passed away on Friday 26th March.

“He had been battling lung cancer for the last few months.”

They continued: “We would like to thank everyone for all their help and support during this very difficult time, especially the NHS staff and the wonderful team at The Wakefield Hospice.”