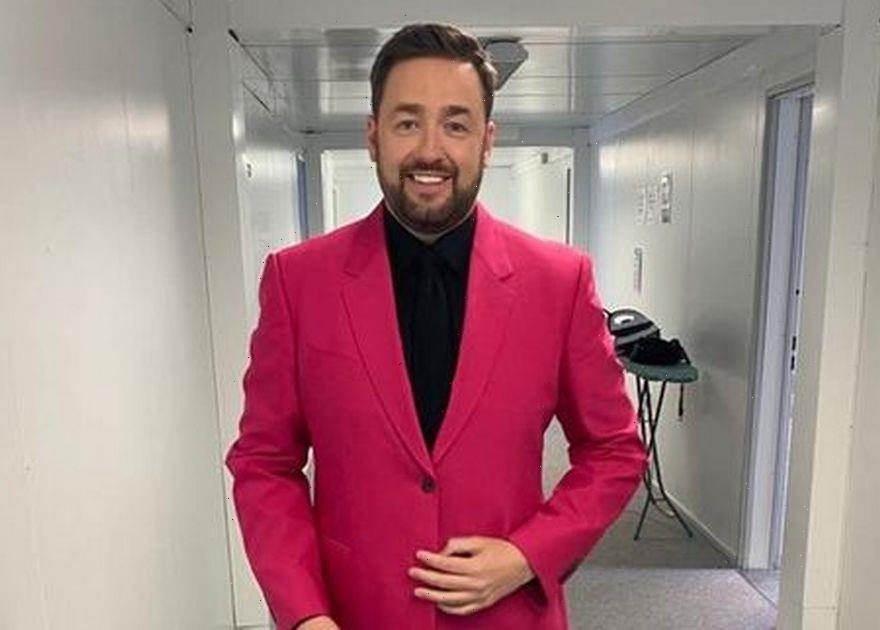 Jason Mansford has shown off his impressive three stone weight loss in a neon fushia pink jacket after he made it his mission to lose weight.

The comedian, 40, revealed his trim figure after he lost the weight in less than six months, after he made it his New Year's resolution to cut out the junk food.

It wasn’t just his health that made him want to get fit, as he also vowed to improve his mental health and body insecurities.

Speaking to the Mirror, the Mancunian shared how his weight has affected his confidence over the years.

He said: “I think I've thought about my weight every day of my adult life.

“Not crying about it, but gone upstairs and tried to put something on that doesn’t fit, or got out of breath chasing the kids.”

Despite the ongoing pandemic Jason, who shared his lavish theatre themed 40th birthday bash, has successfully dropped from 17 stone 5lbs to 14 stone 10lbs.

The comic, who recently opened up about the death of his late friend Michelle Mullane, admitted that one of the main ways he would fight his insecurities was to write jokes about them for his stand-up specials.

At the age of 17, Jason shared how he was called a “fat Michael Owen” from a heckler in the crowd.

Instead of letting the hurtful comment get him down, he reclaimed it and used the joke to his advantage by incorporating it into his act.

He revealed to the publication: “I used it a lot, the fat Michael Owen was one of my first jokes at my first Live At The Apollo appearance.”

The father-of-six first found fame when he landed his first TV appearance when he joined the Channel 4 panel show 8 Out Of 10 Cats in 2010.

Now the father-of-six has ditched the hurtful comment and vowed to stick with his happier, healthier new lifestyle.